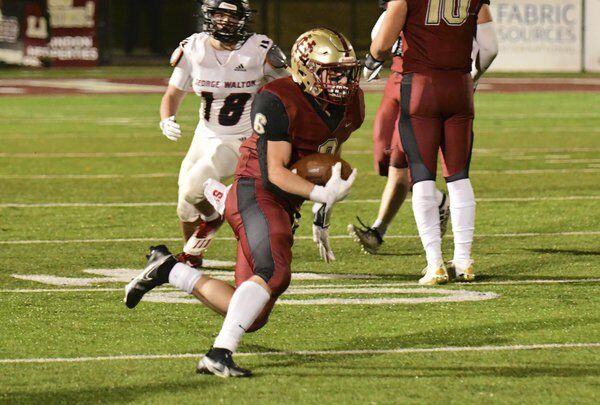 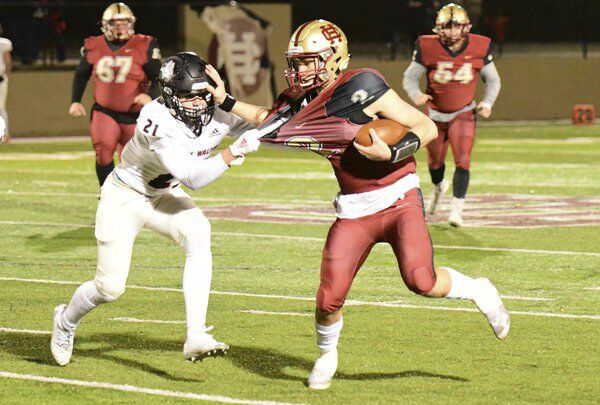 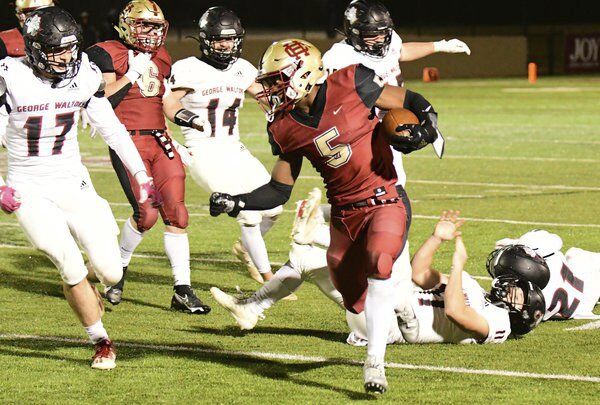 Going into a second round playoff Class A Private playoff matchup with George Walton Academy, Christian Heritage head coach Jay Poag said he saw a similar team to his.

Those two similar teams went back and forth in a slugfest, but George Walton was left with the ball last and with the lead.

Christian Heritage scored with just over a minute left to cut their deficit to three, but the Bulldogs fell on an onside kick, leaving the Lions to watch as kneel downs ran out the time on their season.

“I thought this was a great football game between two very evenly-matched teams,” Poag said. “I’m proud of our guys for fighting to the very end.”

George Walton had the ball for much of the fourth quarter, scoring to take the lead right from the start of the final stanza and making big plays to keep the ball out of Christian Heritage’s hands.

The first play of the fourth quarter, coming after a late flag and defensive pass interference call on the Lions kept a George Walton drive alive, was a touchdown. Lathan Folgman ran in from the nine to give the Bulldogs a 21-17 lead.

“I thought that was the play of the game,” Poag said of the pass interference call. “I thought that turned the football game. It’s unfortunate, but you have to play through some of those things. It’s playoff football.”

From there, Christian Heritage had a promising go-ahead drive working. Chunk plays on the ground and through the air had the Lions in George Walton territory, but a toe-tapping interception of quarterback Christian Thomas by Russell Huntley gave the Bulldogs the ball back with the lead at their 24 and eight minutes to go.

The Lion defense couldn’t drag George Walton off the field. Even on a fourth down from their own 31, the Bulldogs went for it, converted and kept the clock moving.

“That was a gutsy call to go for it on fourth,” Poag said.

Quarterback Gavin Hall, who completed 8-of-9 passes for 131 yards on the night, threw the dagger. He found Jake Whitten for a 24-yard score that put the Bulldogs up 28-17 with just 3:08 to go.

The Lions struck back quickly when Thomas found Evan Lester for a 49-yard score with 1:15 left, but Christian Heritage couldn’t recover the onside kick.

“There was no quit,” Poag said. “We were planning on getting the onside kick and going down there and winning it.”

In the first half, both teams had missed opportunities that could have gotten a bigger lead for one side or the other.

George Walton turned the ball over on downs once in Christian Heritage territory, and the Lions did the same twice. Thomas was also picked off in the first half, ending another scoring chance.

Thomas, despite the two interceptions, passed for 199 yards and a touchdown on 14-for-20 passing. Thomas also rushed for 45 yards, converting several key third downs on scrambles.

Solomon Locke got the Lions on the board in the first quarter with a 37-yard rush after a Jack Ellerbee touchdown for George Walton opened the scoring.

Ellerbee scored another rushing touchdown in the second quarter, and Christian Heritage’s Carson Russell nailed a field goal as time expired on the first half to make the score 14-10 George Walton.

The Lions opened the third looking like they were ready to take control.

A 14-play drive that took the first seven minutes off the clock ended with a Locke two-yard score.

Locke finished with 93 yards and the two touchdowns on 12 carries.

The Lions won their region this year for the first time in the school’s nine seasons of GHSA football competition. The 10 wins, with two forfeits due to COVID-19, are a school-best.

“These guys put this school on the map,” Poag said. “This is the football program to be in in this area. Playing football in December is a lot of fun, I hope it’s something we get to continue to do for years to come.”