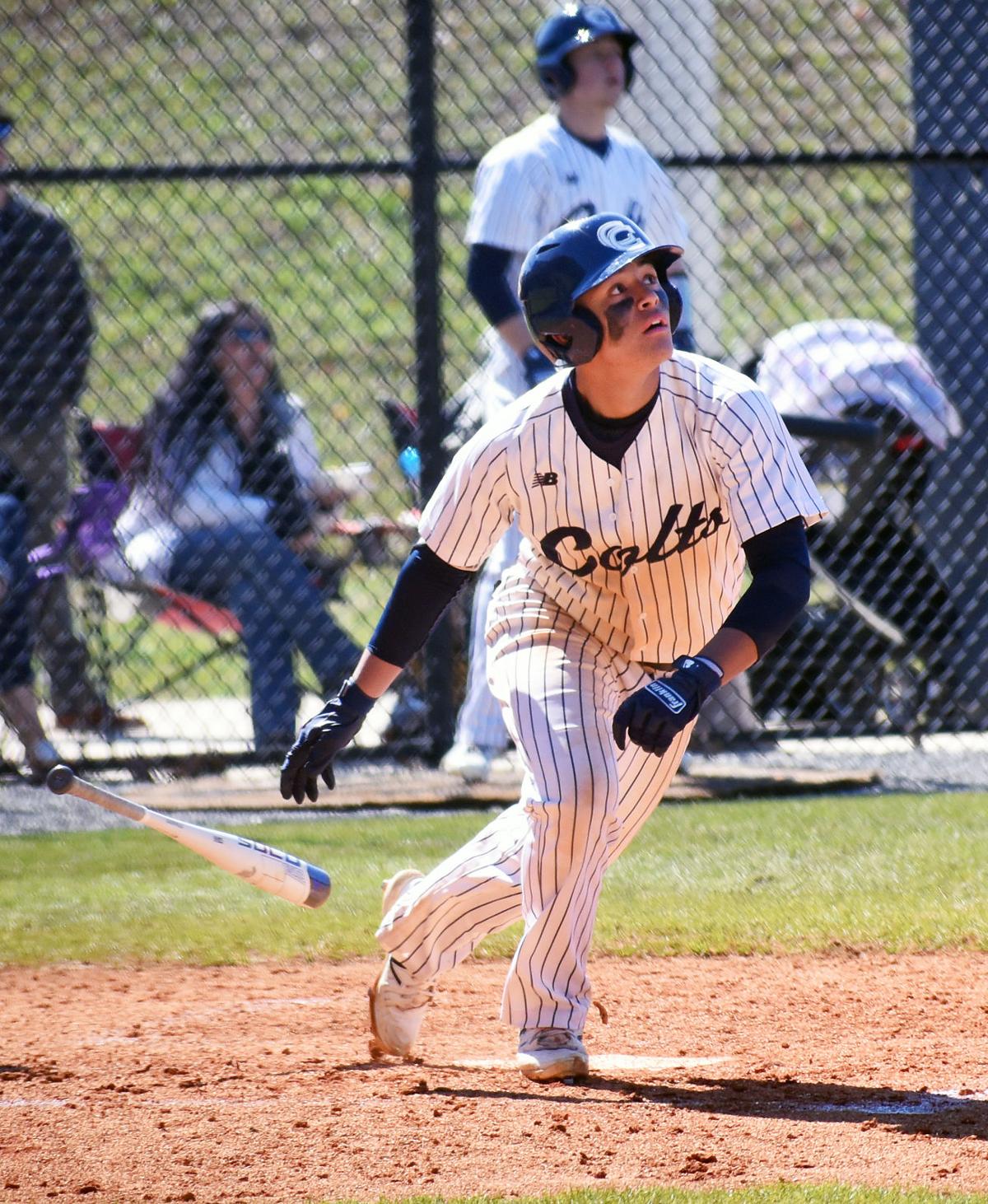 Coahulla Creek High School's Irvin Hernandez watches as the ball he hit flies to deep right field. Despite being caught for an out, the runner at third scored on the tag up. 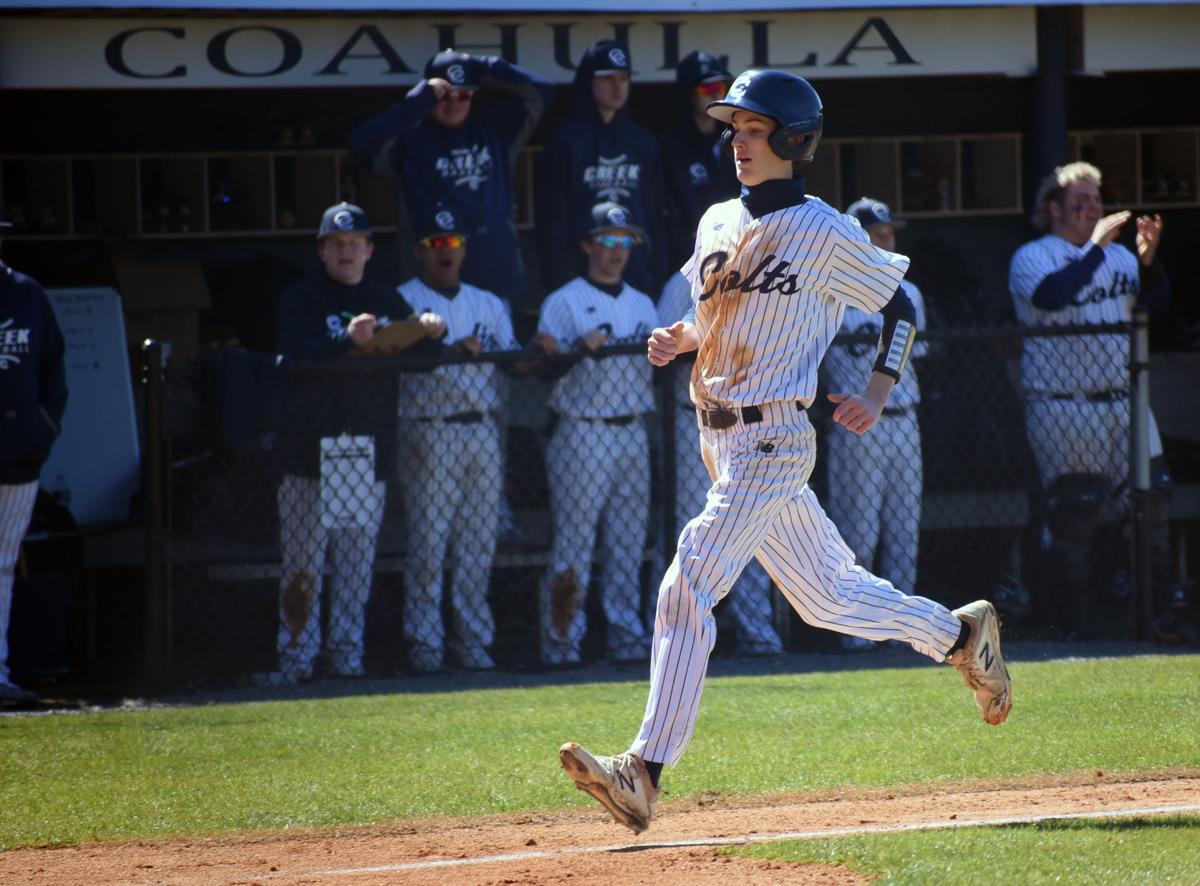 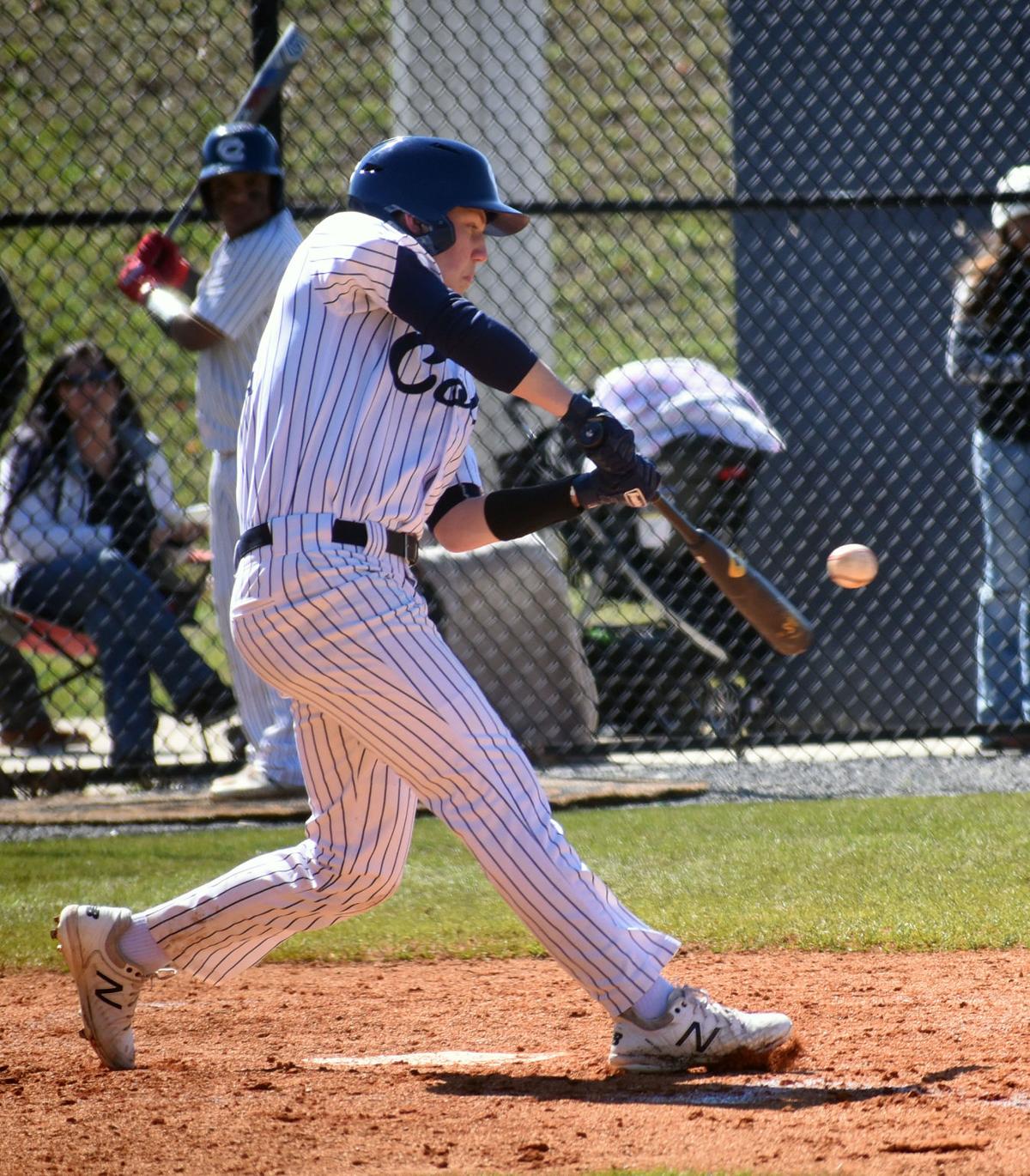 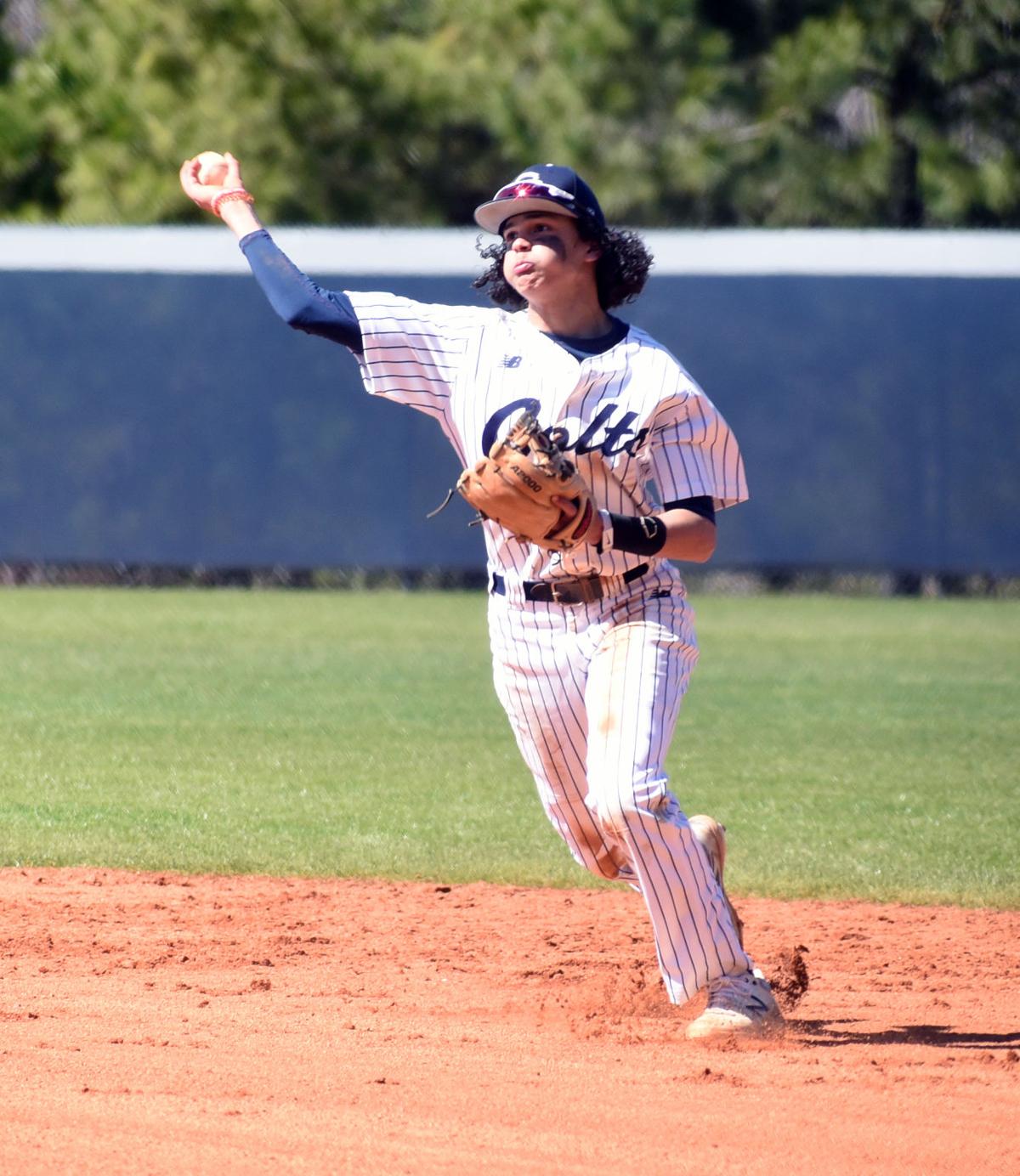 Coahulla Creek High School second baseman Zandr' Burse makes the throw to first for the out. 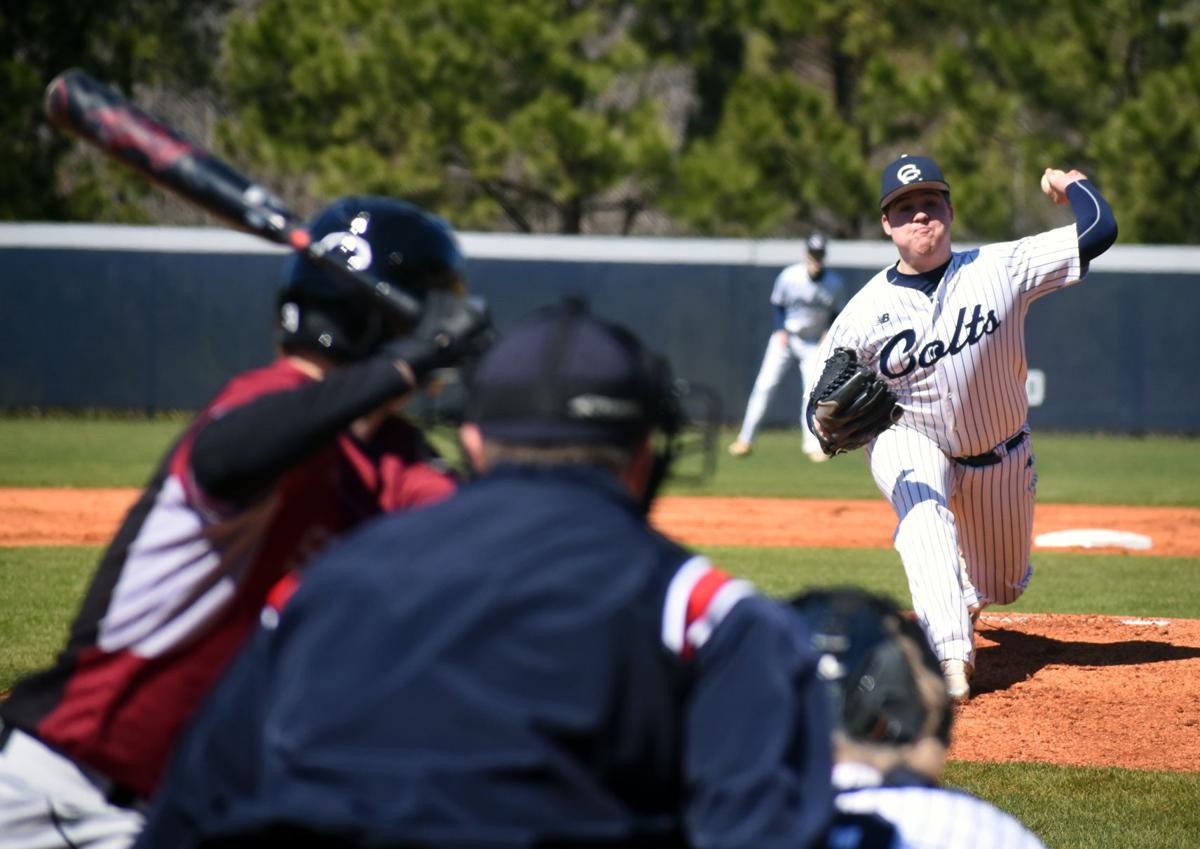 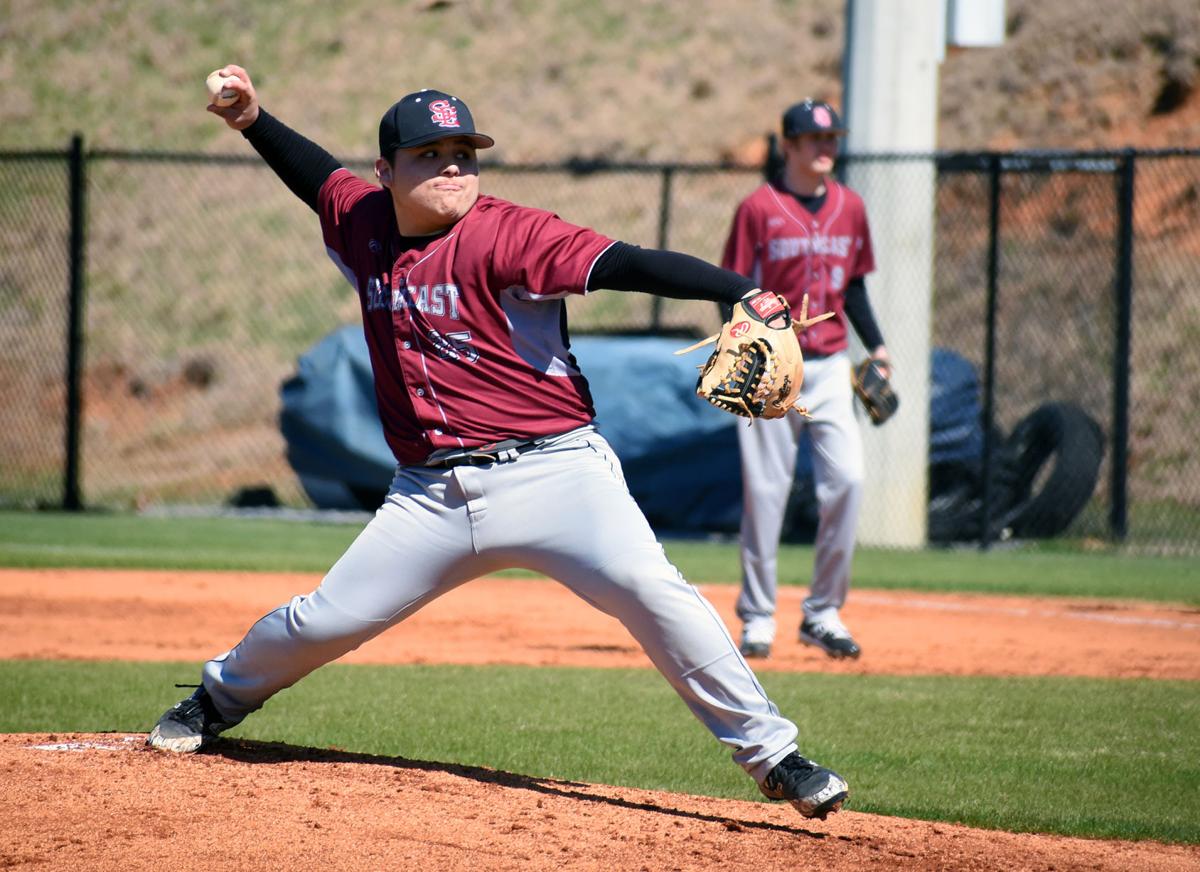 Coahulla Creek High School's Irvin Hernandez watches as the ball he hit flies to deep right field. Despite being caught for an out, the runner at third scored on the tag up.

Coahulla Creek High School second baseman Zandr' Burse makes the throw to first for the out.

Colts pitcher Ben Glines kept the Raiders off the board in his six innings of work, and Coahulla Creek manufactured three runs on just three hits to get the victory. Glines struck out nine, walked one and allowed four hits. Marc Mireles started at pitcher for Southeast, walking four and striking out two before bowing out in the fifth inning.

“You just have to tip your hat to the Glines kid,” Southeast head coach Brad Lofton said of the Colts pitcher. “I thought he threw a real good ballgame.

The pitching battle Saturday remained scoreless through the first two innings. Coahulla Creek finally broke through in the bottom of the third, when an Irvin Hernandez drive was caught just short of the fence, giving Kyle Felker plenty of time to trot home from third base.

Felker crossed home plate again in the fifth inning when a Southeast throw from home to third went wide, making the score 2-0.

Hernandez saw to another Creek run in the fifth, dropping a single behind the infield to bring home Zandr’ Burse. Hernandez had two of the three Colts hits, also slicing a double into left field early in the game.

“Irvin did a very good job today,” Colt head coach Michael Bolen said. “Whenever he gets on, there’s some things he can do on the basepaths that really put pressure on the defense.”

Adam Sowder finished 1-for-3 with a double for Southeast’s best hit of the afternoon, while Mireles, Jake Gentry and Brady Ensley all tallied singles.

“We just didn’t swing it that well,” Lofton said. “It was just one of those games after coming off two long games last night against Pickens. We just didn’t execute when we had runners in scoring position.”

Two more possible Raider hits were kept off the board by two separate diving stops and throws to first by Burse from his second-base position, one ending a Southeast scoring threat with a runner on third.

“Defensively, we did a much better job than our last outing,” Bolen said. “We cleaned some things up on that end.”

“We’ve played some good baseball,” Lofton said. “We’ve got too many guys that when they mess up, they get their heads down. That’s what I’ve been trying to teach them is that it’s a game of failure sometimes. You’ve just got to keep going.”

The Colts (4-5) open Region 6-3A play Tuesday when they travel to Chatsworth to play North Murray. Southeast remains home Tuesday, looking to get back in the win column against region foe Ridgeland High School.