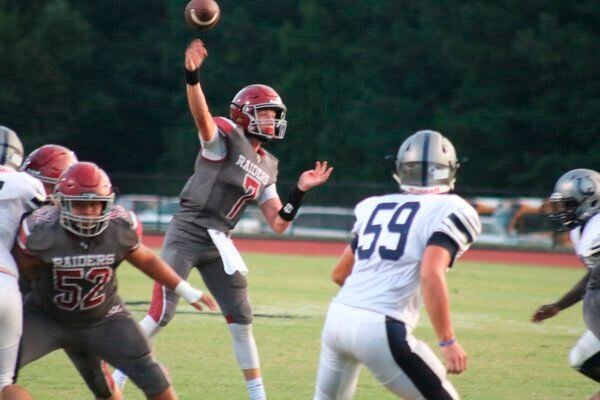 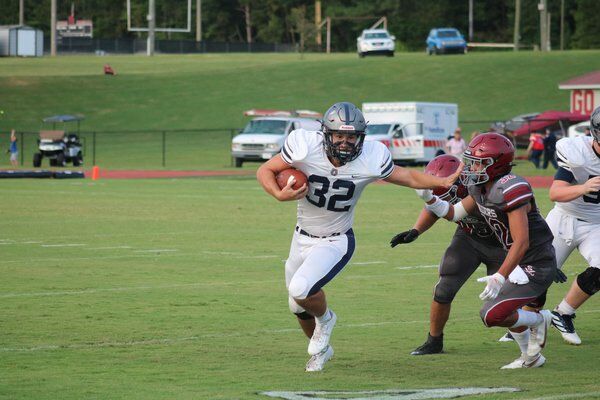 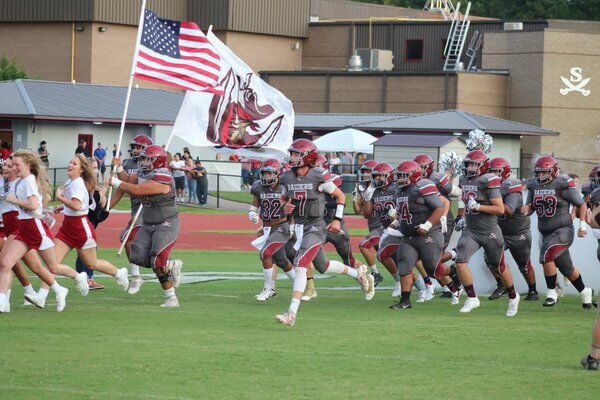 Southeast Whitfield High School's football team runs on to the field prior to their 35-14 loss against Coahulla Creek on Friday. 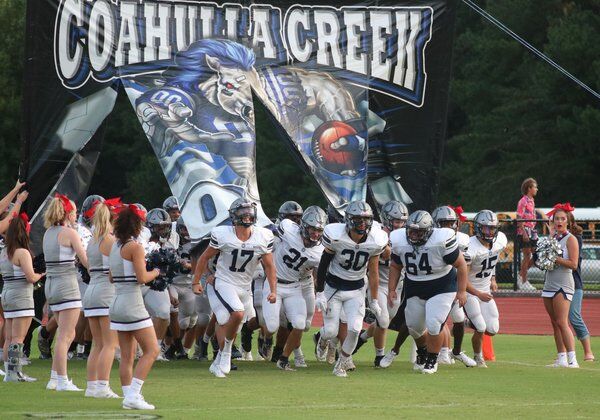 Coahulla Creek High School's football team runs on to the field prior to their 35-14 win at Southeast Whitfield on Friday.

Southeast Whitfield High School's football team runs on to the field prior to their 35-14 loss against Coahulla Creek on Friday.

Coahulla Creek High School's football team runs on to the field prior to their 35-14 win at Southeast Whitfield on Friday.

Something had to give in the Friday night matchup between Coahulla Creek High School and Southeast Whitfield.

With two teams with new head coaches looking for their first victory in their new job after a defeat last week, one side was going to get an early victory, and the other was going to be left waiting.

"Any win is good, but I'm so proud of our kids," Coahulla Creek head coach Danny Wilson said. "They worked so hard in the summer, and they played well tonight."

That Colt scoring stampede came thanks in large part to junior running back Tyler Locklear, who piled up 278 yards and three touchdowns on 29 carries.

After Southeast went up 14-7 with 6:58 left in the second quarter, Locklear went to work, with all three scores coming after Creek fell behind.

"Our offensive line made some good holes for me to cut up in, I just hit them as hard as I could," Locklear said.

"When you've got a guy running like that, you know the blocking is good up front," Wilson said.

After an opening drive that ended with a Coahulla touchdown -- a 17-yard strike from quarterback Kace Kinnamon to a toe-tapping Wright Nelson in the back of the endzone -- Southeast's quarterback came back firing.

Ethan Hill found Chandler Dyer wide open for a 17-yard score of his own that left the Raiders behind 7-6 after a missed extra point.

After a strong punt from Southeast that downed Creek inside its own 5, Southeast forced a rushed punt that gave the Raiders the ball at the Colt 11.

Jose Herrera plunged in from the 2 for a touchdown a few plays later, and Hill hit Dyer again for a two-point conversion that put the Southeast up 14-7 with 6:58 before half.

"Ethan played well for us tonight, especially in that first half," Southeast Whitfield head coach Todd Murray said of Hill. "Our guys never quit tonight, and they kept going."

In that first half, Hill completed four of his six throws for 71 yards and that Dyer touchdown. Locklear's first touchdown of the night, and ensuing extra point, made the score 14-14 at halftime.

In the second half, as Locklear ran free, the Colt defense locked down.

Coahulla Creek picked off Hill three times in the final two quarters as the Raiders tried to mount a comeback on a game slipping away from them. Tyson King got one of those interceptions, which set up a Locklear score, and Manny Dominguez snagged the other two, the last of which he returned 77 yards for the final score of the night with 7:14 left in the game.

The win for Creek marked the first time in exactly five years that the Colts picked up a win in a road game. Their last victory away from home came Sept. 11, 2015, when Coahulla Creek had a 40-16 win over Lakeview-Fort Oglethorpe.

Coahulla Creek has an off week next Friday before the Colts host Rockmart on Sept. 25 at 7:30 p.m.

"I'm glad we have an off week next week to rest up," Wilson said.

Southeast travels to Calhoun to play Gordon Central next Friday.