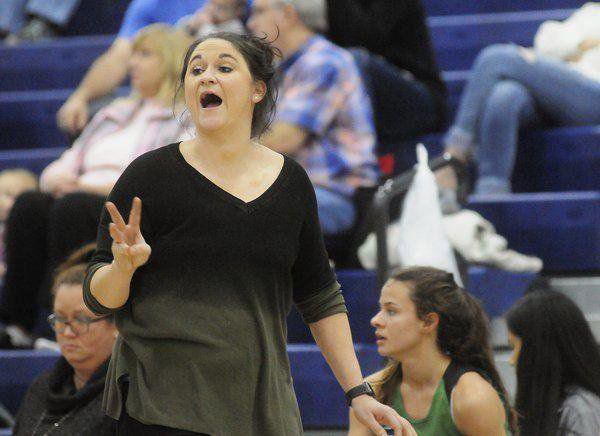 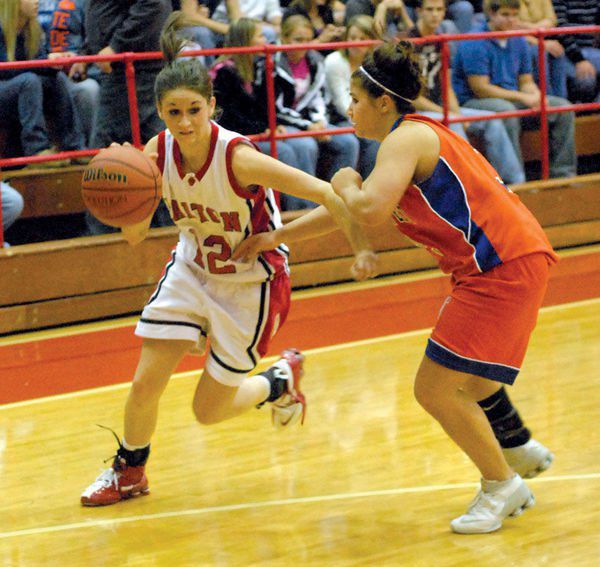 Hannah Harris, left, as seen during her playing days at Dalton High School in a 2008 game. The Dalton graduate is set to return to the school as the head coach of the girls basketball program after four years at Murray County High School.

Hannah Harris, left, as seen during her playing days at Dalton High School in a 2008 game. The Dalton graduate is set to return to the school as the head coach of the girls basketball program after four years at Murray County High School.

The Dalton High School graduate is set to return to her alma mater to coach the Lady Catamount basketball program, pending school board approval, according to Dalton High athletics director Jeff McKinney. Harris has been head girls basketball coach at Murray County High School since 2016.

“I’ve taken different paths and different jobs, and ultimately to come back to Dalton High where my basketball career started is special in a lot of ways,” Harris said. “It’s a pretty special opportunity that not everyone gets to have.”

Dalton relieved former coach Brad Beck of his duties last month. He was 22-33 in his two years as head coach.

Harris compiled a 35-65 record in her four seasons as head coach at Murray County. Her husband, Matt Harris, is the school's head baseball coach.

“I’ll be honest with you, this is probably the hardest decision I’ve had to make,” Harris said. “I’ve had excellent relationships with my players at Murray. There are a lot of personal factors that have me with strong ties to Murray. I feel like God’s put me in this place, and it’s where I need to be at this point in my life.”

Harris, formerly Hannah Mayo, is a 2008 graduate of Dalton High, where she played under then-head coach McKinney and helped lead the Lady Catamounts to a Sweet 16 appearance in 2006 and a region championship in 2007. In college, she played basketball at Reinhardt University in Waleska. Harris was a graduate assistant at Reinhardt and head coach at Roswell High School before her time at Murray County. She lives in Dalton with Matt and their 2-year old daughter, Landon. The couple is expecting another child in July.