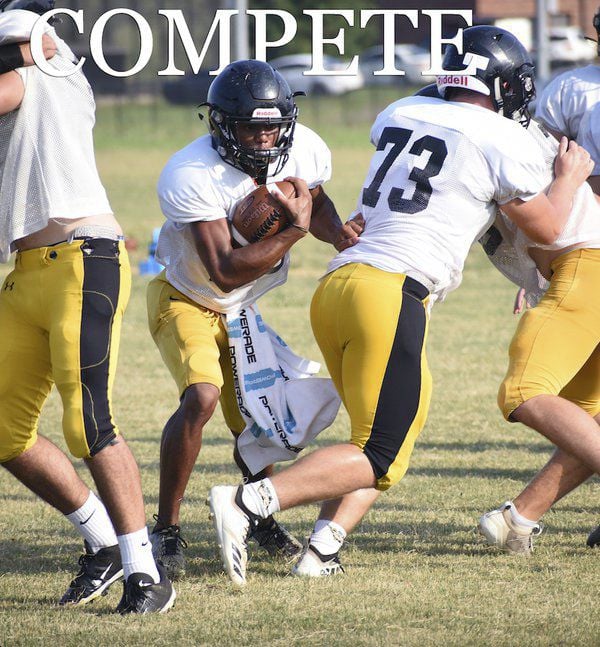 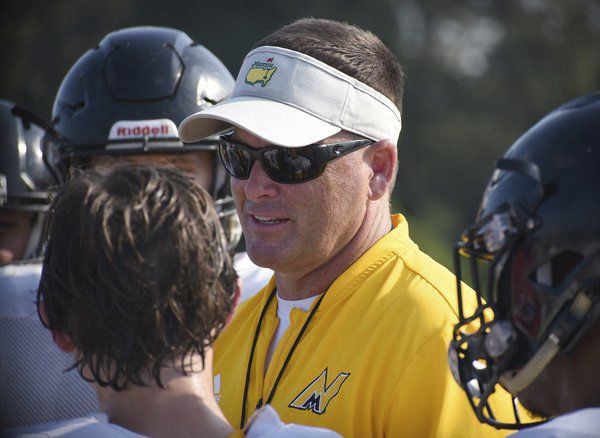 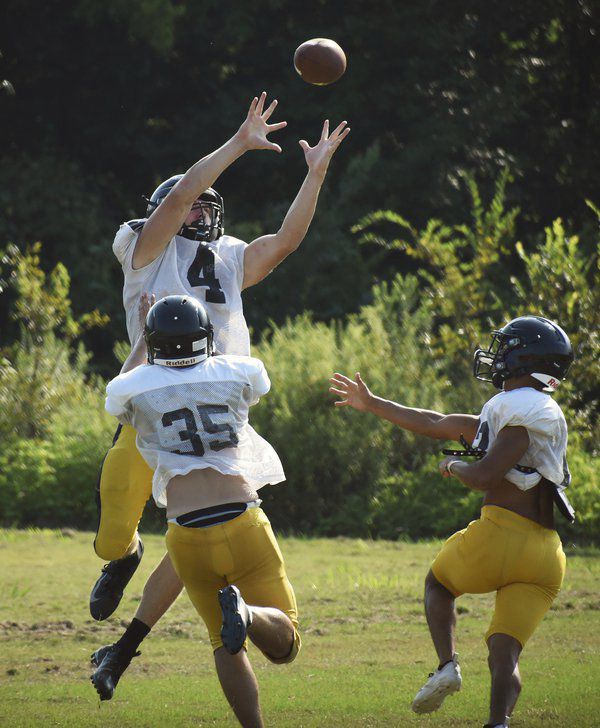 North Murray High School's Chaisen Buckner makes a catch during a preseason practice at the school.

North Murray High School's Chaisen Buckner makes a catch during a preseason practice at the school.

Editor's note: This story is part of The Daily Citizen-News' 2019 High School Football Preview. Pick up a copy of Thursday's paper, Aug. 22, or stop by our office for a physical copy of the special issue.

CHATSWORTH -- As far as North Murray High School football coach Preston Poag is concerned, the Mountaineers need to do more.

North Murray has made the playoffs each of the three years Poag has led the team, but he said he's ready for the program to take the next step.

"They can't be happy just making the playoffs and losing in the first or second round," he said. "This year I just want to compete for everything -- compete for a region championship and compete to get in the playoffs."

At his fingertips, Poag has the largest senior class he's ever coached ready to take the field. More than 20 Mountaineers from this year's team are set to graduate next spring, but he needs to see them work as hard as they can if they have any chance to make their goals a reality.

Good news for him is that not only are the seniors around in large numbers, but they are highly talented. Led by recent Naval Academy-commit Chaisen Buckner playing linebacker and tight end, alongside a handful of other college-bound players, many of them have been busy in the offseason traveling around to different showcases and recruiting camps.

"This year we have a lot of seniors, but that doesn't mean we automatically have everything. We have to make it happen," Poag said. "Recruiting is such a different thing now. It's a hype type thing and you have to go to these camps to get rated and things like that.

"It's a challenge to balance it all, but for us it's not just about the wins and losses. I want them competing with each other, that's how you get better. It's how you get the depth at certain positions, and we have that. I want these young guys to compete for those spots and I want the older guys showing them how to compete. If you do that kind of stuff, you end up with a really good team."

Poag said with the high energy and focused mindset, the talk amongst the players is that coveted region championship. Arguably their biggest test is Calhoun, who made the Final Four last season and is seen as one of the powerhouses in the state for Class 3A.

That's the type of situation Poag said he wants his players to compete their hardest.

"Everyone talks about the Calhoun game, but to beat them you have to play four quarters," he said. "We've been close but we just haven't done that yet.

"Our season has to start with us staying healthy. It's a little bit about luck, but I think if we do that then we can do what we want to do. I think we will be very fun to watch."

Mr. Jerry Lee Gabe, age 35, of Rossville, passed away Thursday, Jan. 16, 2020. He was preceded in death by his grandfather, Jerry Lee Gabe; his great-grandparents, Lucy Gabe, Rosevelt and Irene Baldridge. Survivors include his mom and stepfather, Georgia and Mike Owens of Page, Arizona; his …