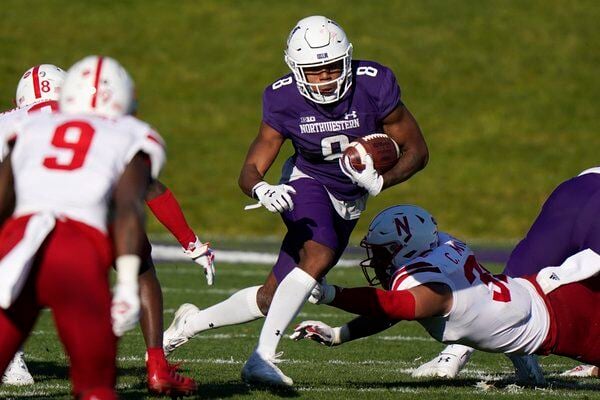 Former Dalton High School standout and Northwestern wide receiver Kyric McGowan runs with the ball during a November game against Nebraska. McGowan announced that he is transferring to play at Georgia Tech in 2021. 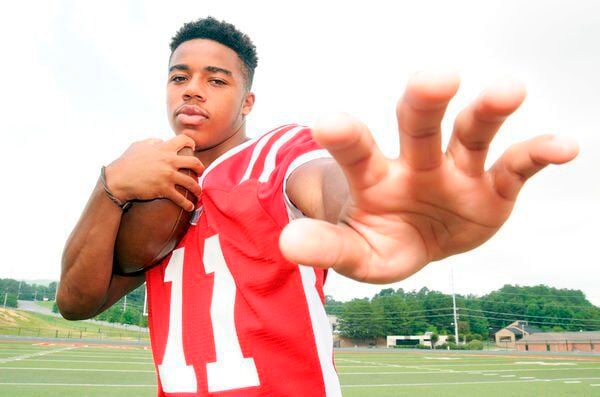 Former Dalton High School standout Kyric McGowan poses for a photo before his senior season with the Catamounts in 2016. McGowan announced that he is transferring from Northwestern to play at Georgia Tech in 2021.

Former Dalton High School standout and Northwestern wide receiver Kyric McGowan runs with the ball during a November game against Nebraska. McGowan announced that he is transferring to play at Georgia Tech in 2021.

Former Dalton High School standout Kyric McGowan poses for a photo before his senior season with the Catamounts in 2016. McGowan announced that he is transferring from Northwestern to play at Georgia Tech in 2021.

The Georgia Tech offense may have a distinct Dalton High School flair in 2021.

"It's a plus that it's close to home," McGowan said of Atlanta's proximity to Dalton. "I talk to Jahmyr and John pretty much daily anyway, so it was nothing new to ask them about it."

McGowan played four seasons at Northwestern after graduating from Dalton in 2017, totaling 66 receptions for 773 yards, two receiving touchdowns and two rushing scores. McGowan is able to join Tech as a graduate transfer due to the NCAA granting fall Division I athletes an additional year of eligibility because of the COVID-19 pandemic.

At Dalton, McGowan led the Catamounts to three region championships. In his senior campaign in 2016, McGowan caught 37 passes for 662 yards, ran the ball 34 times for 165 yards and scored 10 touchdowns. McGowan also had 21 tackles and two interceptions as a defensive back.

McGowan said the decision to stay another year in college came down to his pro prospects.

"If I had the year I wanted, I was going to declare for the NFL draft," McGowan said. "I just decided I wanted to clean up my game a little more before I gave it a shot."

McGowan did put up career highs in 2020 with 34 receptions for 366 yards as the Wildcats finished the season 7-2, losing in the Big 10 championship game to Ohio State. McGowan entered the NCAA's transfer portal, which allows coaches to contact players, prior to Northwestern's 35-19 Citrus Bowl win over Auburn on Friday.

"It was a pretty hard decision to transfer to begin with, but I think I kind of accomplished what I went to Northwestern to accomplish, which was to get my degree and compete for championships," McGowan said.

Aside from Georgia Tech's proximity to Dalton, McGowan said he sees a chance to be a part of a budding program.

"I knew they were a talented team on the rise, and I feel like I can help out," McGowan said of the Yellow Jackets, which finished 3-7 this season. "They've got Jeff Sims who's a really good young quarterback, and then Jahmyr and the rest of the tailbacks can make plays."

Gibbs, in his first year in Atlanta after starring at Dalton, rushed for 460 yards and four touchdowns and caught 24 passes for 303 yards and three scores while playing in seven games this season.

"They were both freshman at Dalton when I was a senior, so they really weren't out there on the field with me that much," McGowan said. "I'm really looking forward to being with them at Tech and kind of building that pipeline from Dalton. That's going to be pretty special."