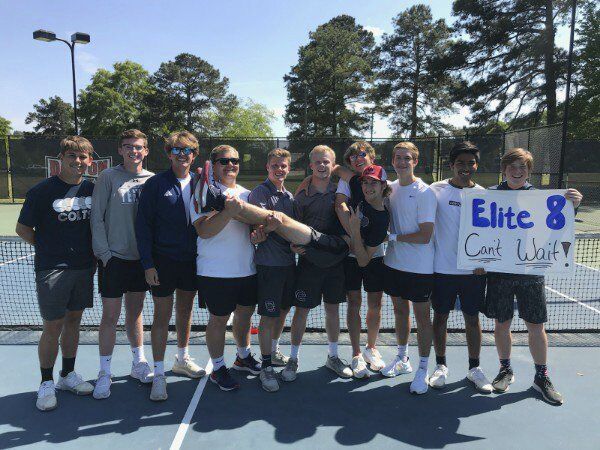 Coahulla Creek's boys tennis team poses after knocking off Hart County in the Sweet 16 of the Class 3A playoffs. The Colts play Augusta's Richmond Academy on Wednesday in the Elite 8. 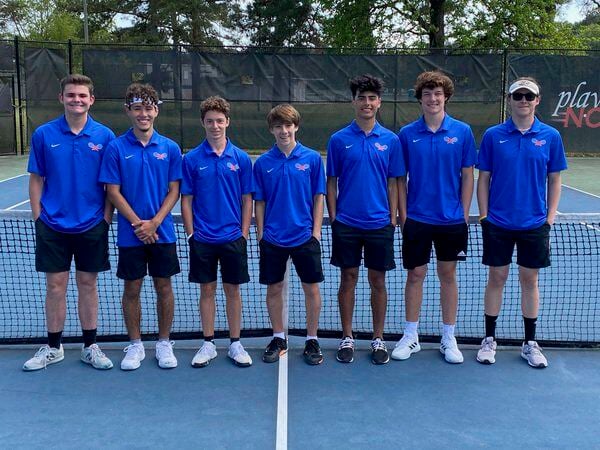 Coahulla Creek's boys tennis team poses after knocking off Hart County in the Sweet 16 of the Class 3A playoffs. The Colts play Augusta's Richmond Academy on Wednesday in the Elite 8.

Northwest Whitfield High School head tennis coach Steven Smith thought last season's boys team might have the best chance to make a deep playoff run of any that he's coached at the school since 2011.

That team didn't have the chance to make good on its coach's expectations after the outbreak of the COVID-19 pandemic last year shut down the remaining schedules for spring sports in mid-March. This season though, a younger Northwest team has delivered on the past team's promise, and the Bruins are in the state's Elite 8 in Class 4A. They'll play Islands in Savannah on Wednesday at 1 p.m.

"Last year we had as good a team that I think I had ever been a part of," Smith said. "This year has exceeded my expectations. I thought we were a younger team, but we've really shown a lot of experience. It's really promising for the future."

Northwest has reached the Elite 8 with a chance to make school history if they advance any further. Their neighboring school in northern Whitfield County, Coahulla Creek, has matched school history with their second Elite 8 appearance. The'll look to set a new mark too when they travel to play at Augusta's Richmond Academy on Wednesday at 3 p.m. in the state's Class 3A playoffs.

It's Carlisi's first year on the job after she took over for Laura Jager, who moved on after coaching Coahulla Creek tennis for the first nine years of its existence. The Colts won Region 6-3A this year, beating out a strong Murray County squad in the finals that reached the Sweet 16.

"I've kept in contact with the old coach, because I know she loves this team still," Carlisi said. "I'm just trying to keep it going after what she started."

Smith's been on the tennis staff in some form since 2011, and the second-place finish at the Region 7-4A tournament was the highest Northwest has had since 2007. The Bruins got the benefit of a bye in the first round after Region 6-4A was only able to send two teams to the playoffs. Northwest dispatched Jefferson 3-1 in the Sweet 16.

"We had a good regular season, but I think we had a better region tournament," Smith said. We ended up beating out Cedartown for that second-seed, and I think that helped us out in the playoffs being at home. This group is really passionate about this sport, and they've been working year-round. It's really starting to translate into wins for us."

As for the Colts, their road-heavy schedule did a lot to prepare them for a playoff run. Coahulla Creek hasn't played a home match at the courts at the school this season due to problems with the playing surface. The Colts played true-road matches throughout their regular season, with Dalton's Lakeshore Park serving as the host site for their first two playoff contests, a first-round sweep of Lumpkin County and a 3-2 win over Hart County in the Sweet 16.

"We've made it this far on everyone else's court," Carlisi said. "We're used to playing on so many different courts. I think it's helped us out a whole lot."

Northwest's team will begin the trek to Savannah today. They'll stop for a practice in Macon before heading to the coast to play Islands, the top-seeded team in Region 3-4A. The Sharks earned 4-1 wins in both of the first two playoff rounds.