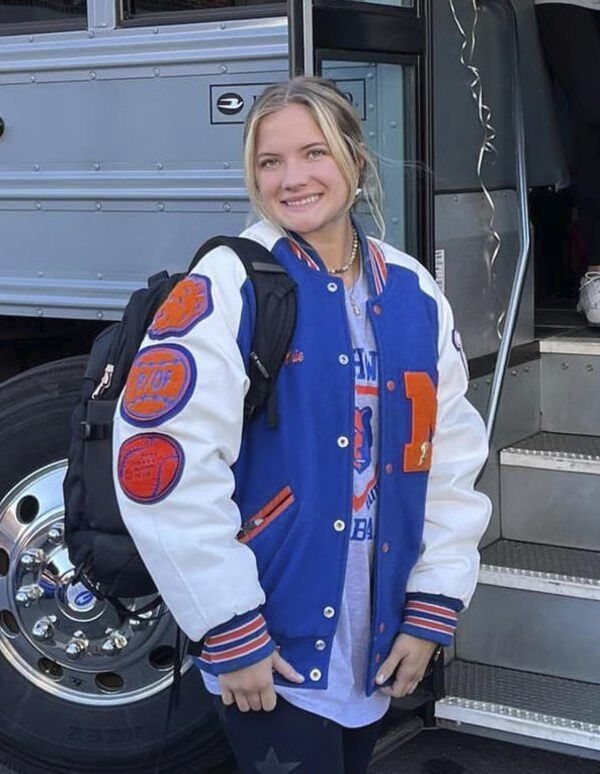 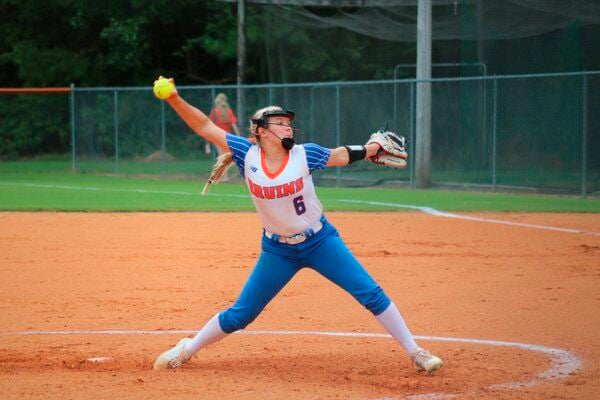 TUNNEL HILL — At Northwest Whitfield High School's softball games this fall, two very different versions of senior Kylie Hayes were competing — depending on whether the Lady Bruins were playing offense or defense.

"When the games first start I have to stay in my zone," said Hayes, who split time at pitcher and in the outfield for the Lady Bruins. "I don't talk to anybody, I don't touch anybody, I just stay in my zone. I just have to focus on pitching."

With the Lady Bruins at the plate, it's a little bit of a different story.

Focused or not, the two disparate methods worked for Hayes for either skill set.

"I pretty much leave them alone to get themselves ready before games. If it's working, then more power to them," Northwest head coach Todd Middleton said. "She got things going on offense, and in the circle she was lights-out dominant most games."

Hayes was a catalyst on offense and defense for a Lady Bruin team that finished with a 24-12 record and reached the Elite 8 of the Class 4A softball tournament.

For her standout senior season, Hayes has been named the 2021 Daily Citizen-News All Area Softball Player of the Year.

"This was the best senior year I could have asked for," Hayes said. "Our whole team got along so well, and I think that is kind of why we were able to get as far as we did. Win or lose, we just stayed together, and we ended up beating a lot of teams that we didn't even think we could beat."

Despite finishing just third in a brutally tough Region 7-4A, the Lady Bruins made a run that saw them seize one of the eight spots at the championship bracket in Columbus.

That region included eventual state champion Central-Carrollton, third-place state finisher Heritage and Cedartown, which also reached the Elite 8. Four of the eight teams to reach Columbus came out of the Region 7-4A that the Lady Bruins faced.

"Our tough region got us ready for what we were dealing with," Middleton said. The Region 7-4A schedule was set up to include doubleheaders with region teams as part of the normal schedule. "Several of our region opponents were tougher than what we played in the playoffs in the first two rounds."

Northwest advanced in the first round with a three-game series win over Luella, then needed just two games to defeat Savannah's Islands in the second round. The Lady Bruins traveled for both series.

Northwest fell in the opening round of the final bracket to Flowery Branch, then the Lady Bruins were eliminated by North Oconee, the eventual state runners-up.

Despite that tough region slate, Hayes still put together a strong campaign on the mound and at the plate.

"She's got a warrior mentality," Middleton said. "She gets out there, and she's not going to be denied."

Middleton credits some of Hayes' success to having another pitcher to split time with.

Destin Jewell pitched 84 innings this season, tallying 70 strikeouts. Hayes had more time to rest her pitching arm this season, unlike last, when Jewell sat out the season with an injury.

"Calling pitches for her is just easy, because she'll hit the spot," Middleton said of Hayes. "Eventually we got to where we let (catcher) Abi (Snipes) call pitches."

That's the first time Middleton said that he has allowed a pitcher-catcher tandem to work independently.

At the plate, the versatile Hayes had her best performance in her high school years.

"I would say it's definitely been the best season I've had in four years," Hayes said. "There's always areas that I feel like I can improve."

Hayes can get on the bases in a variety of ways, but she said her most reliable hitting skill is bunting.

"All I have to do is make contact, and I feel like I can get on," she said.

Hayes is bound for Cleveland State Community College to continue playing softball after she graduates from Northwest in the spring, but she's already looking back on her high school career in fondness.

"I'm extremely proud of what we've been able to do," Hayes said. "Just to say that we reached the top eight is special."

Virginia Mathis Wallace, age 91, of Dalton, went to be with the Lord on Thursday, January 13, 2022. She was a member of Pleasant Grove United Methodist Church as well as a member of the Pilot Club for many years. She worked at Crown Cotton Mills for ten years and retired from Blackstock Sale…

Leigh Hall, age 73 of Dalton, passed away Thursday, January 13, 2022 at Hamilton Medical Center surrounded by her loving family, after a courageous battle with lung cancer. She was preceded in death by her parents, Seth and Robbie Whittemore; and nephew, Seth Edgar. She was a loving wife, mo…