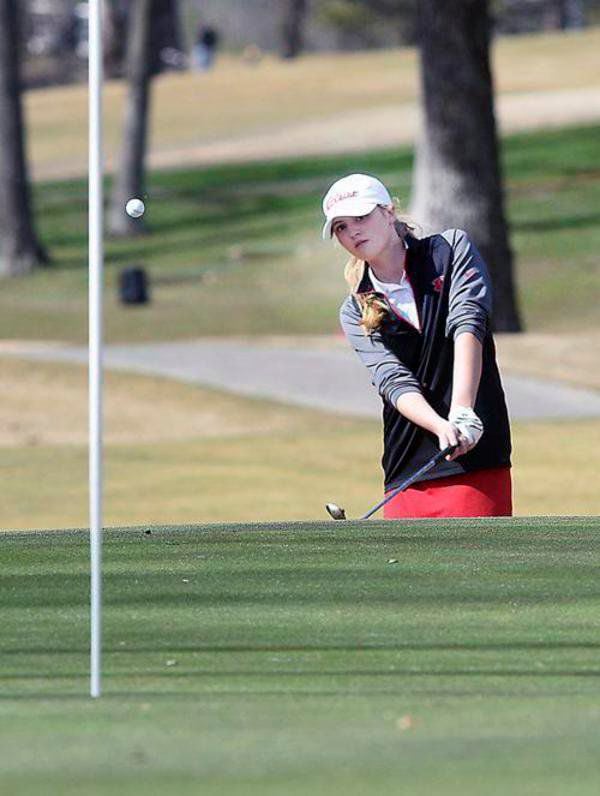 Dalton High School's Skylar Fromm chips on to the fourth green at Dalton Golf & Country Club during the Lady Cat Invitational in March 2017. 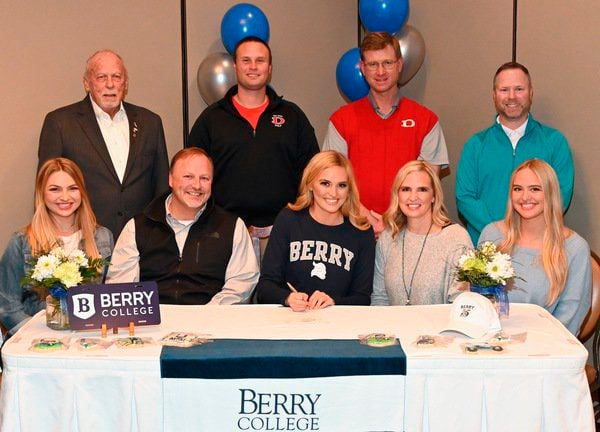 Dalton High School's Skylar Fromm chips on to the fourth green at Dalton Golf & Country Club during the Lady Cat Invitational in March 2017.

On a Monday and Tuesday in spring of 2017, Dalton High School’ Skylar Fromm was helping her golf team to a fourth-place finish in the Class 6A state championships.

By Friday, she began a two-week hospital stay.

Fromm was diagnosed with Crohn’s disease, an inflammatory disease that can cause intense abdominal pain and fatigue.

The senior golfer has dealt with those symptoms, surgeries and limited mobility to stay successful. She’ll attend Berry College on a scholarship and play golf after graduating from Dalton High.

Skylar is the youngest of three sisters. Sheridan, 24, and Shelby, 22, both played tennis in high school, but golf became Skylar’s sport.

“I pretty much tried every sport, and my dad put me in a golf clinic the summer before sixth grade,” Skylar said. “I loved it so much, and I decided to quit basketball and band and focus on golf. I love golf, because I love to be competitive and I love being outdoors. You get to see different courses every day and different challenges every day.”

By her freshman year, Fromm had become an integral part of Dalton High’s team. With the regional tournament approaching in March 2017, Fromm began feeling unwell.

“I started feeling stomach cramps every day,” Fromm said. “I just kind of put it off to the side, because it was golf season, and I wanted to play.”

“She had been really sick and out of school the week before,” Kim Fromm, Skylar’s mom said. “We thought it was just a bad stomach bug.”

On the morning she was scheduled to play, Skylar hadn’t improved. Her family took her to the doctor to receive fluids in her system in an attempt to get her ready to play. She had her uniform already on.

“I was hoping for a miracle to happen,” Skylar recalled.

“We realized she just wasn’t going to be playing golf,” Kim said.

The family went to the emergency room, and Skylar stayed in the hospital for two days. She was diagnosed with Crohn’s after a colonoscopy.

“I was confused, I didn’t know what it was,” Skylar said.

After the hospital stay, Skylar had one goal in her mind. She missed the region tournament, but state was a couple of weeks away.

The Georgia High School Association agreed to allow her to ride in a golf cart between holes, and she suited up for the Catamounts and helped them place fourth.

After that lengthy hospital stay, Skylar didn’t feel herself all summer. After a week of school, she began to learn from home to stay more comfortable.

In October, she had surgery to have 85% of her colon removed.

That spring, Skylar was back playing golf.

She used a golf cart again in her sophomore season, but by her junior year, she was back in school and back walking the course.

Skylar faced a shortened season again in her senior year, this time for a different reason.

Due to the outbreak of the new coronavirus (COVID-19), Skylar played in just one tournament before spring sports seasons were canceled and schools closed to students and staff.

“I felt like this year was going to be my year for golf, so it was kind of frustrating to have to miss out on that,” she said. “You just try to stay positive.”

Skylar learned from home for her final months of high school, something she had experience with. As she prepares to transition to Berry in the fall, Skylar is just thankful to continue playing the sport she loves.

“I’m looking forward to it, and I’m just grateful for the opportunity to keep playing golf,” she said.