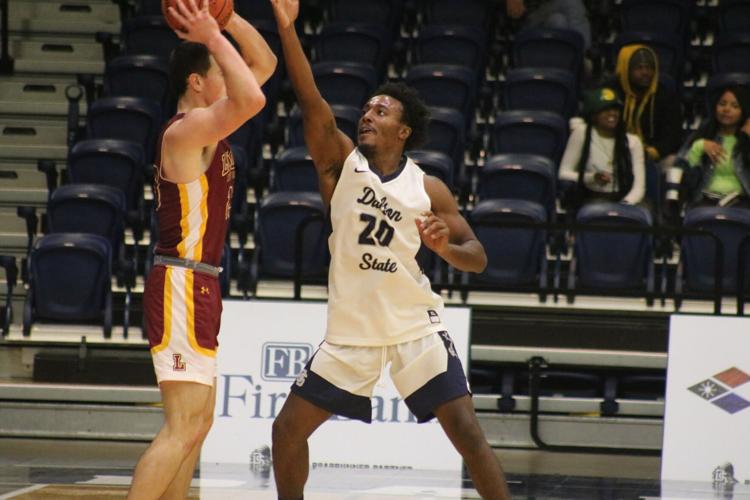 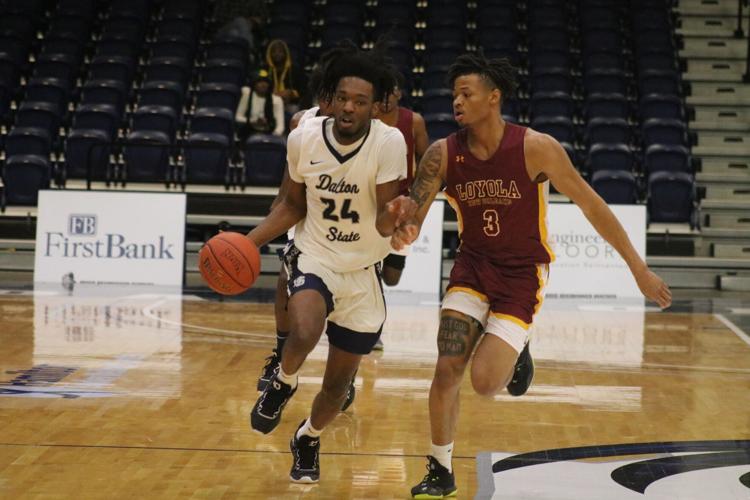 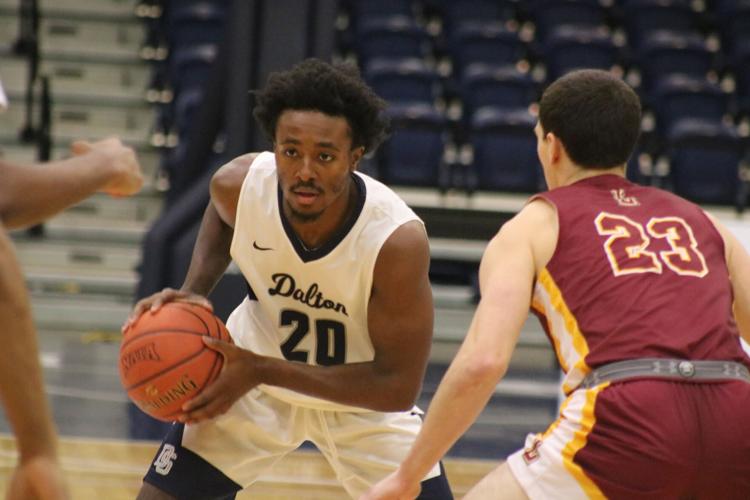 Dalton State College’s Jaelin Ferrell looks for an opening against Loyola on Thursday. 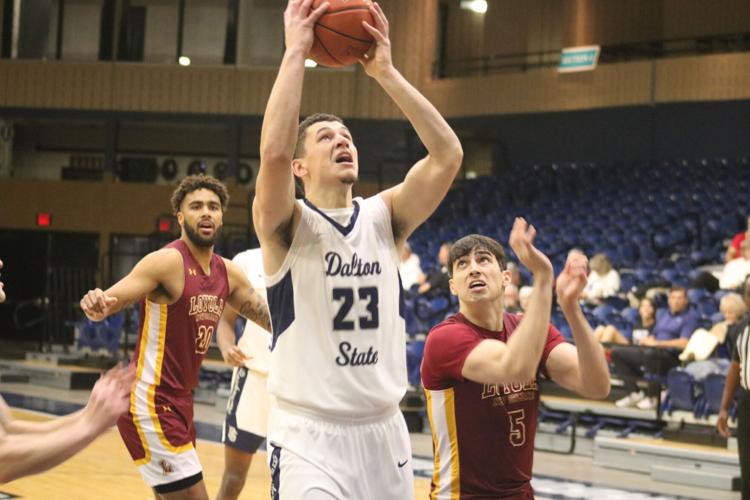 Dalton State College’s Sean Cobb rises for a shot against Loyola on Thursday. 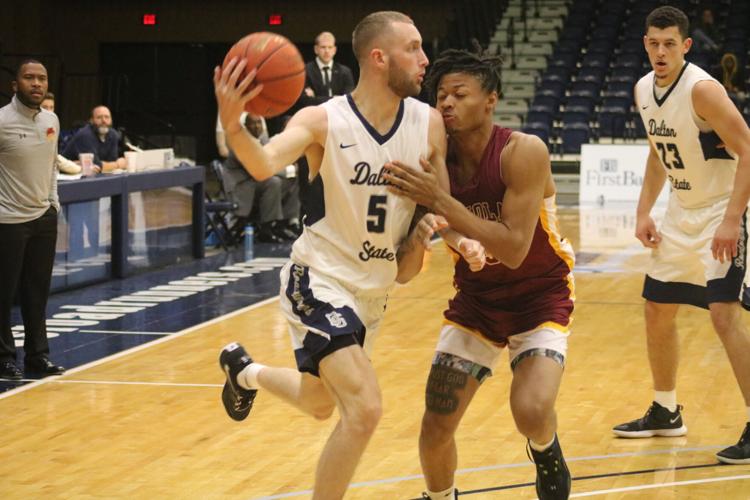 Dalton State College’s Jaelin Ferrell looks for an opening against Loyola on Thursday.

Dalton State College’s Sean Cobb rises for a shot against Loyola on Thursday.

Dalton State College led in the first half and erased a double-digit deficit in the second against defending NAIA champion Loyola-New Orleans on Thursday afternoon, but the Roadrunners were unable to end the multi-season win streak for the Wolf Pack that now sits at 25 games.

Dalton State got close though.

After Loyola pulled out to a 65-58 lead, Jaelin Ferrell got fouled on a shot from deep and made all three of his free throws to cut the deficit back to four at 65-61.

A runner from Donavan Miller that would have cut the lead to two with 1:25 left rolled just off, and a foul by Miller allowed Loyola to sink two free throws.

After Ferrell’s free throws, Loyola scored five straight points and pushed the lead back to nine before the final score settled at 73-65.

Ferrell’s hot shooting in the first half led Dalton State to an advantage of as much as eight.

The Roadrunners turned a 12-11 lead into a 21-13 advantage, going on a run punctuated by a Ferrell 3-pointer. Ferrell hit three of his four from deep in the first half and led Dalton State with 17 points.

After the largest Roadrunners lead, Loyola stormed back to take the advantage at 26-25 at the 5:10 mark of the first half. Dalton State briefly got the lead back at 32-29, but Loyola scored the final nine points of the first half to take a 38-32 lead at the break.

Turnovers cost the Roadrunners on the extended Loyola scoring streak that allowed the visitors to take advantage.

A steal leading to a Loyola dunk on Dalton State’s first possession was the first of 15 Roadrunners turnovers. Loyola converted those into 18 points while turning the ball over just seven times.

Loyola’s streak of 25 consecutive wins stretches back into last season, when the Wolf Pack finished 37-1 and won the NAIA national championship tournament. Loyola’s last loss was a 92-73 defeat against Faulkner on Jan. 17.

The Roadrunners stay at home for another conference game on Saturday. Dalton State hosts Mobile at 2 p.m.

Sorry, there are no recent results for popular images.