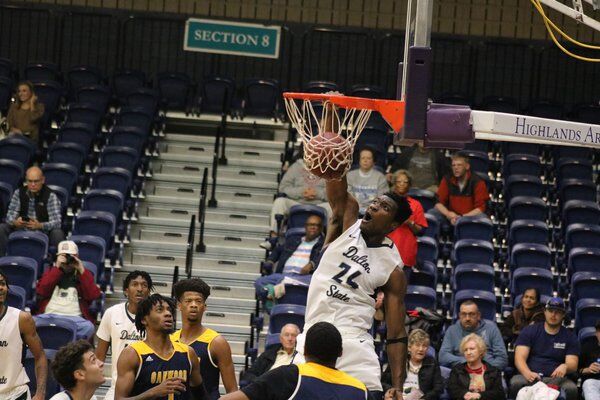 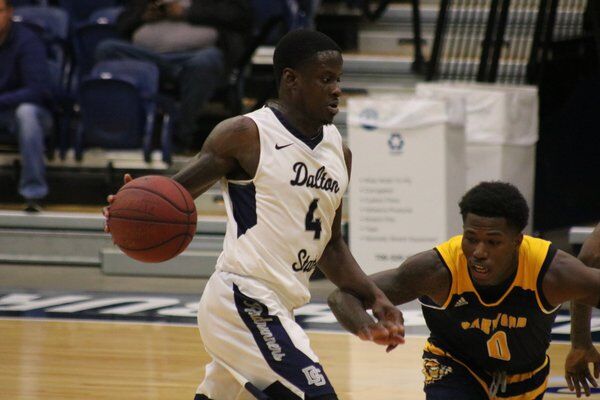 Dalton State College's Rodley Adjei tries to get past a defender in a game against Oakwood University Thursday. 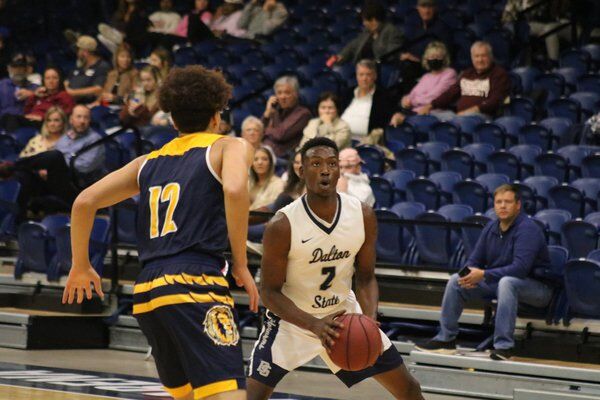 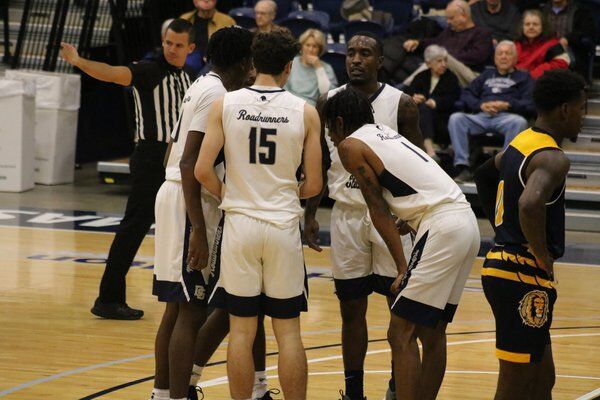 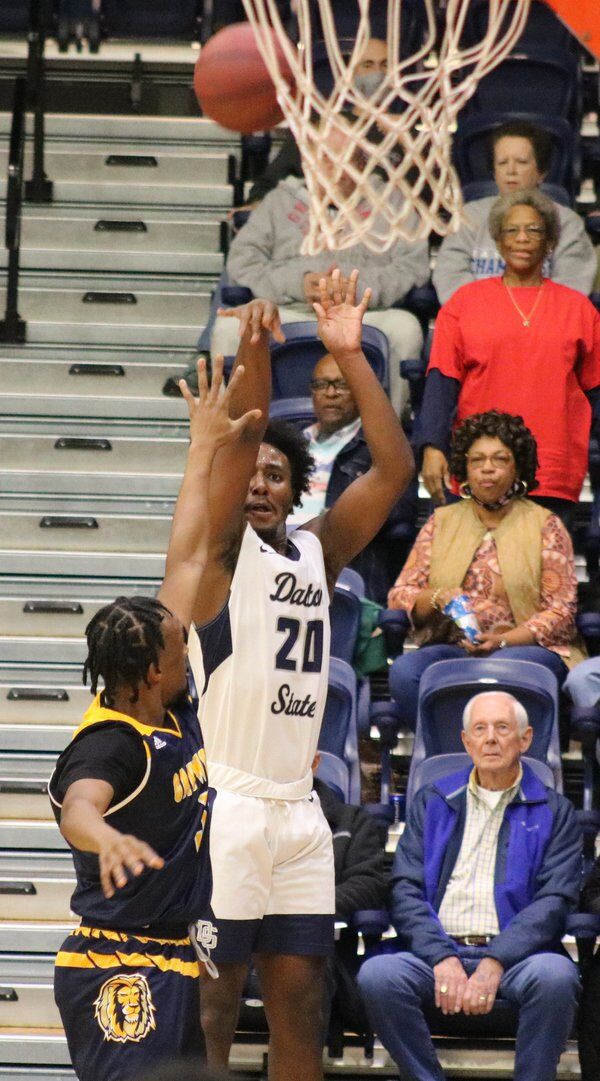 Dalton State College's Rodley Adjei tries to get past a defender in a game against Oakwood University Thursday.

Down by three and with four reserves in the game midway through the first half, Dalton State College (3-2) went on a 17-0 run to seize control of a game against visiting Oakwood University (2-2) Thursday night and cruised to a 88-72 win.

Mohammed Abubakar ignited Dalton State with a reverse dunk, Darien Cone nailed a three-pointer, Jahir Joyner made a jumper and Jalen Barker hit a driving lay-in as the four reserve combined with starter C.J. Perry to turn a 22-19 deficit into a 36-22 advantage with 2:43 before half when Oakwood finally ended the run with free throws.

The reserves stepped up the defensive pressure, forcing turnovers to keep the visiting Ambassadors off the scoreboard for the decisive stretch.

The stretch turned a close game into a rout as the Roadrunners seized a 41-28 lead at half and ballooned over 20 points with 15 minutes to go. The Roadrunners led by as many as 26, but Oakwood went on a small run to get the deficit down under 20 by the end of the game.

"We didn't finish the way I wanted, I would have liked to close it out a little more decisively," Dalton State head coach Alex Ireland said after the game. "I thought we guarded well, and that enabled that to get out in the open floor and kind of make some plays."

The Roadrunners forced 14 turnovers and turned those into 29 points. Oakwood was only able to convert six points after 10 Dalton State turnovers.

Perry led a group of hot-shooting Roadrunners with his 22 points while hitting 4-for-5 on 3-pointers. Cone and Jaelin Ferrell each hit two from behind the arc as Dalton State finished 9-of-19 from deep.

Rodley Adjei hit one of those and was second on the Roadrunners behind Perry with 18 points. Abubakar scored 13, while Franklin Almonte and Antares Gwyn both put in seven points.

The win breaks a two-game losing skid for the Roadrunners after a 2-0 start to the season.

The Roadrunners are off until Nov. 12, when they'll play in an event in Talladega, Alabama, over two days. Dalton State plays William Woods on Nov. 12 at 5 p.m., then is back in action against Lyon at noon the next day.