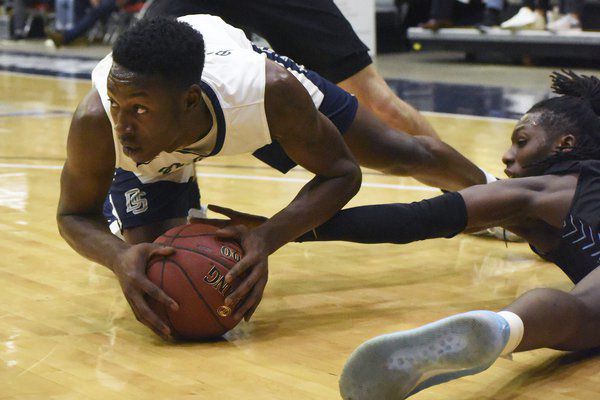 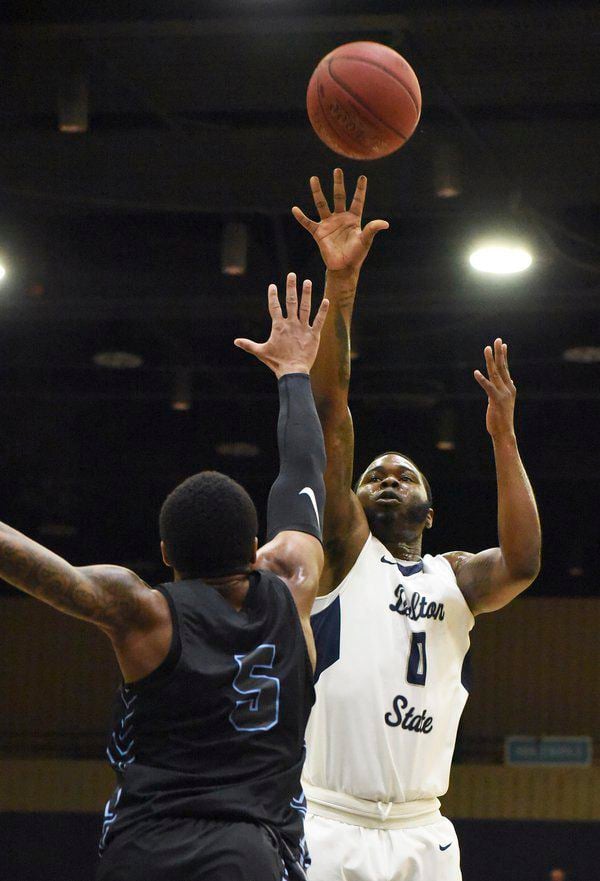 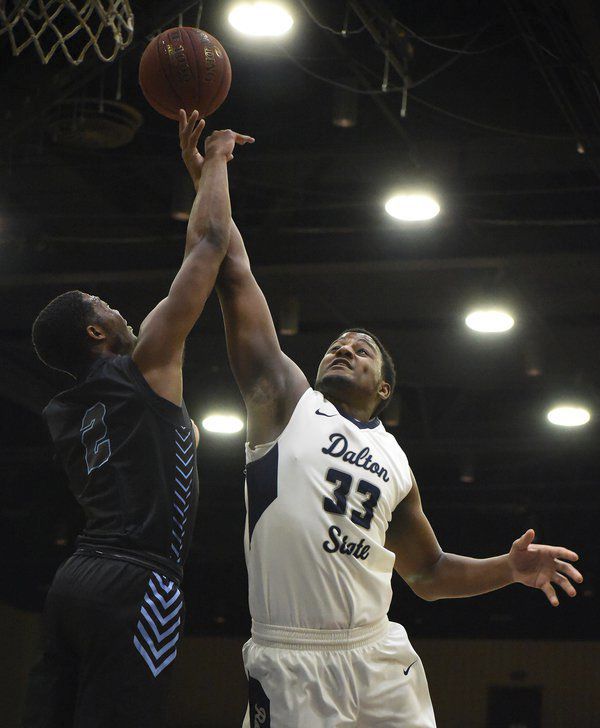 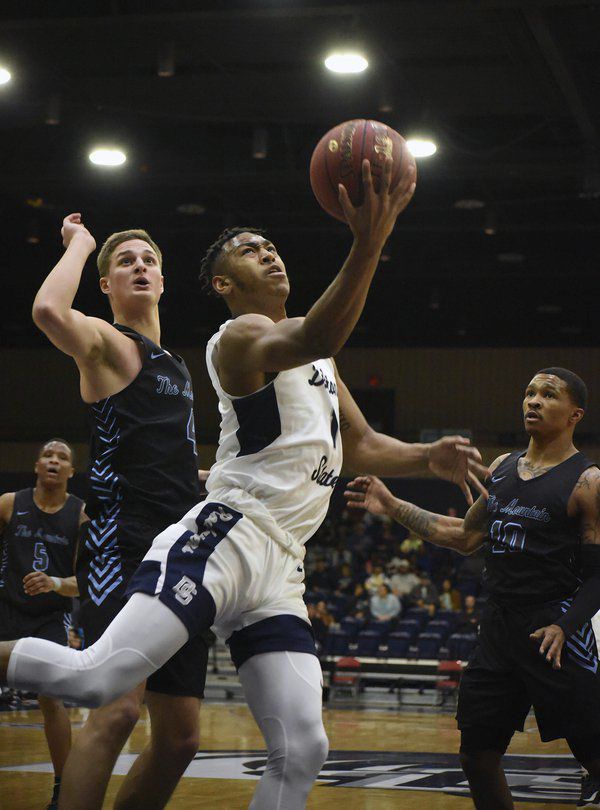 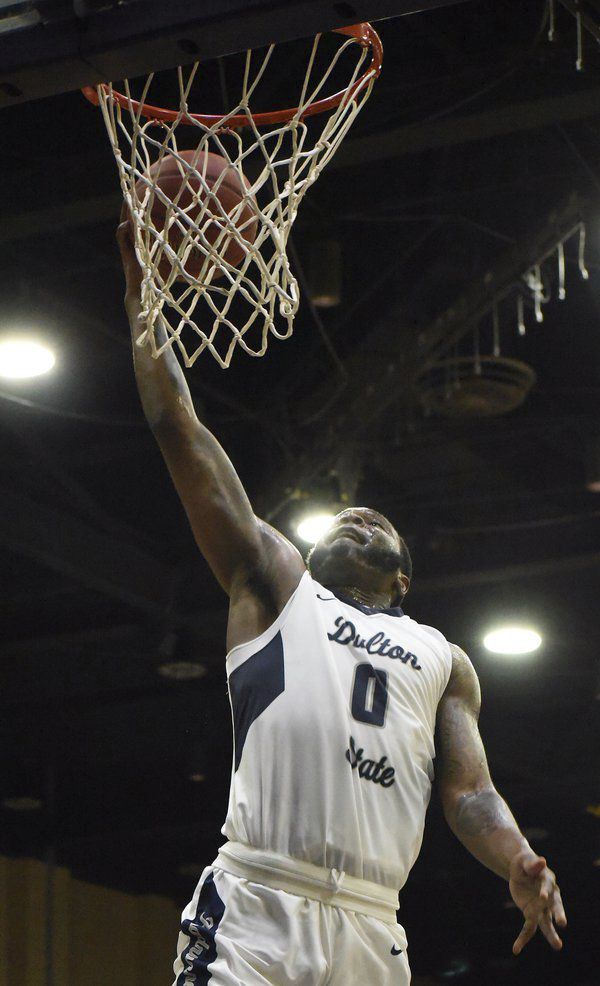 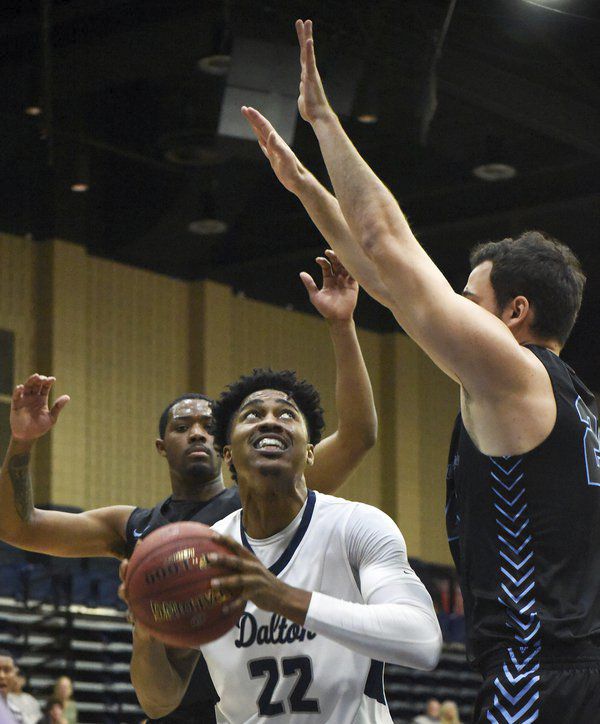 Dalton State College's Dauson Womack is wedged between two Blue Mountain defenders as he prepares to take a shot. 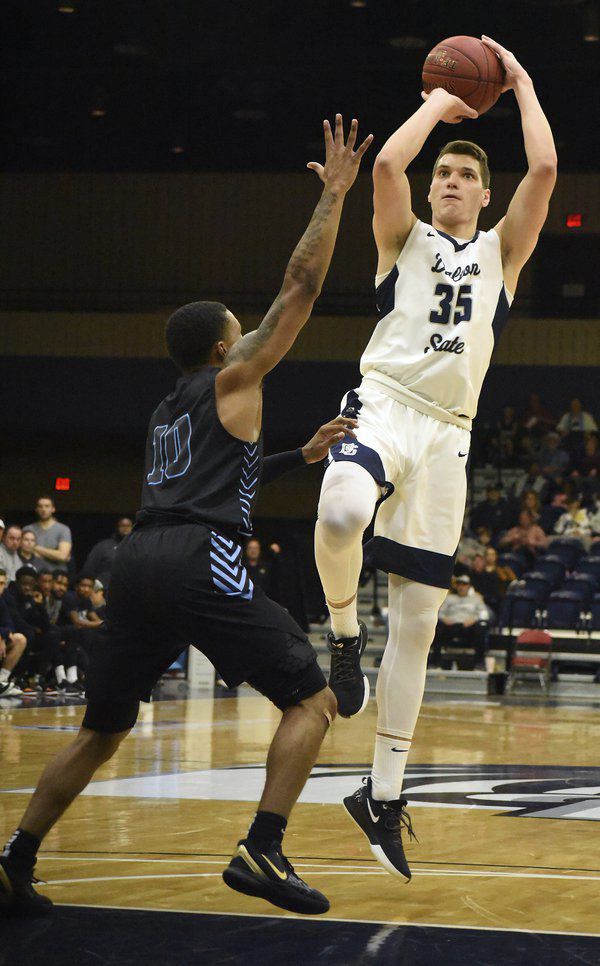 Dalton State College's Dauson Womack is wedged between two Blue Mountain defenders as he prepares to take a shot.

The Roadrunners are on quite a roll.

The Roadrunners held a 14-point lead midway through the first half, but Blue Mountain chipped away at the lead and cut the Dalton State advantage to five at the half, 41-36.

Blue Mountain opened the second half by outscoring the Roadrunners 13-8 to take a 49-48 lead. Tucker answered with a three-pointer on the next possession to give the lead back to Dalton State.

The Toppers stuck around and tied the game twice, but the Roadrunners proved too tough as they gained the lead for the final time at the 4:26 mark of the half and never trailed again.

The Roadrunners face Tennessee's Bethel University (10-6, 2-3 SSAC) on Saturday at 2 p.m. at the convention center.

Coinciding with the game is the annual Fill the Feeder event, which will help stock the campus' Birdfeeder, a not-for-profit food pantry. Everyone who brings at least one nonperishable food item or personal care item for the Birdfeeder will get into the game for free. Season ticket holders who donate to the drive receive free popcorn.