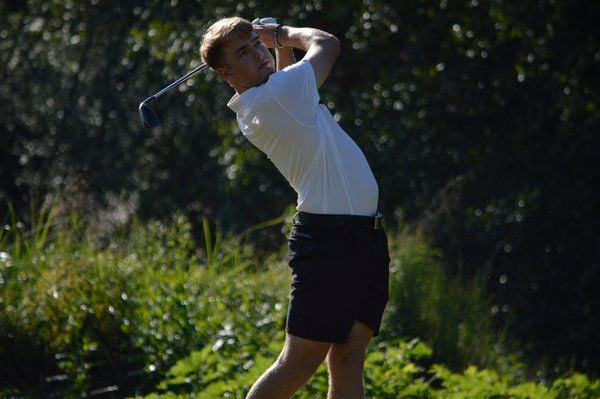 Dalton State College golfer Ben Rebne was named the 2020 Jack Nicklaus award winner, given annually to the top golfer in each collegiate division. 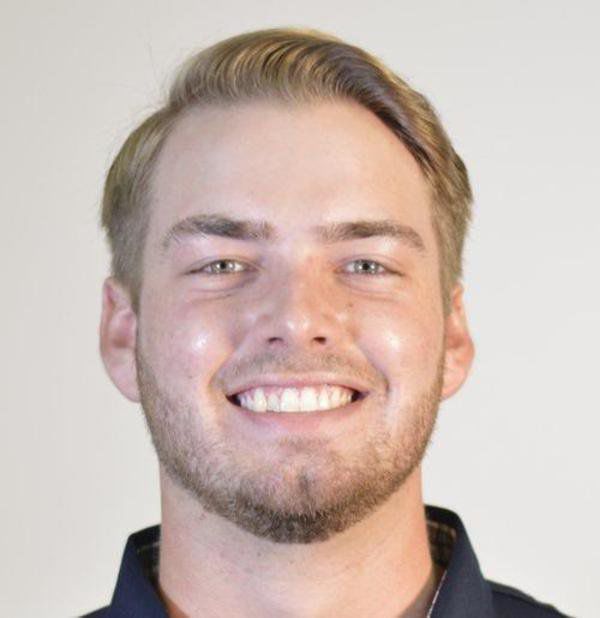 Dalton State College golfer Ben Rebne was named the 2020 Jack Nicklaus award winner, given annually to the top golfer in each collegiate division.

Now, he has an award bearing Nicklaus’ name.

Rebne, a golfer at Dalton State College, was named this year’s recipient of the Jack Nicklaus award, given annually to the top golfer nationwide in each collegiate division.

“It’s incredibly special, and I feel like it’s my greatest achievement to this date,” Rebne said. “It’s such an honor to be able to say I’m a Nicklaus award winner, and to be able to say that I got to meet him and talk to him is surreal and a once in a lifetime opportunity.”

Rebne won the NAIA award over four other finalists in Coastal Georgia’s Eli Scott, Point University’s Eric Wowor, Keiser University’s Carl Didrik Meen Fosaas and Ottawa University-Arizona’s Noah Hofman. The award, which is named after famed retired professional golfer Nicklaus, is also given to the top golfer in NCAA Divisions I, II and III and the NJCAA. With four winners of the Nicklaus award, Dalton State is tied for second most among all schools with Arizona State and Georgia Tech. Oklahoma State has the most Jack Nicklaus Award winners with five.

Rebne was named a finalist for the award after his junior season in 2019, but fell short of taking home the top honor. This season, he made it a goal.

“I think he was just happy to be a finalist,” Rebne’s Dalton State coach, Ben Rickett said. “I think coming into this season, in his head, he felt like he could win it this year.”

“That was more exciting than finding out I was a finalist this year, but to actually pull through and win the award this year is a crazy feeling,” Rebne said.

Rebne’s 2020 campaign was cut short when the NAIA canceled the remaining spring sports events due to the outbreak of the new coronavirus (COVID-19). Rebne picked up four individual tournament wins in the shortened season and was ranked second individually in the NAIA, according to Golfstat.com. Rebne was named the 2020 Southern States Athletic Conference Player of the Year.

Rebne isn’t the first Dalton State Roadrunner to take home the award. Sean Elliot won the award in 2015, while S.M. Lee took home the honor in both 2017 and 2018.

“It’s one of those things where it’s not about the coach, it’s about the players,” Rickett said. “This is the fourth in six years, and it’s kind of surreal to think about it. You don’t take it for granted, because you know how hard these players work to get there.”

Lee was a teammate of Rebne’s and won the award during Rebne’s freshman and sophomore seasons. Rebne counts seeing Lee’s triumph as motivation.

“To be able to watch him do it my first two years of college, I didn’t know if I would ever get there,” Rebne said. “To be able to do what he did is very special, and something I’m very excited about.”

The 2020 season was Rebne’s senior year, but he’ll be suiting up once again for a second go at a senior season. Due to the shortened season, the NAIA followed the NCAA’s lead in offering another year of eligibility for athletes in spring sports.

Rebne has already graduated and considered joining the professional ranks, but ultimately decided to return for another year — and another shot at the Nicklaus award.

“Absolutely, the goal becomes to repeat, but also we want to win a national championship and conference championship,” Rebne said. “Those are just as high on the totem pole as the individual award.”