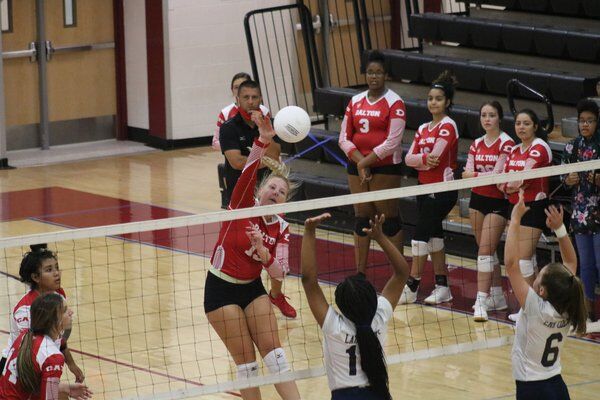 Dalton High School's Tessa Townsend sends the ball over the net during a match Thursday against Coahulla Creek at Southeast Whitfield High School. 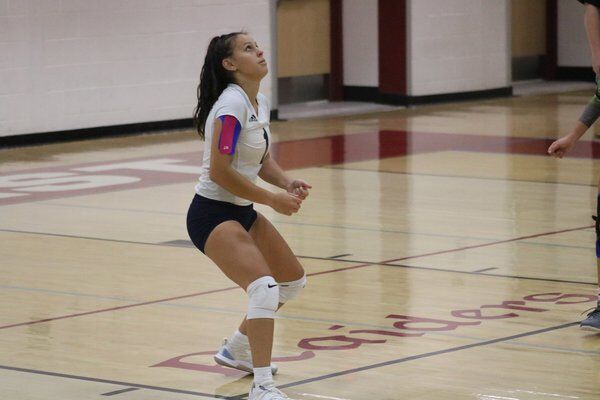 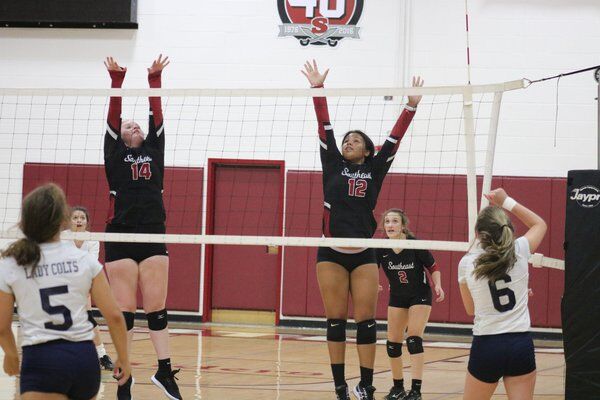 Dalton High School's Tessa Townsend sends the ball over the net during a match Thursday against Coahulla Creek at Southeast Whitfield High School.

The volleyball teams from Coahulla Creek High School and Dalton high joined Southeast Whitfield in the Raiders' home gym Thursday for a season-opening tri-match. Dalton (2-0) swept the other two schools, both in straight sets, while Southeast (1-1) came from behind to defeat Coahulla Creek (0-2).

Dalton quickly got out in front of both of the other two schools in each match. The Lady Catamounts first dispatched Creek 25-8 and 25-13 in the two sets. Dalton defeated Southeast in the first set 25-8, then sealed the victory with a 25-12 win in the second, despite falling behind a 4-0 Southeast start.

"It's always important at the start of the season to win," said Dalton head coach Edis Krnjic.

The only unfavorable stat for Dalton in the two matches, according to Krnjic? Serving errors.

Dalton committed eight against Coahulla Creek and six against Southeast.

"That's one thing where I'll probably have to get on to them," Krnjic said. "We missed a lot of serves, and it's hard to get up on teams when you miss that many."

After Coahulla Creek took the first set 25-22 in the first match of the evening against Southeast, the Raiders needed a major comeback to force a decisive third set.

In the second frame, Creek led Southeast 12-4 to start, then 21-15. The Raiders responded with nine straight points to seize back control of the set, eventually winning the second 25-22. Southeast won the third set 15-13 to complete the comeback victory.

"We definitely had those first-game jitters, but we pulled through," Southeast head coach Bethany Kenemer said. "They went on that run to come back, and it was good to see them figure out how the game worked."

Paola Loya led Southeast with 25 digs in the two matches, while Trinity Burse tallied 15 digs and led the Raiders with nine kills. Anna Boyd had 10 digs, nine assists and four kills, and Lisette Gomez had 18 digs and five assists.

Dalton next hosst Christian Heritage and Heritage in a tri-match Tuesday at 5 p.m., while Southeast Whitfield and Coahulla Creek travel to play in a Saturday tournament at Adairsville.