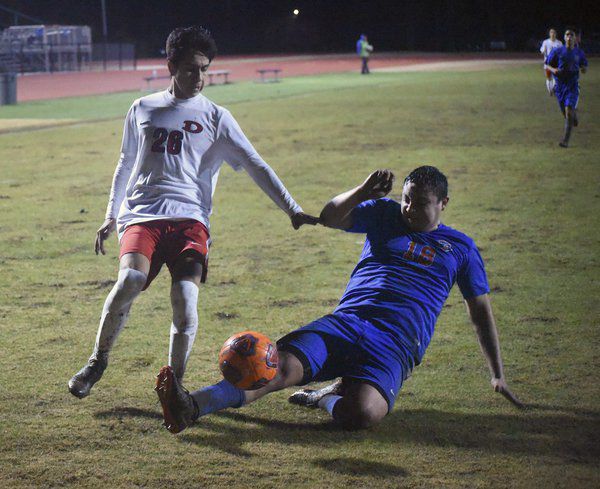 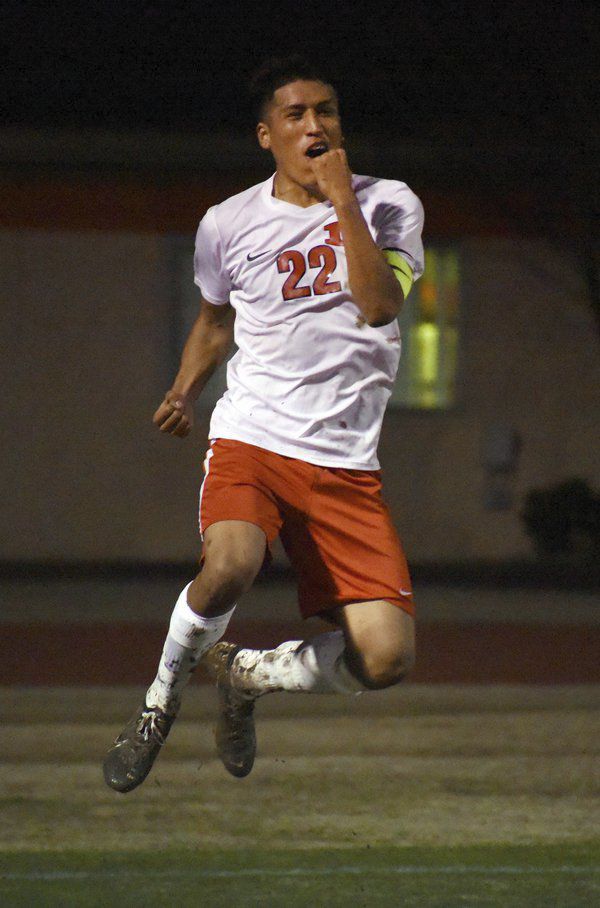 Dalton High School's Ezequiel Hernandez celebrates after he scored a goal, making the game a 1-1 tie in the fist half. 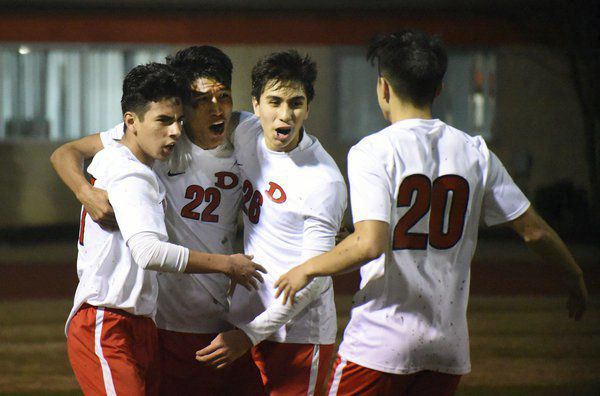 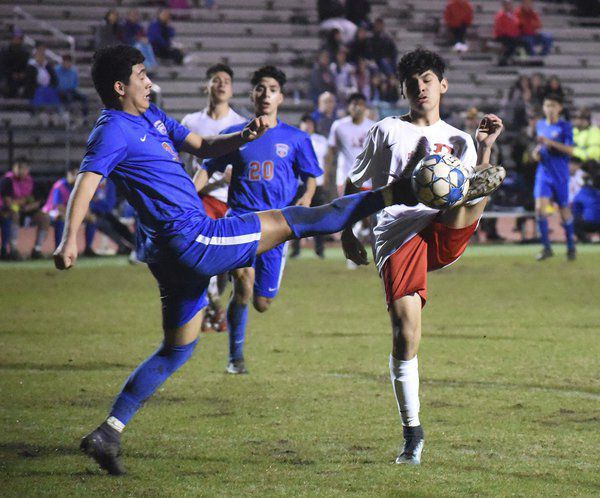 Dalton High School's Ezequiel Hernandez celebrates after he scored a goal, making the game a 1-1 tie in the fist half.

Christian Heritage goalkeeper Faith Humphrey had 13 saves to help the Lions to a 1-0 victory Tuesday at home over Trion. Ansley Adkins scored the only goal of the game, assisted by Athena Critides. Christian Heritage is 1-0.

On Monday night, Coahulla Creek beat Gilmer, 10-1. For the Colts, Fernanda Olivas and Ana Silva each scored four goals while Delia Navarro had two goals and one assist. Coahulla Creek is 3-1-1.

In Tunnel Hill, Northwest defeated Dalton, 3-0. Scoring one goal each for the Bruins were Vanessa Coronel, Jailyne Martinez and Nicole Perez. Assists were by Perez (two) and Heather Allen. In goal, Brooke Alvarez had eight saves including a penalty kick save. Northwest is 3-0.

The Catamounts made the short trip to Tunnel Hill and defeated the Bruins, 5-1. Scoring goals for Dalton were Ezequiel Hernandez (two), Yahir Paez (one), Manny Prieto (one) and Jeremiah Zuniga (one). Also, Prieto had two assists and Zuniga had one assist. Dalton is 3-0.

Brayan Hernandez scored six goals -- including two in the first minute of the game -- as Southeast dominated Adairsville, 10-0. Also scoring one goal each for the Raiders were Leo Barajas, Carlos Gloria, Eduardo Hernandez and Michael Soto.

Notching assists were Julian Hernandez (two), Chava Garcia (one) and Luis Sayas (one). Southeast is 2-1-2.

The Raiders kept their perfect season going with a 5-4 home victory over Lakeview Fort-Oglethorpe. For Southeast (5-0), Adam Sowder pitched five innings giving up four runs (one earned) on four hits while striking out four. Colby Patterson pitched two scoreless innings to record the save.

At the plate, Bryson Lofton went 3-3 with two singles, a double and two RBIs. Ramon Hernandez went 1-3 with a run scored and a RBI and Marc Mireles went 1-3 with a single.

There will be a free Dalton State College basketball game watch party on Thursday on campus at the Pope Student Center. Tipoff is at 8:30 p.m. as the Roadrunners take on Faulkner University. Dalton State is currently second in the Southern States Athletic Conference standings while Faulkner is first. The watch party will be in the upper level of the student center and attendees are asked to enter through the doors next to the bookstore.