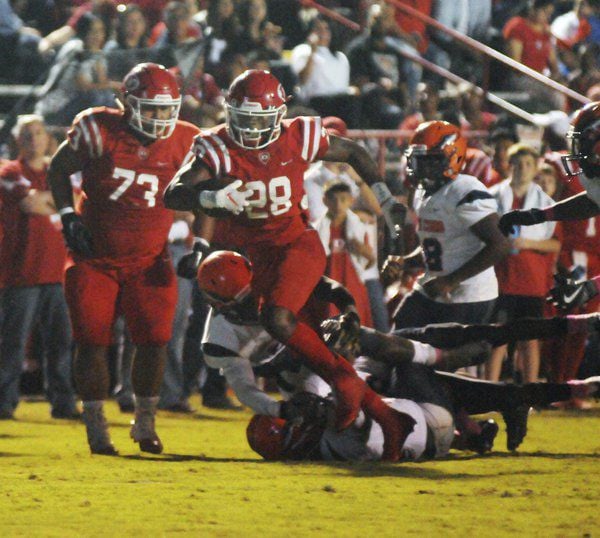 Dalton High School's Maurice Howard escapes a tackle on his way to a touchdown against South Cobb Friday night at Harmon Field in Dalton. 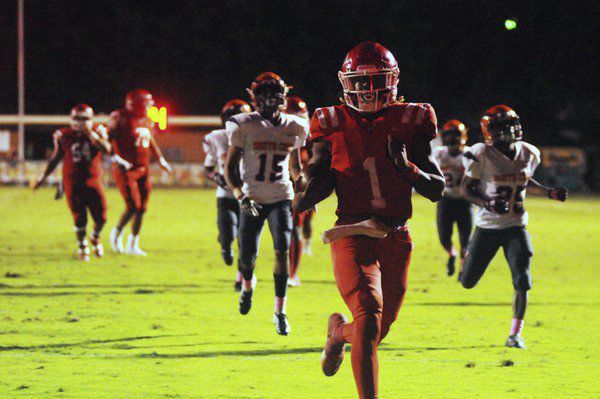 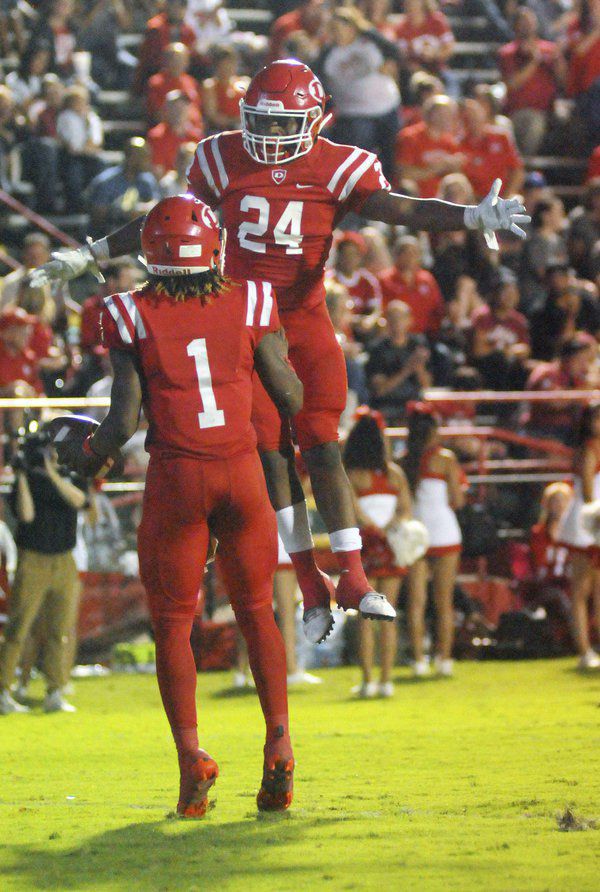 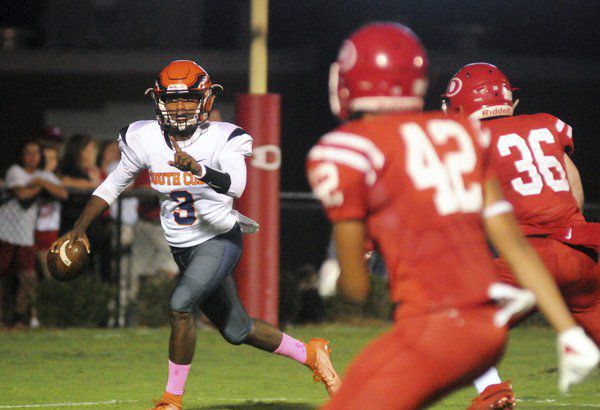 Dalton High School's Maurice Howard escapes a tackle on his way to a touchdown against South Cobb Friday night at Harmon Field in Dalton.

Jahmyr Gibbs scored another five touchdowns -- now with 34 for the season -- as the senior Georgia Tech commit led Dalton High School over South Cobb Friday night in its Homecoming game, 62-7.

Gibbs rushed for 170 yards on 19 carries. He also caught a two-point conversion in the win as he is nearing 2,000 yards on the ground in his final campaign.

"I thought our team played very well," Dalton coach Matt Land said. "We did a great job this week focusing on this team and focusing on what we needed to do to get better."

South Cobb's only score was on a kickoff return for a touchdown.

Land said he was happy to see Howard, who has been injured with along with multiple other Catamounts, play at almost 100%, while third-string quarterback Parker Adams handled the offense with composure in the win.

Dalton takes to the road next week as it travels to Sprayberry.