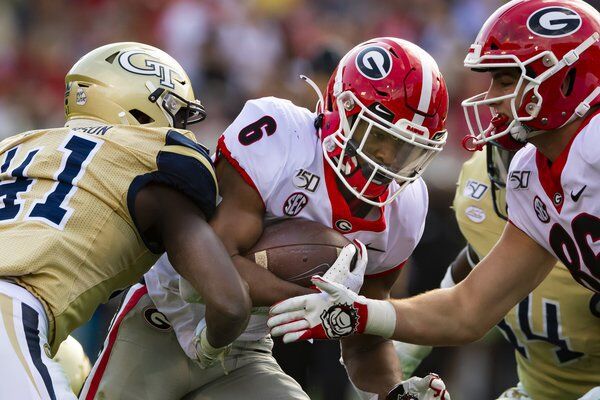 Georgia running back Kenny McIntosh runs with Georgia Tech defensive lineman Jaquan Henderson defending this past season in Atlanta. Traditional ACC-SEC rivalries such as Georgia-Georgia Tech likely won't happen this season due to scheduling changes brought on by the new coronavirus (COVID-19) pandemic. 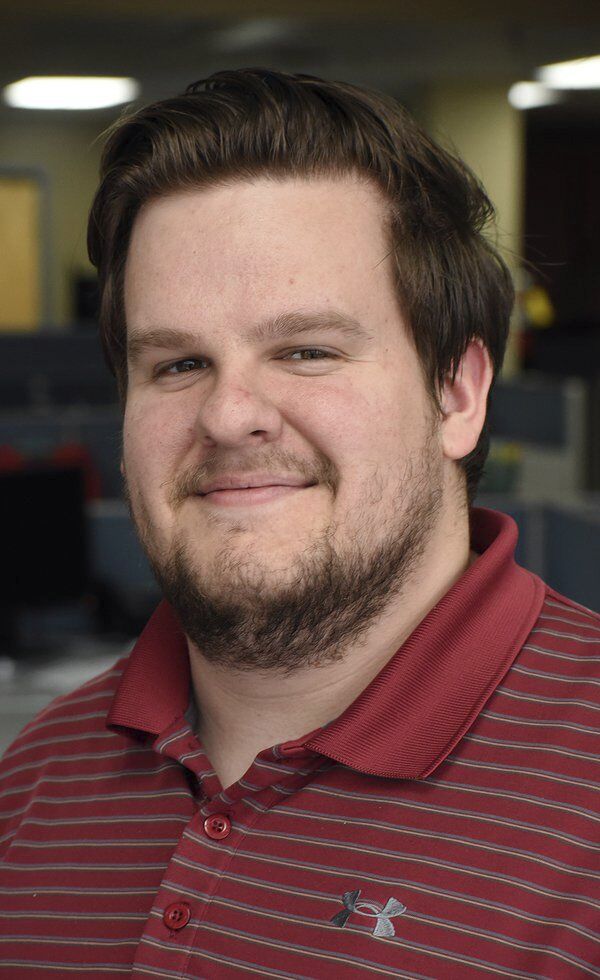 Georgia running back Kenny McIntosh runs with Georgia Tech defensive lineman Jaquan Henderson defending this past season in Atlanta. Traditional ACC-SEC rivalries such as Georgia-Georgia Tech likely won't happen this season due to scheduling changes brought on by the new coronavirus (COVID-19) pandemic.

The 2020 season is set to be an unusual one in Football Bowl Subdivision college football, should it actually happen, as teams and conferences scramble to make plans to hold a season as safely as possible amid the outbreak of the new coronavirus (COVID-19).

These plans are certainly not ideal, but, with the possibility of worsening the outbreak hanging over the heads of decision-makers, any measure to lessen that possibility is probably necessary.

The first thought when hearing of a conference-only season goes to the traditional rivalries that appear will at least take a one-year break in 2020. Georgia vs. Georgia Tech, South Carolina vs. Clemson, Kentucky vs. Louisville and Florida vs. Florida State all fall by the wayside with the ACC and SEC decisions

The upcoming season is set to be the first without the "Clean, Old-Fashioned H ate" rivalry of Georgia vs. Georgia Tech for the first time since 1924.

Also lost in conference-only seasons will be the “paycheck” games relied on by lower-major and Football Championship Subdivision programs. Schools like East Tennessee State University and the University of Louisiana Monroe, who were both originally scheduled to play at Sanford Stadium against Georgia this season. Georgia originally agreed to pay ULM $1.8 million by January 2021 for the matchup, according to the Monroe-based News Star. ULM athletics director Scott McDonald told USA Today that it had not yet been decided how the SEC decision will affect the payout.

Some FCS conferences, who can’t rely on the same level of revenue as larger programs, have shuttered for the 2020 football season altogether already.

One positive, for the viewer and fan at least, is a season bereft of games that often end up one-sided.

The details of the SEC’s schedule has yet to come out, but if traditional non-conference rivalries are thrown out the window, at least viewers can count on high-level conference competition every week. Should the College Football Playoff still occur, teams coming out of a 10-game murderer’s row of an SEC schedule, plus a conference championship game, should enter highly-tested at least.

With so much left uncertain by COVID-19, any college football has to be considered a victory.