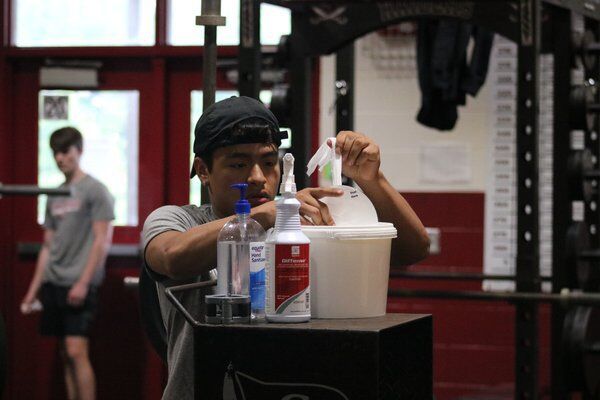 Southeast Whitfield High School's Anthony Ramirez pulls out a sanitizing wipe to use during a football team workout last year. 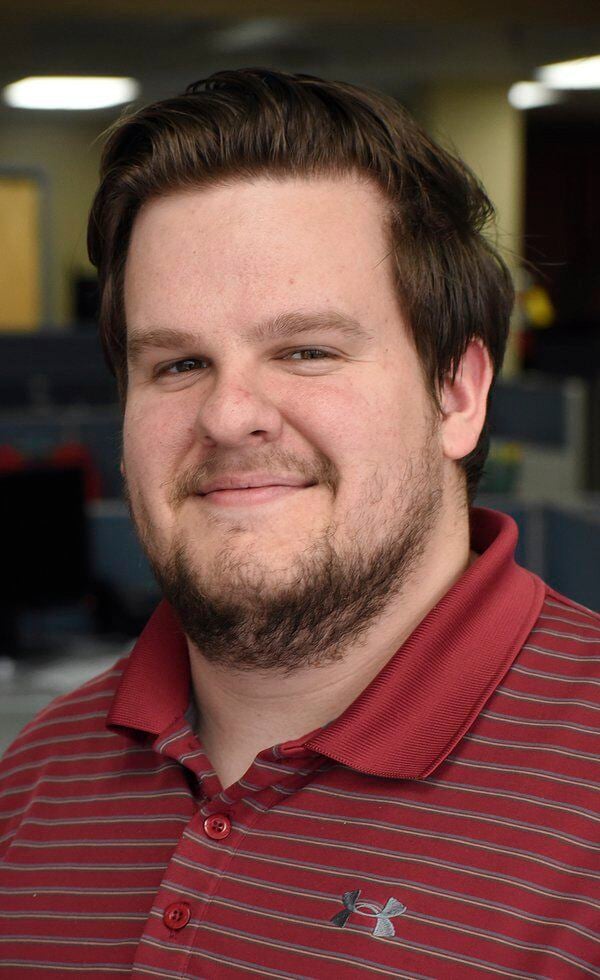 Southeast Whitfield High School's Anthony Ramirez pulls out a sanitizing wipe to use during a football team workout last year.

The 2020-21 academic year has wrapped for Northwest Georgia high schools and Dalton State College, and with it end the sporting seasons of a year that was unlike many before it.

With the outbreak of the COVID-19 pandemic thrusting into the forefront of national attention last March, bringing with it a cancellation of the remainder of 2020's spring sports, the sports calendar that was just completed once seemed like an impossibility.

The rapidly-put together plans for increased safety measures -- social distancing, wiping surfaces, spraying and sanitizing became just as much part of the sports vernacular as pass, putt or pop fly -- allowed for the return of offseason workouts last June. Suddenly, preparation for sports replaced the pontification over whether there should be sports.

That question may never truly be solved. Even in hindsight, with all the statistics and studies that have come out surrounding COVID-19 in the last year and change, it's still up to (sometimes heated) debate just how many extracurricular activities, sports seasons included, should have been allowed to continue during the pandemic, even with safety measures in place.

What can be quantified though, is how many student athletes -- locally, nationally and internationally -- would have missed out if sports seasons had not been held in 2020-21.

You only have to look back a couple of weeks in Whitfield County.

The county crowned three high school state championship soccer teams -- Coahulla Creek, Dalton and Southeast Whitfield -- an event that rallied the community together enough to raise money to pay for the championship rings of each member of the three champions.

That couldn't have happened if the 2021 versions of those soccer teams were forced to sit at home without the chance to prove themselves on the field, much like what happened to many of the same players in spring 2020.

Dalton's Hunter Noland wouldn't have had the chance to finish off his wrestling career with his third state championship, and Southeast's Jose Leon and Riso Webb would not have become the first pair of Raiders to earn state wrestling championships in the same year.

Over at Dalton State, the men's golf team wouldn't have had a chance to win the program's first team national championship after both the men and the women easily took the Southern States Athletic Conference championship. The men's soccer team wouldn't have finished with their best season to date and won the SSAC for the first time.

Sure, there were downsides.

While those other Dalton State programs were enjoying that success, a variety of injuries on a COVID-shortened roster plagued the basketball team all year long until the Roadrunners had to bow out of the SSAC tournament due to the virus before getting a chance to defend their conference title from 2020.

Distancing and masking rules, when enforced and heeded, may have kept some spectators from attending games they otherwise would have.

But, the majority of those games still went on, and they proceeded fairly normally given the abnormal state of the world just outside the boundaries of fields, courts and courses.

After the year of COVID-19 in sports, that normal seems to be seeping back into place. Spring football has wrapped up, something that wasn't allowed last year for local high school programs, with coaches looking forward to a fall that seems much more secure than it did a year ago.

The inevitability of sports was rocked by COVID-19, but it's returning.

Unlike a year ago at this time, sports fans in Northwest Georgia can look forward without looking over their shoulder.

See you on a field this fall.