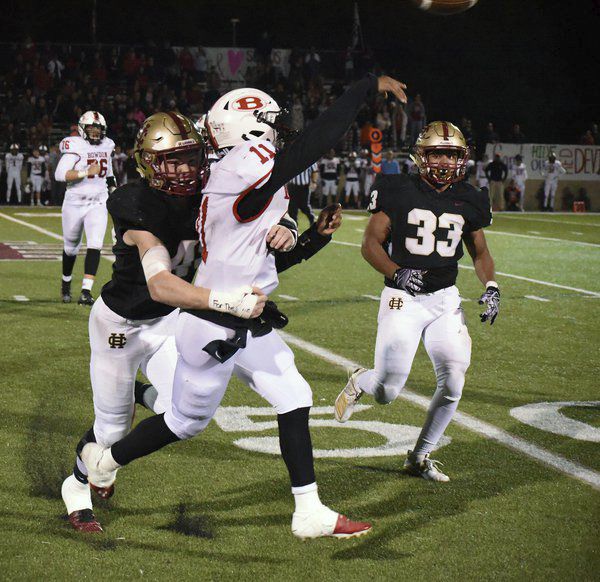 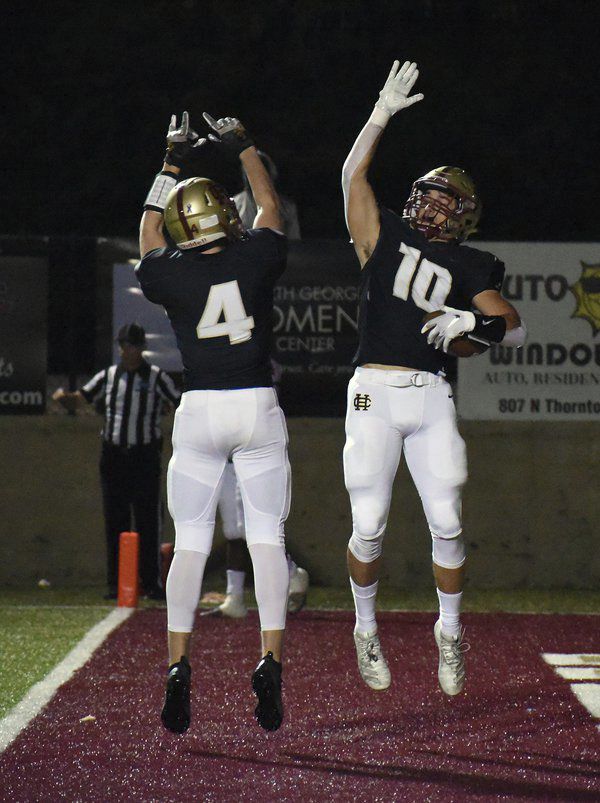 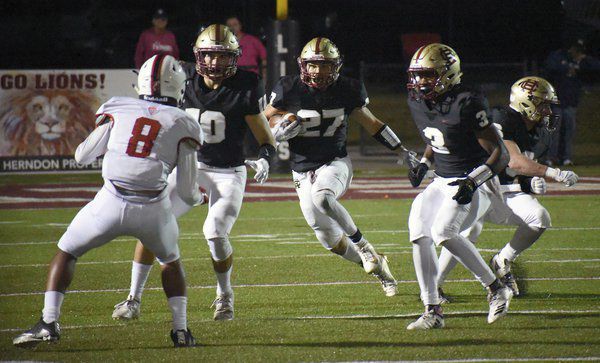 Ethan Smith looks for an opening during his team's 28-14 home win Friday over Bowdon. 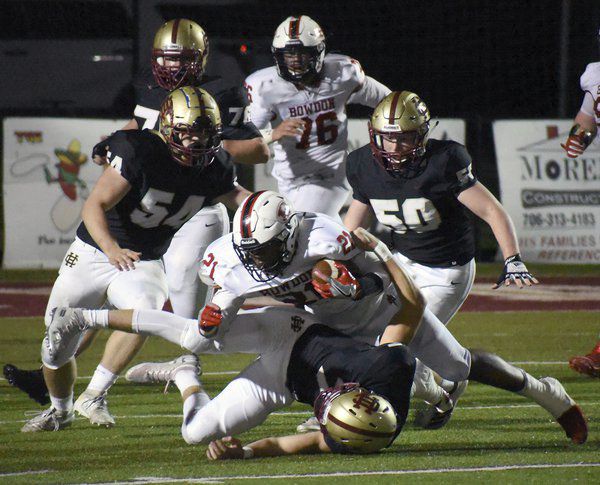 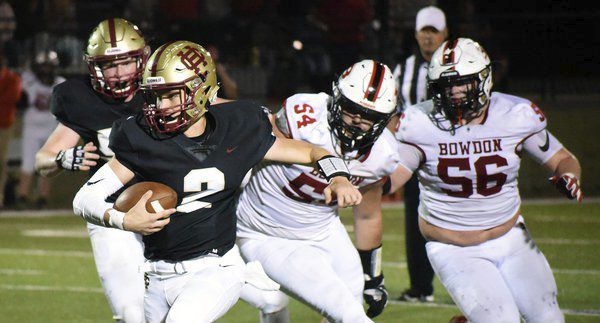 Ethan Smith looks for an opening during his team's 28-14 home win Friday over Bowdon.

Christian Heritage School's season has been full of strong defensive efforts, and another stout performance defensively Friday helped the Lions deal Bowdon its first defeat of the season, 28-14.

"We've built this thing on defense, and I'm proud of them," said Christian Heritage coach Jay Poag. "We've got guys who are big and strong and can run and hit."

"We're really physical, and that's how you do it on defense," he said.

On Bowdon's first play from scrimmage, Ben Williamson pounced on a fumble by Bowdon's Gage Stephens, and the Lions took over on the 14 of the Red Devils.

That forced fumble and recovery "was really big," Hermann said. "It got us started."

After losing two yards on their two plays following the turnover, quarterback Christian Thomas eluded a potential sack and found Ethan Smith in the end zone on third down for the game's first score.

The Lions had an opportunity to double that margin later in the opening quarter, but an interception on a deflected pass attempt by Thomas returned the ball to the Red Devils deep in their own territory.

The home team did strike shortly before halftime, however, to carry momentum and a 14-point lead into the break. A 39-yard pass by Thomas to Evan Lester down the sidelines advanced the ball to Bowdon's 27, and then a screen pass to Gage Leonard picked up another 21 yards. Thomas then hit Lester on a well-timed connection for a 5-yard touchdown and a 14-0 advantage.

On the first play from scrimmage of the second half, Solomon Locke blindsided Bowdon quarterback Robert McNeal, putting the Red Devils behind the chains, and that eventually led to excellent field position for the Lions, who started their drive on Bowdon's 32. The second Thomas-Lester touchdown pass of the game, this one for 24 yards, made it 21-0 with 7:52 remaining in the quarter.

Bowdon finally got on the board with a 6-yard touchdown run by Trajan Boddie, although the drive was enabled by a pair of 15-yard penalties on the home team. Bowdon had a chance to pull closer after forcing a punt, but Joe Dixon flipped the field with his punt of nearly 60 yards, pinning the visitors back inside their own 10. The Lions defense returned possession to their offense at the Bowdon 30 after forcing a punt, and Leonard eventually stretched the margin to 28-7 with 6:25 remaining in the game with a 3-yard touchdown run.

Bowdon refused to capitulate, however, requiring only 67 seconds for a touchdown drive that ended with a 6-yard scoring pass from McNeal to Ben Fortson, but their onside kick was recovered by the Lions. Bowdon's final drive of the game ended inside the home side's 10 as time expired.

The Red Devils, who fell to 6-1 and 3-1 in Region 6-A, "are not going to hurt you throwing the ball," Poag said. "We played our responsibilities really well on defense."

After the final whistle, numerous players from both squads came together on the field, and there was some pushing and shoving, but coaches and officials quickly separated the two sides.

"It gets chippy at the end," Poag said. "It was a great game nobody wanted to lose, and both teams have a lot of pride."

Hermann is optimistic about his squad's prospects the rest of the season.

"'We not me' has been our motto the whole year, and we've lived up to it pretty good," he said. "I think we can go really far if we keep that mentality."