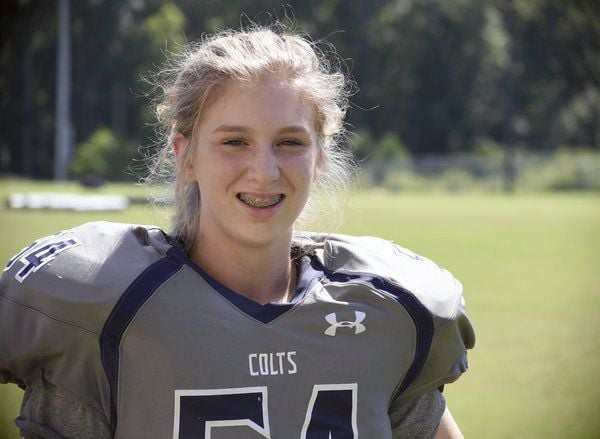 Coahulla Creek High School's Madison Lowery said she may consider entering law enforcement after high school, following in the footsteps of her parents. 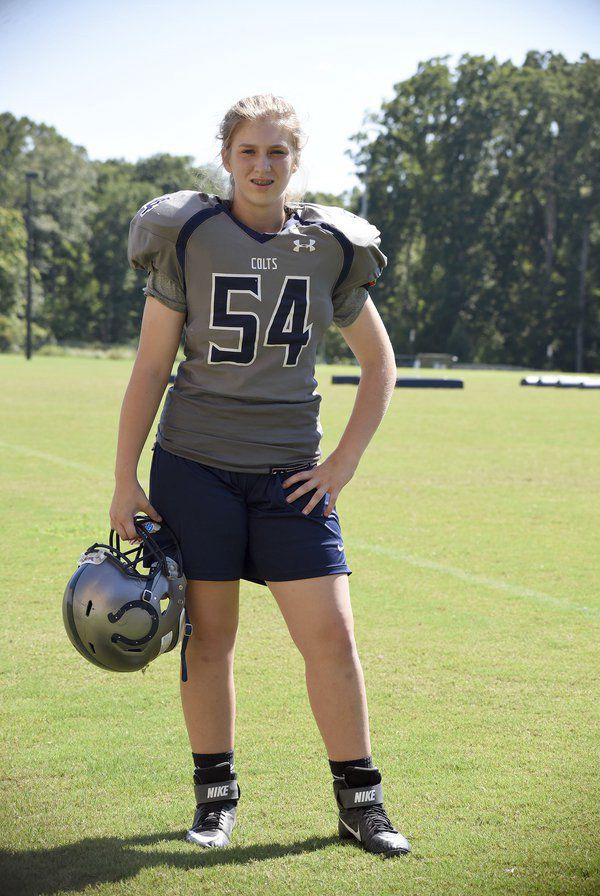 Coahulla Creek High School's Madison Lowery is the only girl on the football team, but she fits right in with her teammates. 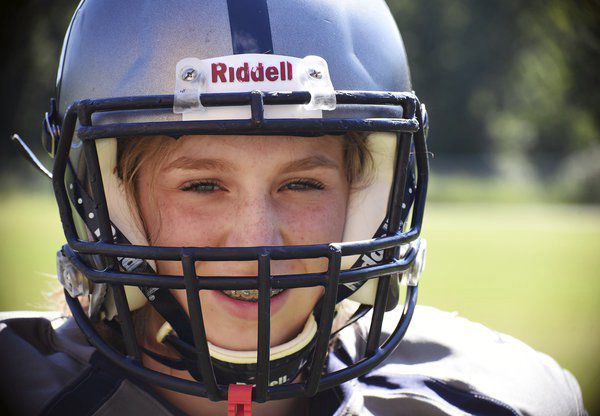 Coahulla Creek High School's Madison Lowery has been said to blend in with the rest of the football team, despite being a girl. 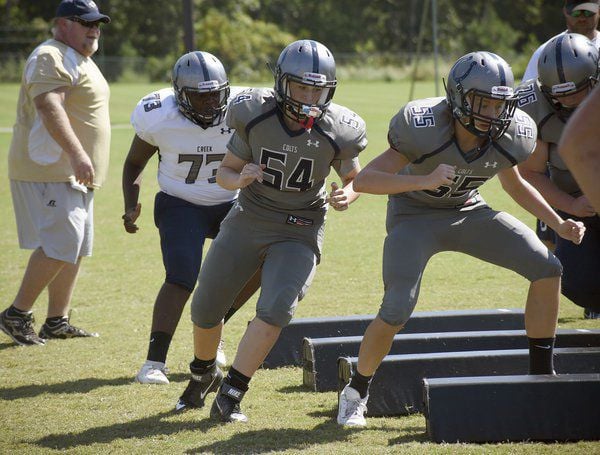 Coahulla Creek High School's Madison Lowery blends in with the rest of the football team, despite being a girl.

Coahulla Creek High School's Madison Lowery said she may consider entering law enforcement after high school, following in the footsteps of her parents.

Coahulla Creek High School's Madison Lowery is the only girl on the football team, but she fits right in with her teammates.

Coahulla Creek High School's Madison Lowery has been said to blend in with the rest of the football team, despite being a girl.

Coahulla Creek High School's Madison Lowery blends in with the rest of the football team, despite being a girl.

VARNELL — Madison Lowery is the first to tell you not to get in her way.

The Coahulla Creek High School freshman is not the most conventional athlete on the field, but her spot on the offensive and defensive line for the Colts’ junior varsity football team doesn’t mean she’s not ready to fight.

Lowery has been playing football since eighth grade for North Whitfield Middle School. In a sport dominated by men, she got the idea to join the team from, well, herself. She's currently the only girl on the team.

“I guess I just wanted to be different,” she said. “Not many girls are doing it, and I guess the big picture was that I didn’t really like any of the other sports. I think I needed a sport to teach me a lot more mental things to prove that women can do a lot more than they think.”

Once the idea popped into her head, Lowery faced the task of telling her parents. She said she wasn’t too worried, being the second youngest of four girls in her family, with both of her parents in law enforcement.

“Their first reaction was ‘What?” she said. “They were a little shocked but my mom, especially, she is kind of known for being the cool mom. She’s really tough, and I wanted to follow in her footsteps but by doing something different.”

Lowery said while her parents were supportive, they were skeptical at first.

“They thought I wasn’t going to last more than two weeks,” she said. “Once I came back with a bunch of bruises everywhere and I said I still wanted to play, I think they could tell I was serious.”

In her mind, Lowery was always serious. She just had to find a way to get integrated with the team. One of the first steps was choosing a position.

So, the choice was simple. There would be no speedy running back or jolting receiver title to go along with her name. She said, too, she cringes at the thought of being a kicker.

“My feet are bad,” she said. “The ball would never go straight.”

Though Lowery won’t be playing tonight as Coahulla Creek’s varsity team hosts Southeast Whitfield, she has enjoyed her time so far playing high school football. As a freshman, Lowery has the chance to play junior varsity with games on Thursdays, as opposed to a freshman team, since there isn’t much depth at the lineman position.

Lowery said the learning process has required her to have a very open mind. She hasn’t had the experience of most players who grew up in the sport, and said she’s a little sad she doesn’t have a brother she can go to for technical help.

On the other hand, she’s gained numerous brothers on the team.

“It’s taken some time, but I just had to do it,” Lowery said. “I’ve always connected with the guys on the line. They’ve become my brothers. They actually try to teach me instead of brushing me off.

“When I got to high school, I did have some thoughts about being the underdog and not getting to play a lot because I’m a girl. But, I started doing more exercise and I lost weight. It was really nice because it was the push I needed to get my body right and my mind right. Now, I love Coahulla Creek football.”

Lowery’s mother, Angie, is a Whitfield County Sheriff's Office lieutenant, while her father, Matt, is a Dalton Police Department officer.

She wears No. 54 — the same number her mother wore on her high school basketball team.

“I’m not really big into the names. I follow my parents,” she said. “They’ve always taught me that I can do anything I can put my mind to.”

Even before playing football, Matt Lowery said he can remember his daughter thinking differently.

“Of course we are very proud of her, and now that she’s gotten to a little bit of a bigger playing field she’s still holding her own. She’s handled herself really well.”

Matt Lowery said while sitting in the stands during games, he has heard a few comments here and there about seeing a girl on the field, then sitting back to realize that it’s his child. Luckily for him, he hasn’t ever heard anything unfavorable.

The few times Lowery has come across negativity, she has had a very simple strategy of how to cope.

“I honestly just ignore it,” she said.

As she is still young, Lowery has goals, just like anyone else, including wanting to make the varsity team. Her biggest goal, however, is to stay on course.

“One thing I would like to accomplish is to say I actually did it,” she said of thinking back to now when she’s a senior one day. “Of course, not many girls do actually do it, and right now I have the opportunity so I want to keep showing that women are amazing and empowering.”

As far as Coahulla Creek coach Caleb Bagley is concerned, there isn’t anything to worry about.

“She really does blend in,” he said. “She doesn’t make it about her being a girl. She’s there every day practicing just like everyone else. She never complains and she has earned the respect of her peers. That’s all we really expect from our players, whether they are a girl or a boy.”

Moving forward, Lowery still has nearly four years to develop. For those who come across her on the field, staring straight into her eyes as she gets into position on the line of scrimmage, she has one message.

North Murray is looking for its first win of the season in its home opener.

Mrs. Luckie Huggins Pippin, 65, of Dalton passed away Thursday January 16, 2020, at her home. She was preceded in death by her parents, G.F. Huggins and Kathleen E. Wells and lifetime soul mate, Ronnie Pippin. Luckie is survived by her children, Christy (Rodney) Moore, Linda Raulston, Rhonda…