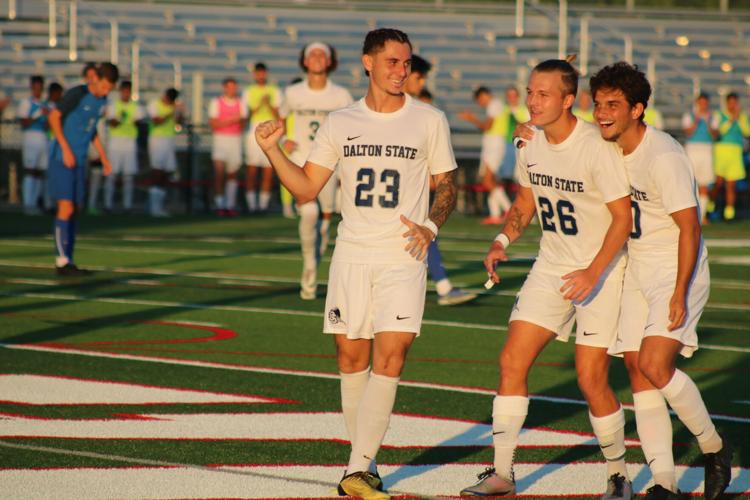 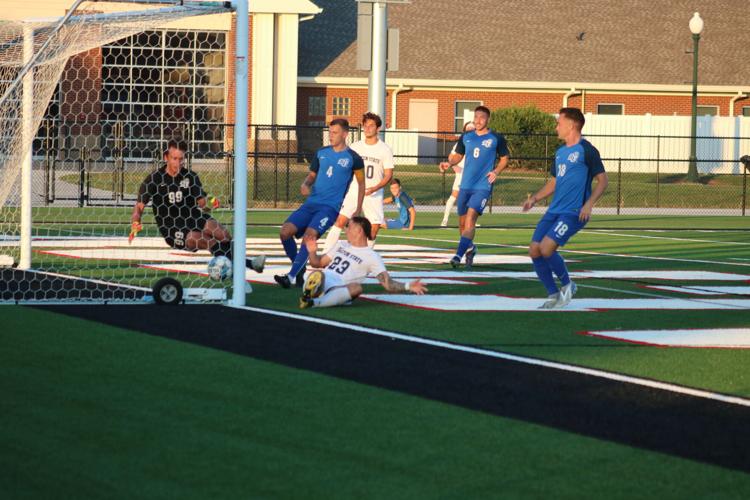 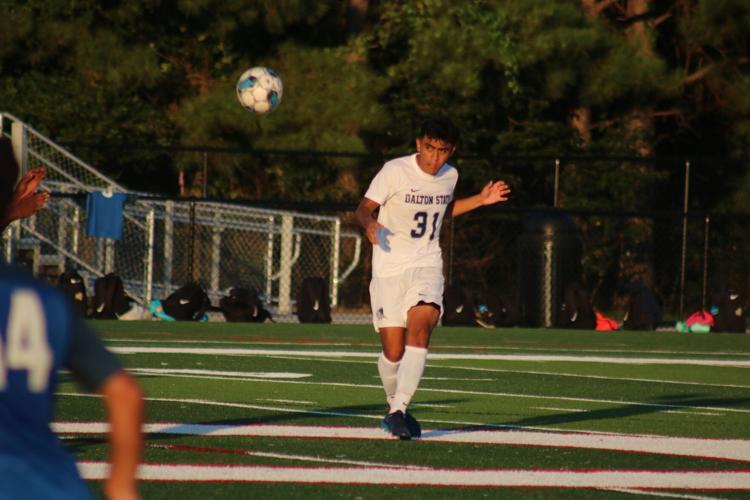 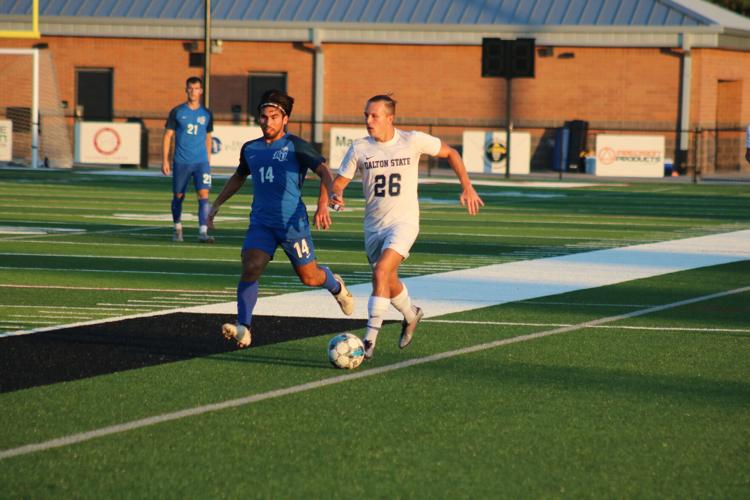 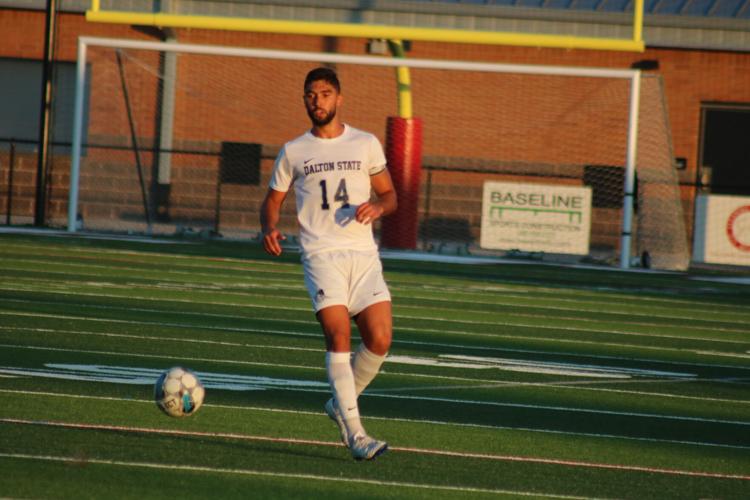 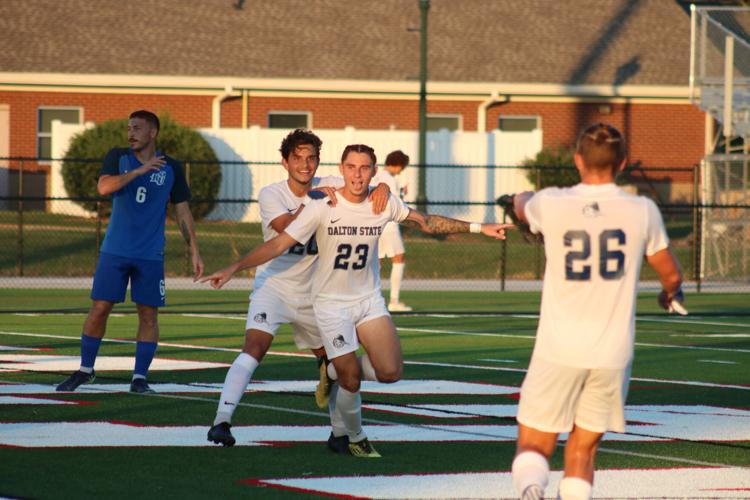 If the Dalton State College men’s soccer team had stopped scoring after six minutes of action in a Wednesday night home match against Reinhardt University, not much would have changed about the outcome.

Dalton State’s Justin Riescher scored two goals in the first 5:48 of play as the ninth-ranked Roadrunners ran past Reinhardt 4-1 to stay undefeated.

Riescher scored just 3:20 into the contest for the Roadrunners, who have won six and tied two games through eight matches this season.

Dalton State started the game with an assault on the Reinhardt (2-4-1) net, and one of those peppered shots bounded off to an open Riescher, who buried it into the back of the net.

Riescher’s second goal dug the Reinhardt deficit deeper, as Josh Ramos charged toward the net and found an open Riescher streaking into an opening in front of the left side of the net. Riescher slid and sent the ball past a diving keeper to open up the 2-0 lead.

With the goals, Riescher became Dalton State’s all-time points leader with his 106th point in a Roadrunner uniform, passing former Roadrunner Santiago Moore’s 105. Riescher has 47 career goals with Dalton State and 12 assists. Riescher, a fifth-year senior, is in his fourth year with the Roadrunners after transferring from Virginia Military Institute.

Dalton State settled back after the initial scores, content with that quick advantage. Nearly 40 minutes of action went by without a score before another Roadrunner goal increased the lead to 3-0.

With just 1:08 left in the half, Cristiano Catarino found an open Leonardo Seixas, and he put the Roadrunners up with a commanding lead at half.

In the first half, Dalton State held Reinhardt to three total shots while taking 11.

Reinhardt got a few more chances in the second half, tallying seven shots. Blake White got Reinhardt on the board in the 51st minute, but the visitors couldn’t match even the two early goals by Riescher.

White’s goal was one of only two shots on goal for the Eagles. Keeper Michael Barrueta stopped the other shot.

Seixas scored again with 30 minutes to play after intercepting a Reinhardt pass, matching Riescher with two goals in the game, and Dalton State closed out the victory from there.

Riescher and Javier Morejon each had four shots, including three on goal, to lead the Roadrunners. Jaime Mendiola, the former Coahulla Creek High School standout, started at midfielder and tallied two early shots.

The Roadrunners put their undefeated record to the test Saturday in Mount Vernon as Dalton State starts Southern States Athletic Conference play against Brewton-Parker at 4 p.m.