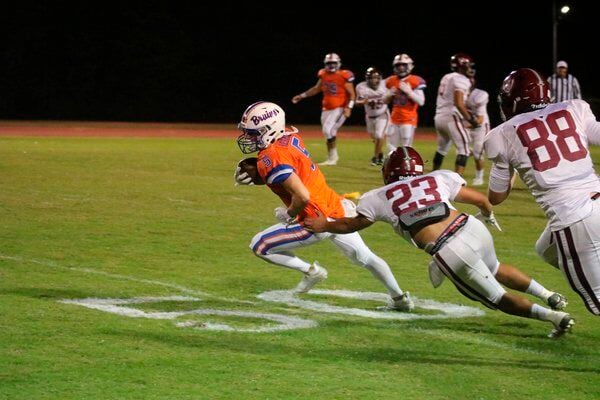 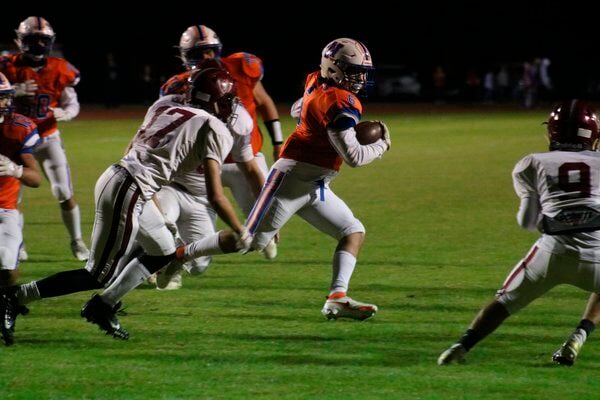 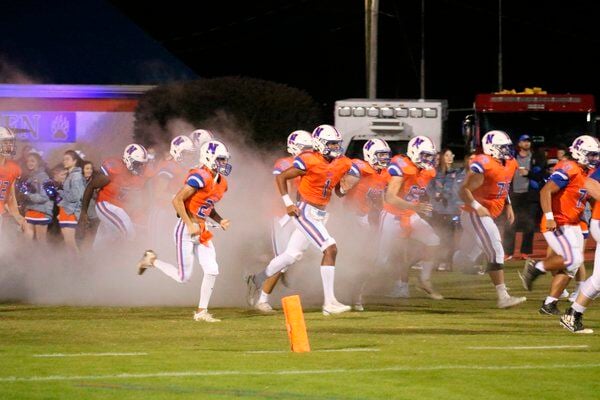 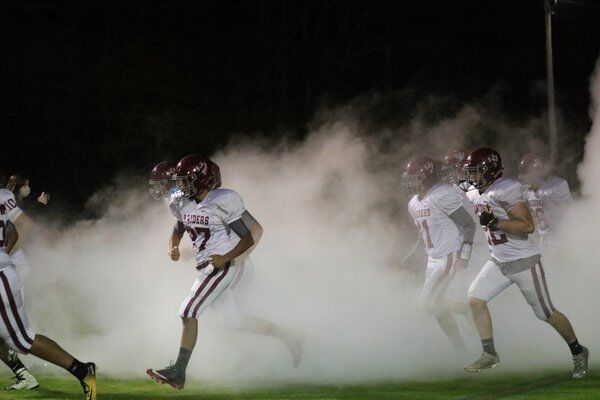 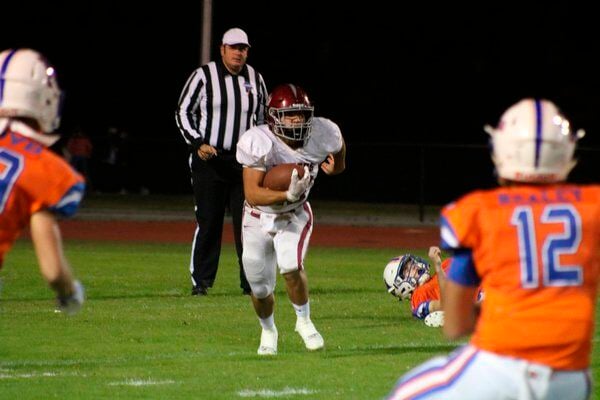 TUNNEL HILL — Any hopes Southeast Whitfield High School harbored of upsetting their intra-county rival Northwest — and ruining the Bruins homecoming night — were quickly quashed Friday, as the Raiders turned the ball over three times in the first quarter and fell behind 29-0 only three seconds into the second quarter.

"You can't have turnovers against a good team like Northwest," said Todd Murray, Southeast's head coach. "We were able to move the ball a little bit, but turnovers (stymied us), and they are very explosive on offense."

The Raiders coughed it up on their second play from scrimmage, with Jaxon Holt recovering for Northwest at Southeast's 22, and on the second play of the ensuing drive Adrian Reyes ran 18 yards for a touchdown. The Bruins scored their second touchdown three minutes later, as senior Matt Redmond caught Owen Brooker's pass roughly 10 yards downfield going toward the sidelines, but he cut back toward the middle to elude a pair of defenders, then darted back outside to escape two more before turning on the jets to complete a 59-yard score.

"I knew I had two on me, and it was an out route; I knew I could go out of bounds, or cut it and go" for the big play, Redmond said. After choosing the latter option, he then spied fellow wide receiver Ray Morrison "downfield in front of the corner, and I figured he could pin him inside," which he did to help spring Redmond for the score.

The Bruins called Redmond's number again on the next play, and he rushed in for a two-point conversion to extend the lead to 15-0 with 7:17 left in the opening quarter.

Ethan Hill's pass went through the hands of his intended target and into the arms of Northwest's Keaton Mcquaig, so the Bruins took over at Southeast's 46, and a few plays later, Reyes bulldozed his way to the end zone from 14 yards out to make it 22-0 with 2:47 left in the first quarter.

"We struggled on defense for a couple of games, but we are learning to be better," said Josh Robinson, Northwest's head coach. "Penalties, if there was one thing I didn't like tonight, we had too many penalties on offense."

Another of Hill's deflected passed landed in the hands of a Bruin, this time Redmond, and he returned it to the 11 of Southeast.

"Their quarterback likes to eye his receiver," and reading those eyes led Redmond to break toward the ball, Redmond said. Cornerback Preston Nealey "tipped it up perfectly for me."

The Bruins — who had a similarly easy time with the Raiders last season, when they beat them 49-7 at Southeast — responded to the road team's first score with alacrity, when Brooker and Morrison connected again, this time for a 20-yard strike. Redmond's second interception of the half, with 80 seconds remaining, led to a 32-yard field goal on the half's final play by Yahir Zapata.

With a 46-7 lead, Northwest pulled numerous starters at halftime, which allowed many players to see game action who don't often get onto the field.

"That's one of the best things, when our scout team guys and (junior varsity) guys can get game reps," Robinson said. "It's good for the depth of our program, but it's also good for them, and they deserve it."

With 2:38 remaining in the third quarter, Southeast's Jose Herrera muscled his way for a 9-yard touchdown to cut the deficit to 46-13, and freshman quarterback Jacob Layman's 9-yard touchdown run on the game's last play led to the 46-20 final score.

The Bruins, who now lead the all-time series against the Raiders 34-9, last lost to Southeast in 2017, a game Redmond remembers well even though he'd like to forget it.

"We lost there my freshman year, and I could not let that happen again," said the senior, who ripped off three straight wins over the Raiders following that freshman-year setback to close out his Bruins career. "This rivalry is big for me."

"We progressed this season, and kids responded well, (so) it's a season we can build on," Murray said. "It's been an odd season all the way through" with missed games and practices due to the new coronavirus (COVID-19) pandemic, but the focus this offseason for the program will be getting bigger and stronger through "a commitment to the weight room."