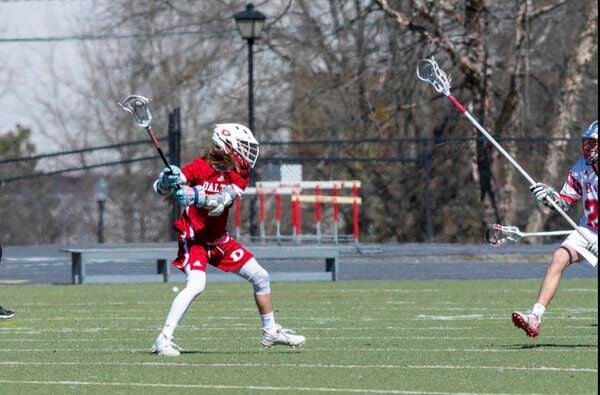 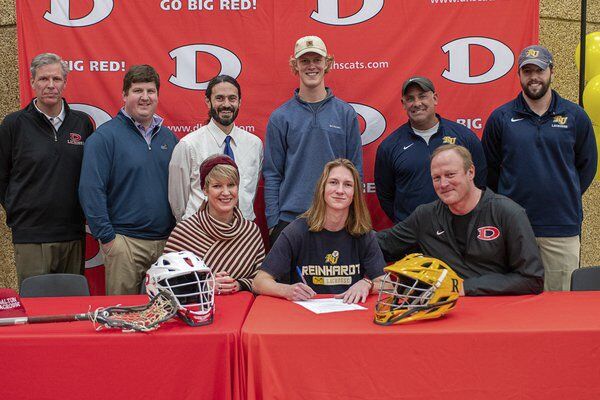 After a senior season that was cut to just six games due to the outbreak of the new coronavirus (COVID-19), Hutchinson has signed a scholarship to play at Reinhardt University in Waleska.

During his four years starting on the varsity squad for the Catamounts, Hutchinson set the all-time scoring and assist marks for the program. Through the six-game truncated season in 2020, Hutchinson already had tallied 22 goals and 11 assists. Hutchinson’s high for a season was the 45 goals he scored in his junior season. This was the Dalton High lacrosse program's fifth season.

“I’ve always tried to be the best player I could be, and there were struggles at Dalton with new kids and a new program,” Hutchinson said. “I tried to get myself better to better not only myself but the team. I see myself as kind of a leader, and I tried to grow everyone as well.”

Dalton High boys lacrosse head coach Brian Maskarinec, the coach through the building process for the Dalton lacrosse program, said Hutchinson has been a vital part of the program and has been "a key player in every facet."

"He was there leading so many of our younger players by example," Maskarinec said. "He's like another coach out there, he's just allowed to shoot and score."

Hutchinson will transition from a program on the rise to a well-established one. Reinhardt won three-straight NAIA national championships from 2017-2019, and a chance for a fourth was taken away by the COVID-19 outbreak as the lacrosse season was cut short.

“I’ll be able to compete at a really high level and win games and hopefully championships,” Hutchinson said.

Hutchinson said he had spoken to a few other college coaches, but knew Reinhardt was the right fit for him with its small-school vibe and big-time program.

“I’ve always kind of known that I want to go to a smaller college but play at a good, competitive school,” Hutchinson said. “Reinhardt has both of those. I knew that if (head coach John) Snow were to offer me, that would be where I would go.”

Reinhardt is about an hour drive from Dalton, keeping Hutchinson close to home.

Hutchinson follows in the footsteps of former Dalton teammate Logan Cole, who became the first college signee in program history when he signed with Reinhardt after his 2019 graduation, though Cole has since left the school.