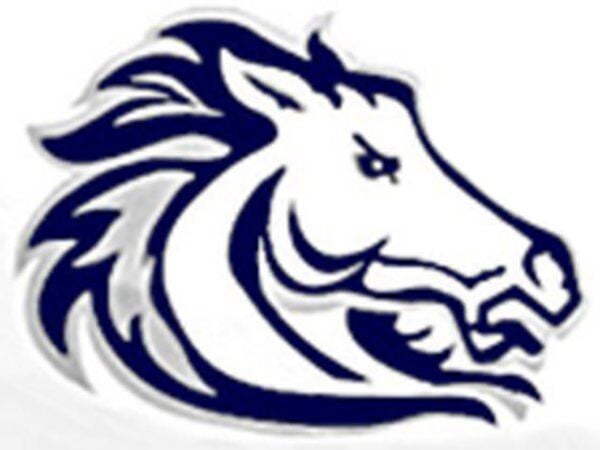 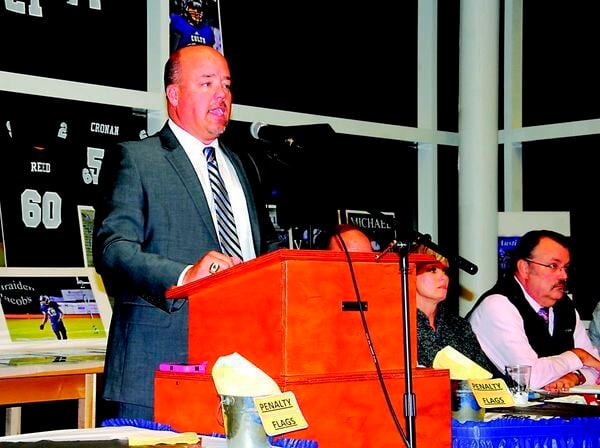 Vic Grider, seen here at a Coahulla Creek High School end-of-season football banquet in December 2013, has been hired as an assistant football coach at the school. Grider had originally been named head coach at the school in 2013, but reversed course a week later.

Vic Grider, seen here at a Coahulla Creek High School end-of-season football banquet in December 2013, has been hired as an assistant football coach at the school. Grider had originally been named head coach at the school in 2013, but reversed course a week later.

Grider, who retired from his previous position as head coach at Tennessee's South Pittsburg last month, had been named the head coach for the Colts in December 2013 before reversing course a week later when a $15,000 incentive package he was offered was determined to be against Whitfield County Schools policy.

Now, he'll join the Coahulla Creek staff as an assistant head coach and reunite with Colts head coach Danny Wilson, the school announced Wednesday after the Whitfield County Board of Education approved the hire that morning. The two have coached on the same staff for 18 seasons during Wilson's time at South Pittsburg. They'll make it 19 seasons in the fall.

"I knew he was looking for a place to step back from the responsibilities of being a head coach, and be able to just coach football. His experience and success speak for themselves," Wilson said in a press release announcing the hire. "We feel very fortunate and excited for him to be joining the Creek family.”

Grider was the defensive coordinator at South Pittsburg while Wilson was head coach in the early 1990s. Grider took over as head coach when Wilson left in 1997, leading the program from then until 2012 and again from 2015 to 2020.

Grider's teams won three Class A state titles in Tennessee, most recently in 2010, and finished as runner-up three times. Grider retired after the most recent runner-up run in 2020.

"We now have five coaches on staff with previous head coach experience and guys that have won championships as coaches and players at the collegiate and high school level,” Wilson said.

“We are very excited and blessed to be adding Coach Grider to the Coahulla Creek staff," Coahulla Creek athletics director Chris Woods said. "It is not every day that you can bring in a coach of his caliber, and we are looking forward to the impact that his experiences and expertise will bring to our football program.”