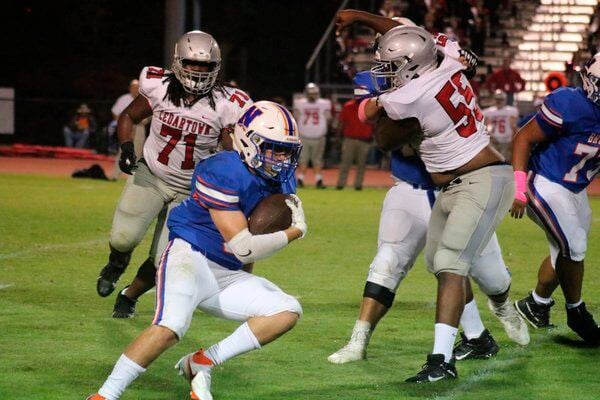 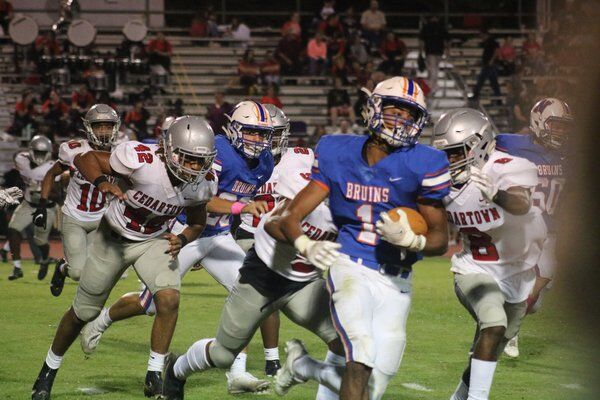 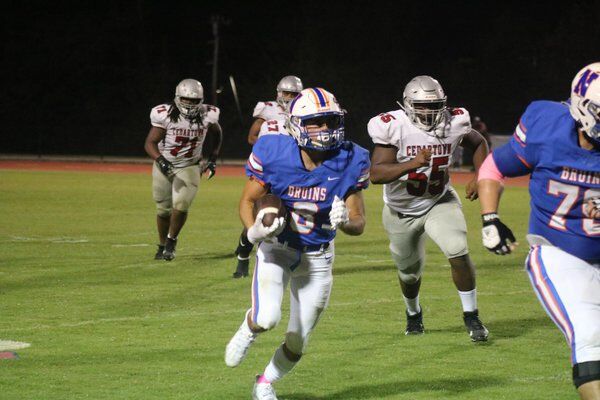 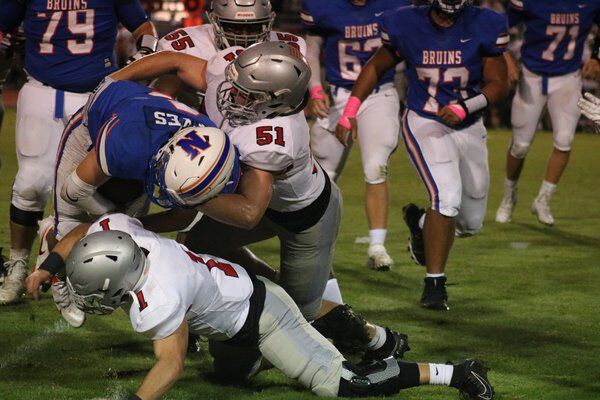 Cedartown used a powerful run game against a hobbled Northwest defense to blitz past the Bruins, and two blocked punts helped set Cedartown up with short fields to score on.

“We didn’t play well, and they’re just really, really talented,” Northwest Whitfield head coach Josh Robinson said after the game. “We made some mistakes too to make it easier.”

Cedartown’s CJ Washington bowled over a Northwest defender and rumbled 21 yards on the first play from scrimmage, then ran it in the end zone from one yard to finish the drive with a touchdown. It was a sign of things to come from the Cedartown offense.

Washington, a junior who has verbally committed to the University of Georgia where he's expected to play linebacker, picked up 160 yards and four touchdowns on 12 carries for Cedartown.

Harlem Diamond added 99 yards and a touchdown on the ground and Jaylon Johnson had a score. The two blocked punts set up Cedartown at the Northwest 16 and 41 on scoring drives, and a Donald Knight interception set up another short field.

Cedartown led 15-0 after the first quarter and 37-0 at halftime.

Of course, it didn’t help that the Bruins were missing their best defender in linebacker Jordan McCamish, who injured his leg last week. Two more starters on defense, Keaton McQuaig and Damien Seritt, went out in the first half Friday with injuries.

“It’s next man up,” Robinson said. “We’ve got to get those kids in there and get them experience in practice and in the games.”

Northwest Whitfield quarterback Owen Brooker began to move the Bruin offense late in the first half and early second, but couldn’t get the Bruins on the board. Brooker finished 15-for-30 through the air with 93 yards and the interception.

Brayden Morrison, who entered at quarterback after both teams inserted their backups in the fourth, got into the end zone for a 15-yard run to avoid the shutout.

The loss is the second straight for Northwest after four wins to start the season. Robinson said the Bruins need to return to their early-season form to bounce back in region play.

“We’ve got to get back to what made us successful before,” Robinson said. “We got to play a lot better to win the rest of our games, but if we don’t play better, it won’t happen.”

Northwest travels to Ringgold to play Heritage Friday at 7:30 p.m.