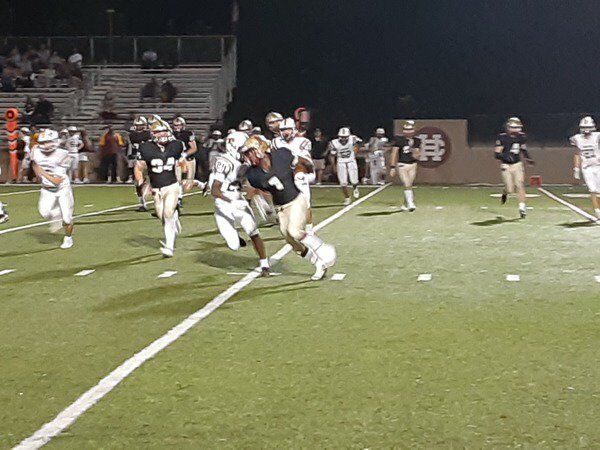 Christian Heritage School senior running back Solomon Locke breaks outside during the second half of his team's 38-0 Homecoming victory over Walker High School Friday. 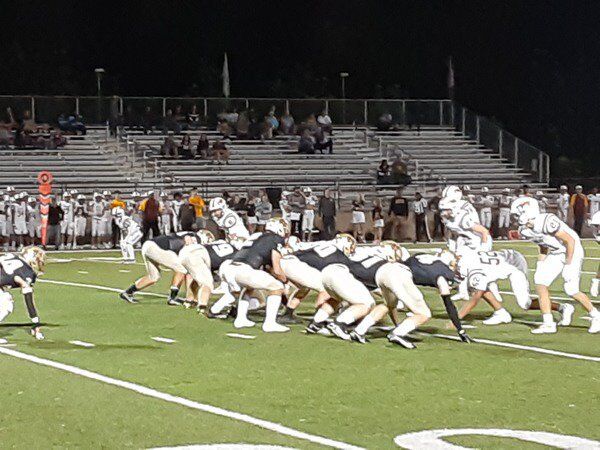 Christian Heritage School senior running back Solomon Locke breaks outside during the second half of his team's 38-0 Homecoming victory over Walker High School Friday.

In the region opener for the Region 7-A Private defending champions Friday, Christian Heritage School showed they have no intention of relinquishing their crown easily, as they blasted Walker High School, 38-0, on the Lions' Homecoming.

"We've lost four games, but we've led in the fourth quarter of every game, and I love that character-building, because these next three games are all going to come down to the fourth quarter," said Jay Poag, head coach of the Lions (3-4, 1-0 in Region 7-A Private). "We have 18 new starters this season, our motto is 'new team, same dream,' and I hope those experiences will make the difference for us in the second half of our games the rest of this year."

The "first part of the season is all about getting ready for region play," seconded junior defensive end Daniel Geil. "We want another region championship, make the playoffs and play for a state" title.

Christian Heritage blocked a Walker (1-6, 0-1 in Region 7-A Private) punt attempt, and Jeffson Locke's touchdown return put them on the board with 5:42 left in the first quarter.

"Those points got us rolling" at a time when "we needed something good to happen to us," said Poag, who celebrated his birthday with Friday's victory. "We felt we could block several punts — they're sort of unconventional on their punt formation — we'd have been disappointed if we didn't block at least one."

Eli Thomason's 29-yard touchdown run on the first play of the second quarter doubled the Lions lead, and a second blocked punt — this one by Solomon Locke — set the home team up on the Wolverines 45 with 6:50 remaining in the half. Christian Heritage settled for a 34-yard field goal by Carson Russell to extend the margin to 17, and they took a 24-0 lead into halftime on a 67-yard screen pass touchdown from Christian Thomas to Locke.

The Wolverines didn't record their initial first down until there was less than a minute remaining in the opening half, and Thomas picked Walker quarterback Harrison McClure on the half's final play.

"Our goal was a shutout, and we were very physical tonight," Poag said. "We put our best 11 on defense, because that's how you win championships."

A "shutout is the goal every week, (and) we never want to be on kickoff return," Geil said. On Friday, the defensive unit played with "unity, working together and building off of each other."

"We've been getting better at working together, every individual doing his job," Geil added. "We're becoming more of a machine — like clockwork."

Solomon Locke's 45-yard touchdown run on the Lions first possession of the second half extended the margin to 31, and his 65-yard score with 4:42 remaining in the third quarter provided the final score, as both teams soon pulled starters in favor of second-team players with the outcome not in doubt.

The Lions travel to Rome Friday to face Darlington, a squad they beat for the first time last season, while Walker hosts North Cobb Christian.