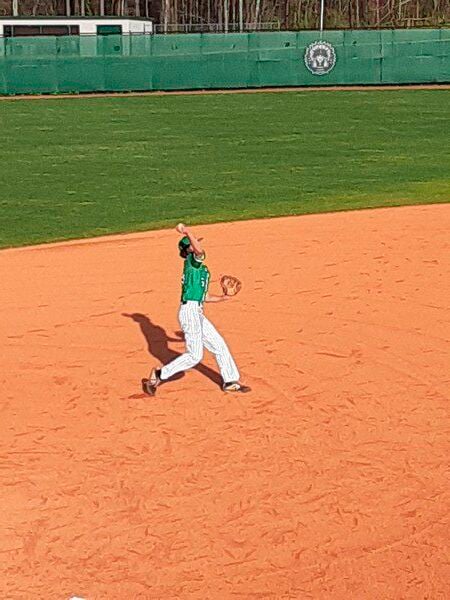 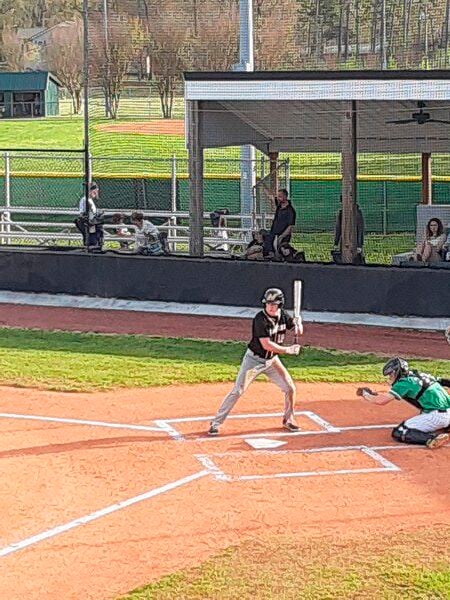 "It's a rivalry game, so you know it's going to be tight, but Jordan threw a heckuva game, and when I (came out to the mound to talk to him in the final inning), he told me he wanted to finish it," said Matt Harris, Murray County's head coach. "He's one of our best pitchers — he always pitches well — and he has a pretty decent fastball, but he really gets people with his off-speed stuff."

In his last outing, against Adairsville, Harrison was knocked around for nine hits because "my curveball wasn't working," but that pitch was breaking sharply Tuesday, which allowed him to keep the Mountaineers from feasting on only his fastball, a pitch that also "felt really good tonight." Harrison scattered five hits in the game, walked five and struck out four while pitching all seven innings. Though completing games is a new skill for Harrison, he's done it multiple times during his senior campaign, and "I'm not getting as tired."

North Murray's only run was scored in the top of the fifth, when Ashton Farris walked to lead off the frame, then took second on a wild pitch and moved to third on a sacrifice by Sebastian Villarreal. Cade Petty's infield single plated Farris, but Harrison escaped the inning with no further damage.

Murray County (5-9) struck first, in the bottom of the first stanza, as Spencer Chasteen hit Kaleb Jones, and Jones eventually scored when catcher Grayson Bartley threw high on a toss to first — an attempt to retire Brock Dunn by completing a potential double play — and the ball rolled into the outfield. Chasteen — who took the loss — then induced a flyout to center field by Hunter Hobbs to end the inning.

In the third, Villarreal led off with a bunt single, but first baseman Brannon Nuckolls adroitly snared a line drive by Petty for a double play that snuffed out any burgeoning threat. Later in the game, Nuckolls also made a leaping grab to complete a double play and again assist his pitcher.

"It's a lot better with that defense behind me, because I can pitch to contact more," Harrison said. "I don't feel like I have to strike everybody out."

Carson Voiles walked to lead off the fifth, and Jones doubled before Landon Bennett coaxed one of his three free passes to load the bases. Dunn found the gap between third base and shortstop to plate a pair with his double, which turned out to be the game-winning hit.

"We had runners on base (several) times and couldn't capitalize, but we got a couple big hits," including Dunn's, Harris said. "We need to capitalize when we have runners in scoring position."

Chasteen pitched five innings, striking out three, but he walked six and surrendered four hits, before giving way to Petty, who pitched the sixth. The lefty was greeted rudely by Taylor Carrell, who led off the inning with a base hit, then stole second base and scored while stealing third, as Bartley's throw to third sailed into left field.

"We attacked the new pitcher and added on" a run, Harris said. "We did what we're supposed to do."

After easily retiring Ken Mascia and Farris, who struck out and flied to center field, respectively, Harrison needed only one more out for the victory, but Villarreal reached on Braxton Vineyard's error, and Petty walked to reach base for a third time in the contest. Harrison, however, induced a fly ball from Chasteen to end the tilt.

The Indians and Mountaineers (5-12) meet again Thursday, this time at North Murray at 5:55 p.m.