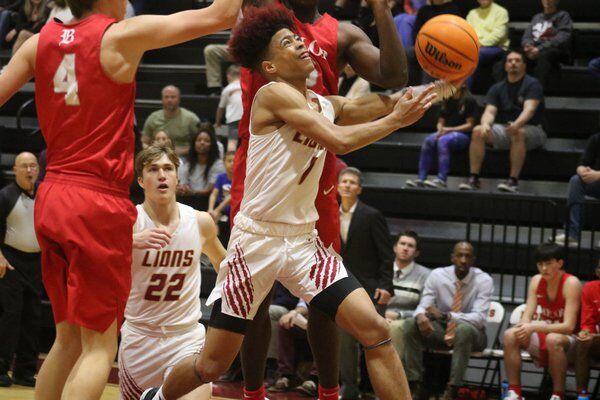 Christian Heritage School's Zundra Jackson tries to put up a layup in Thursday's game with Baylor. 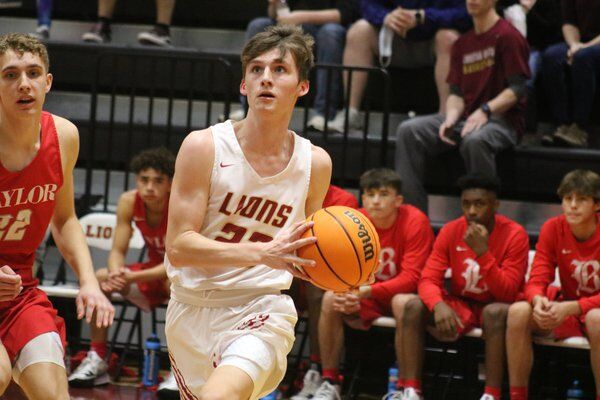 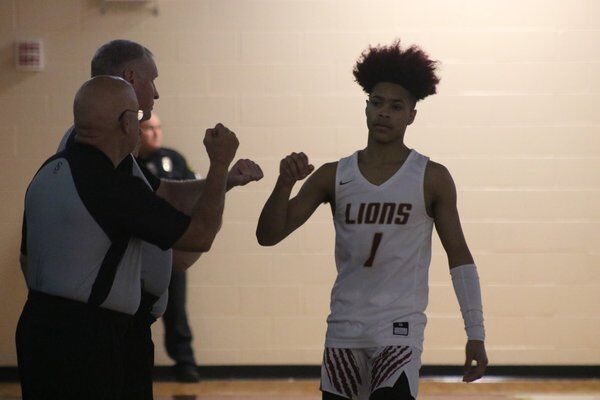 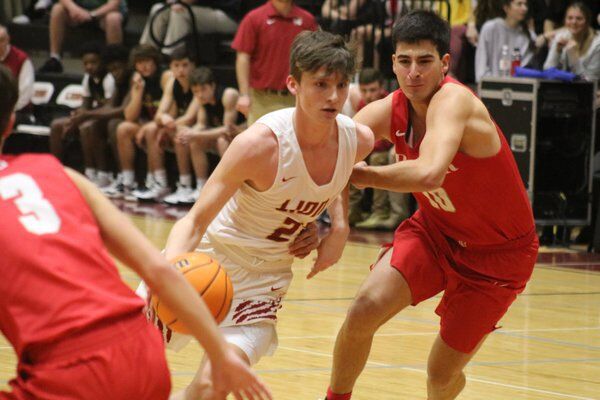 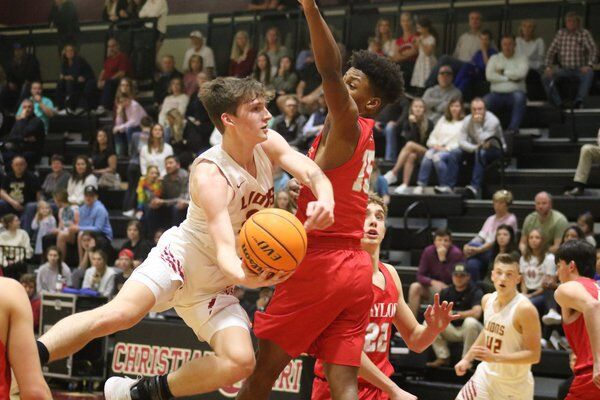 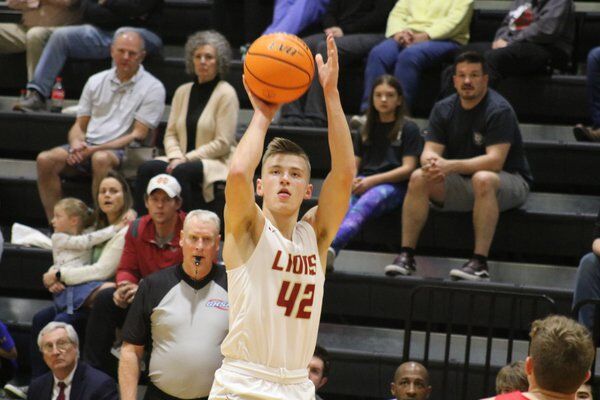 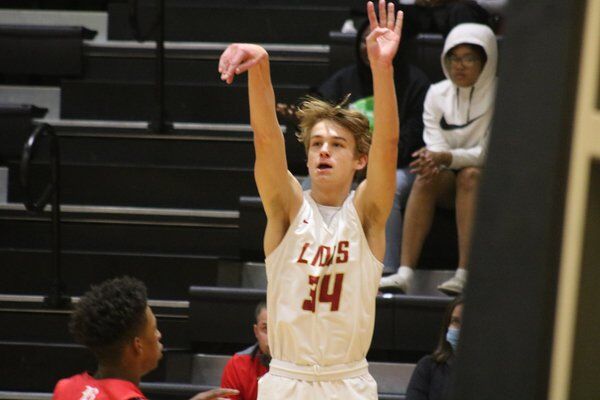 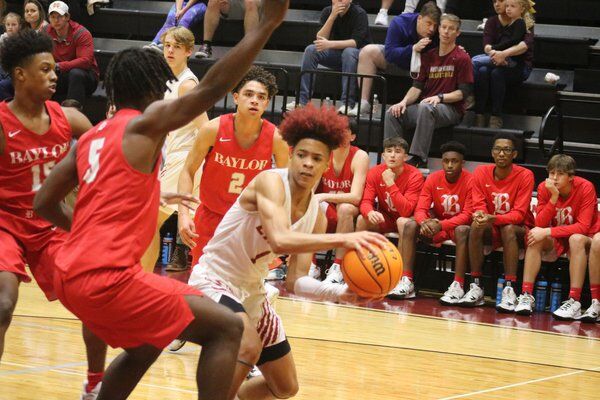 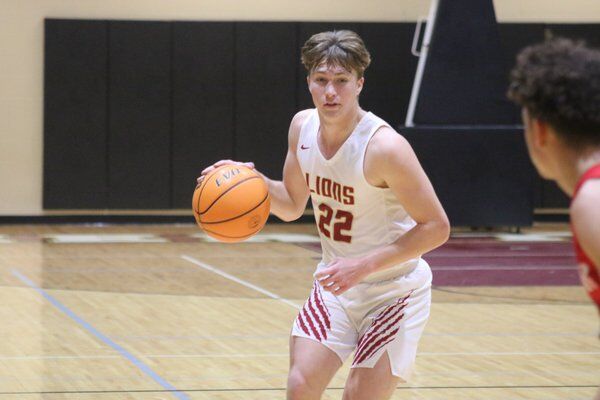 Christian Heritage School's Zundra Jackson tries to put up a layup in Thursday's game with Baylor.

Chattanooga's Baylor School took an early advantage over Christian Heritage in the finals of the Lions' Carpet Capital Christmas Classic Thursday and just wouldn't give it up.

The Lions cut the score to as little as four with 30 seconds left in the game, but that would be the closest Christian Heritage would come after falling into an early hole.

Baylor seized an early lead with an 11-2 spurt to start the game, then scored the first 10 points of the second quarter to take a 25-7 advantage over Christian Heritage.

From that point, the game became an uphill battle for the scrappy Lions, who trimmed the deficit smaller but never tied Baylor or took the lead.

The comeback started with four second-quarter 3-pointers. Zundra Jackson hit two and Jax Abernathy and Cash Hare rattled in one each to finally get the Lion offense going.

The perimeter size and athleticism of the Baylor defenders made life tough on the Lions, which normally thrive on an attacking, driving offense. Lanes were clogged for Abernathy and Jackson, who turned toward to their outside game to help the Lions close the gap.

That second quarter stretch ended with Christian Heritage trailing 35-22 at half as Baylor banked in a 3-pointer as time expired on the half.

The Lions ramped up their defensive pressure after halftime, managing to hold Baylor to five points in the third quarter while cutting the deficit back to single digits.

Braden Koneman keyed one crucial stretch, nailing a 3-pointer and knocking in two free throws, scoring all five of his points on the night consecutively.

Hare and Abernathy helped Christian Heritage battle closer in the fourth. An Abernathy 3-pointer cut the score to 51-47 with 28.1 to go, but an Abernathy shot on the next possession was off, and Baylor made enough free throws to hold off the Lions after they were forced to foul.

Abernathy led Christian Heritage with 18, while Jackson scored 12. Hare tallied nine, and Christian Thomas was the only other Lion to score, hitting a layup through a foul and nailing the ensuing free throw in a late fourth-quarter stretch.

Christian Heritage reached the finals of its annual Christmas tournament with wins over Woodland and White County. The Lions finish as runners-up in the seven-team tourney, while Baylor took the title with wins over North Cobb Christian and Rome.

Baylor's Nyziah Whaley was named tournament MVP after scoring 20 in the finals. Eli Sparkman scored 11 and Al Peciulis had 10 in Thursday's game.

The win was the seventh straight for Murray County after a 2-4 start to the year against tough competition. Two of Murray's losses came against undefeated Region 6-3A foes in LaFayette in Lakeview-Fort Oglethorpe.

It's the fourth straight loss for Southeast after the Raiders got to a 5-3 start.

Southeast looks to get back on track with a Tuesday home game against Central-Carrollton at 7:30 p.m., while Murray tries to keep the win streak going at Adairsville at the same time.

The Lady Indians grabbed a 25-8 lead after the first and didn't let up.

Murray plays at Adairsville at 6 p.m. Tuesday, while Southeast hosts Central-Carrollton at the same time.