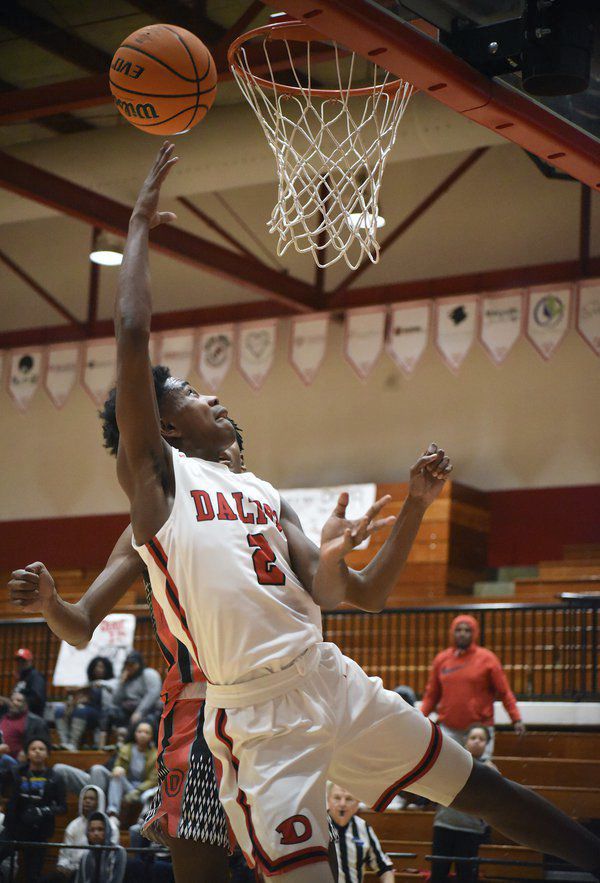 Dalton High School's Ashton Blackwell puts up a shot under the hoop on Friday night. 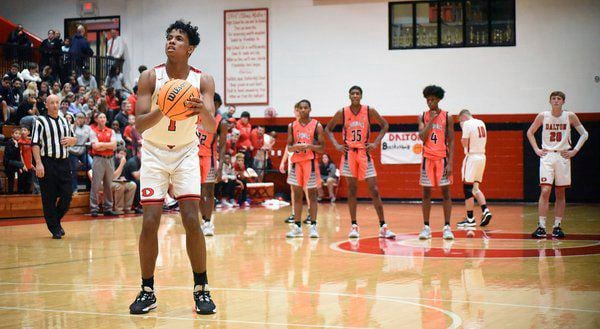 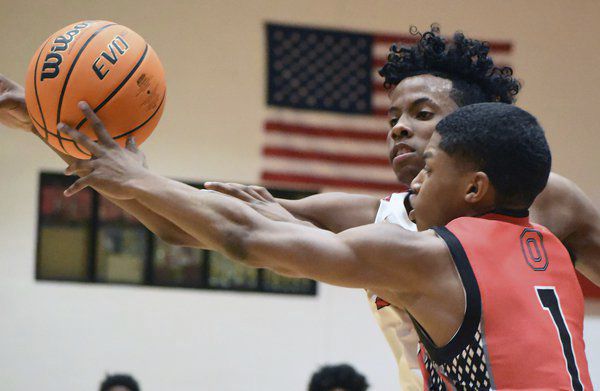 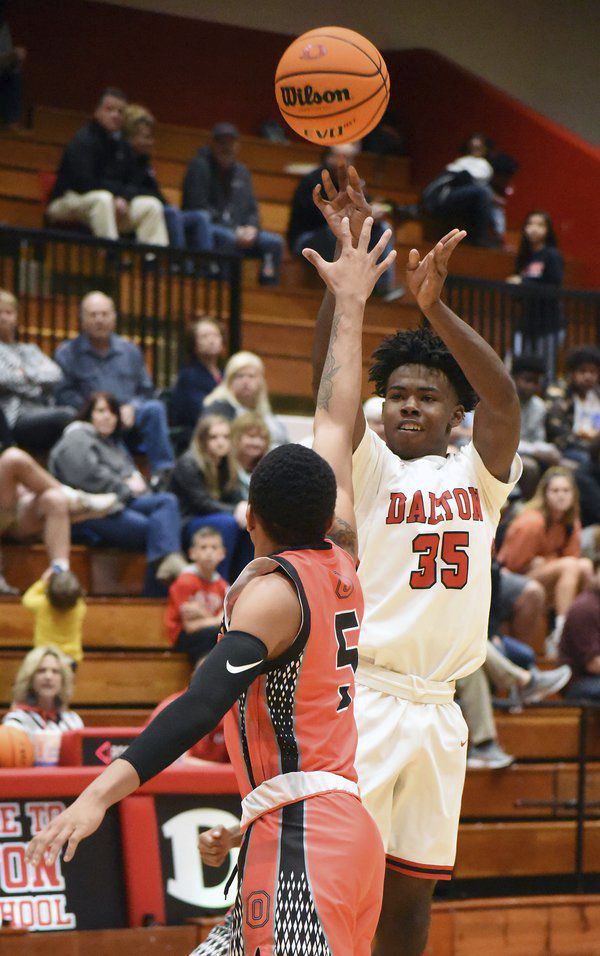 Dalton High School's Ashton Blackwell puts up a shot under the hoop on Friday night.

Dalton picked up another region win at home on Friday night over Osborne, 70-59.

Dalton travels to Sprayberry for a game at 7:30 p.m. on Tuesday.

Dalton fell to Osborne at home on Friday night, 48-28.

Jaycee Hill had eight points for the Lady Catamounts (2-4, 1-4 in Region 6-6A) while Janayah Christopher added six points.

Dalton travels to Sprayberry for a game at 6 p.m. on Tuesday.

Three players finished with double figures as Christian Heritage defeated Trion for a win in its first region game of the season at home on Friday night, 65-36.

Evan Lester led the Lions (3-0, 1-0 in Region 6-A) with 17 points and six rebounds, while William Green had 15 points and Drew Clements had 13 points and seven rebounds. Nash Bingham chipped in with eight points and Bryce Farmer had five points, eight rebounds and nine steals.

Christian Heritage travels to Landmark Christian for a game at 1:30 p.m. today.

Christian Heritage remains undefeated with a win in their first region game of the season at home over Trion Friday night, 57-37.

Faith Humphrey had 23 points and six assists to lead the Lady Lions (3-0, 1-0in Region 6-A), while Haddie Chambless had a double-double with 20 points, 10 rebounds and five steals. Madison Brown added four points and six rebounds.

Christian Heritage travels to Landmark Christian for a game at noon today.

Murray County travels to Lakeview-Fort Oglethorpe for a game at 4:30 p.m. today.

Murray County fell on the road to Calhoun on Friday night, 61-50.

Mattie Nuckolls had 13 points to lead the Lady Indians (1-5, 0-2 in Region 6-3A), while Jordan Swanson had 11 points and Ella Dotson finished 10 points. Kerra Lowe chipped in with nine points.

Murray County travels to Lakeview-Fort Oglethorpe for a game at 3 p.m. today.

North Murray picked up a win in its first region game of the season over Adairsville at home on Friday night, 65-40.

Tenley Gladson finished with 22 points, Korbin Tipton had 19 points and Karen Sinaloa had 10 points for the Lady Mountaineers (2-4, 1-0 in Region 6-3A).

North Murray travels for a game at Haralson County at 3 p.m. today.

Blane Greene led the Bruins (3-3, 2-0 in Region 6-4A) with 18 points, while Will Buckner finished with 10 points. Preston Nealey had nine points, and nine other players scored for the Bruins.

Nancy Altamirano had seven points for the Lady Raiders (0-8, 0-2 in Region 6-4A) while Stephanie Sullivan had nine steals and Madison Powell finished with eight rebounds.

Coahulla Creek fell at home to LFO on Friday night, 42-28.

Gage Seibenhener was the leading scorer for the Colts (3-2, 0-2 in Region 6-3A) with eight points.

Coahulla Creek travels to Ringgold for a game at 8:30 p.m. today.

Coahulla Creek suffered its first loss of the season as it fell in a close game at home Friday night to LFO, 54-53.

Coahulla Creek travels to Ringgold for a game at 7 p.m. today.

The Lady Catamounts' leading scorer was Zoe Dales with 13. Natalie Mayo had 11, Gracie Shaw chipped in eight points while Jaycee Hill and Gracie Shaw each had five points.

For the Lady Raiders, Jurnee Harris had 12 points and four steals, Madison Powell had a double-double with 11 points and 12 rebounds, Lisette Gomez had nine points and six rebounds and Jenna Bennet had nine rebounds.

Sam White paced the Catamounts with 19 points as Dalton defeated Southeast at home, 74-50, on Thursday night.

For the Raiders, 11 players scored with Matthew Brock, Bryson Waters and C.J. Watkins each with seven points.