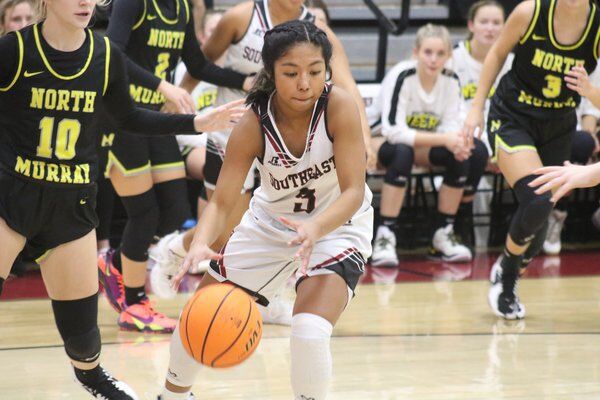 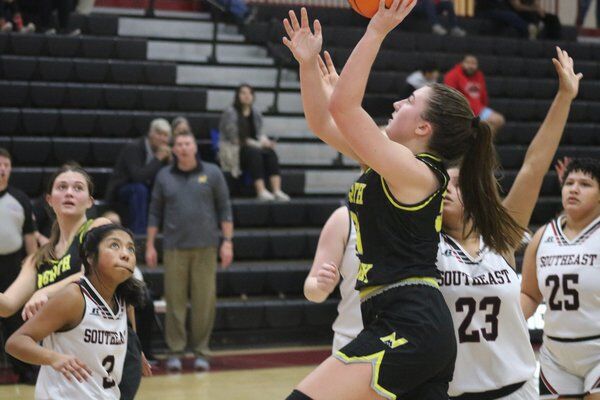 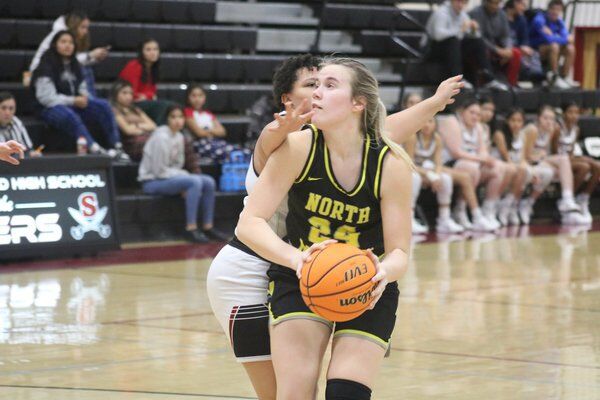 North Murray High School's Bayleigh Winkler looks for a shot through the defense of Southeast Whitfield's Lauren Taylor in a game Monday. 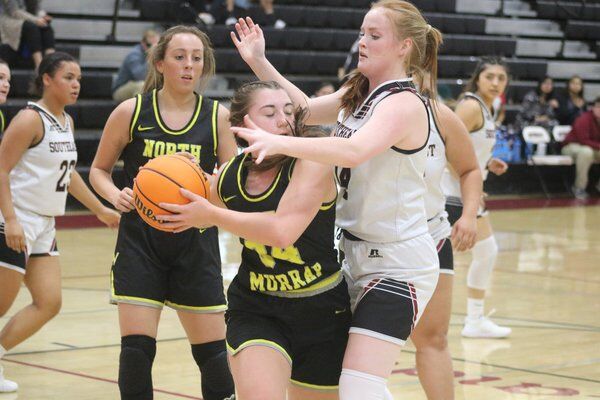 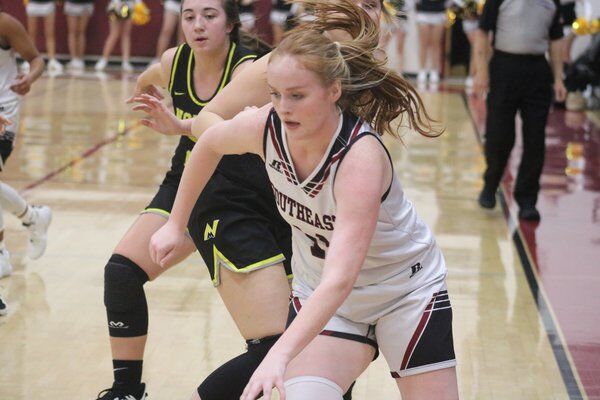 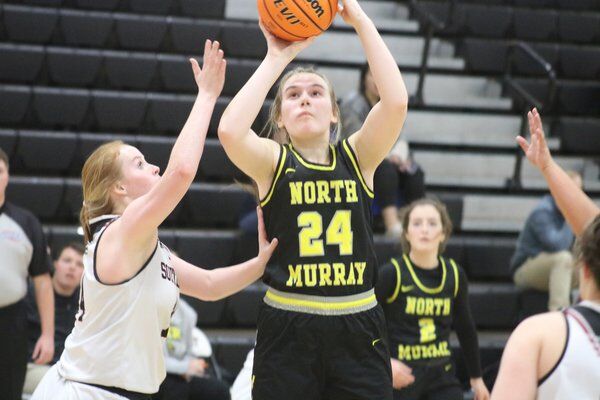 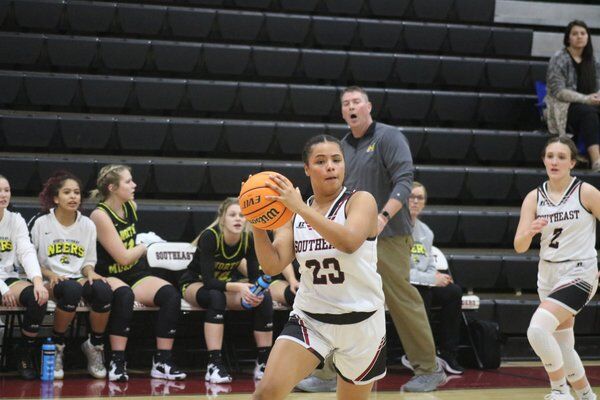 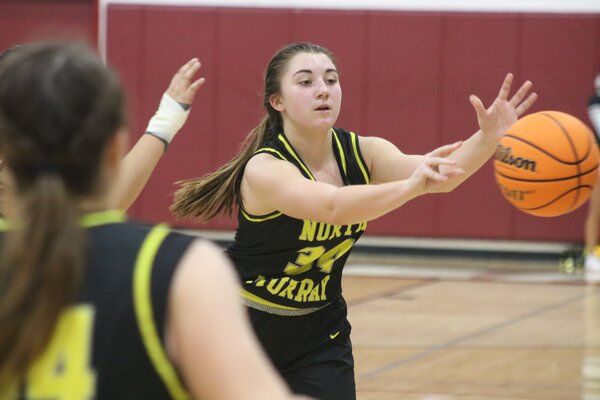 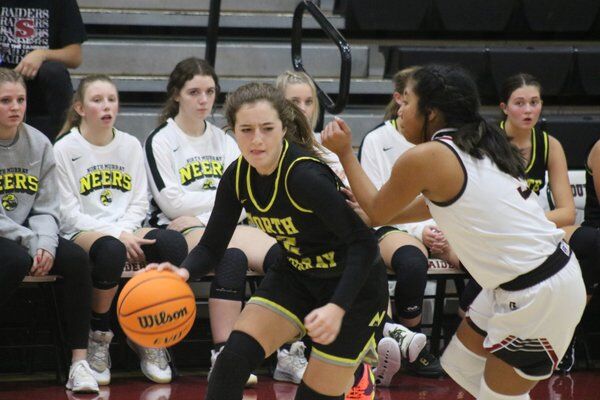 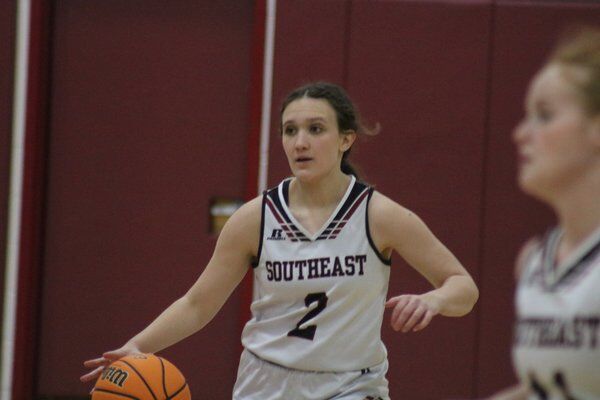 North Murray High School's Bayleigh Winkler looks for a shot through the defense of Southeast Whitfield's Lauren Taylor in a game Monday.

The Lady Mountaineers (2-6) led 8-6 at the end of the first quarter, then ballooned the lead to 29-10 at halftime with a 21-4 quarter. Hawking hands forced Southeast turnovers, and North Murray finished some easy looks without the Lady Raider defense set to help seize control of the game.

North Murray's Ava Robinette was the beneficiary of some of those easy baskets, scoring eight of her game-high 12 points in the second frame.

After Southeast had grabbed a 6-4 lead in the first quarter, North Murray scored 34 of the next 39 points. The Lady Mountaineers allowed just one point in the third and held a 38-11 lead at the end of it

Avery Woodson was the top Southeast scorer with nine points. Trinity Burse scored six, including four of the first six Lady Raider points that helped them grab the early advantage.

Southeast is back in action tonight, continuing to search for its first win in a 6 p.m. game at Cedartown.

In other local basketball action:

The game was tied at 19 near the end of the first half, but LFO managed to seize a 23-19 halftime advantage and never gave it up.

Jay Anderson, Will Haley and Chaz Ramsey each scored eight to share the Dalton lead in scoring.

The Catamounts resume the search for their first win tonight at 7:30 when they host South Paulding.

Dalton trailed 18-15 after the first quarter, but a 22-8 second quarter helped Rome begin to pull away.