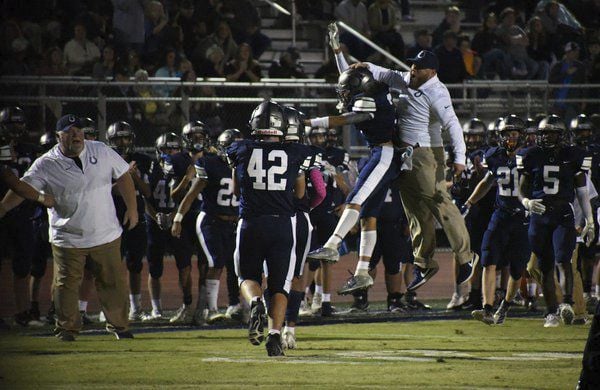 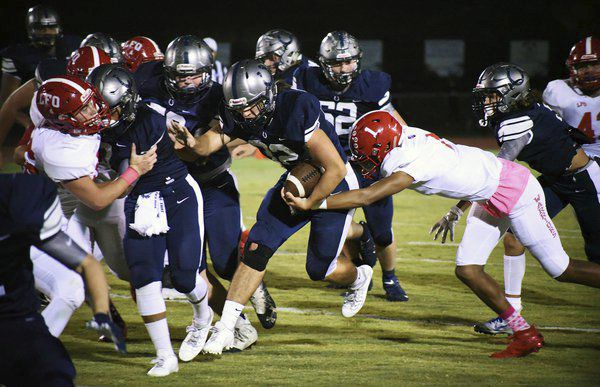 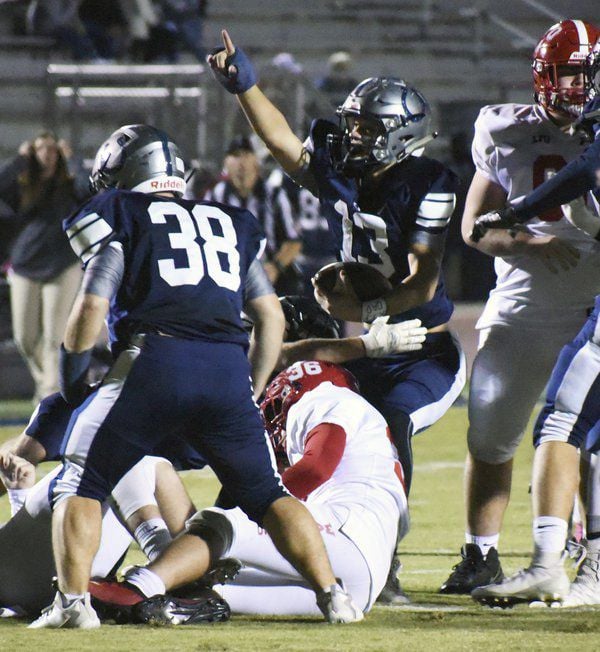 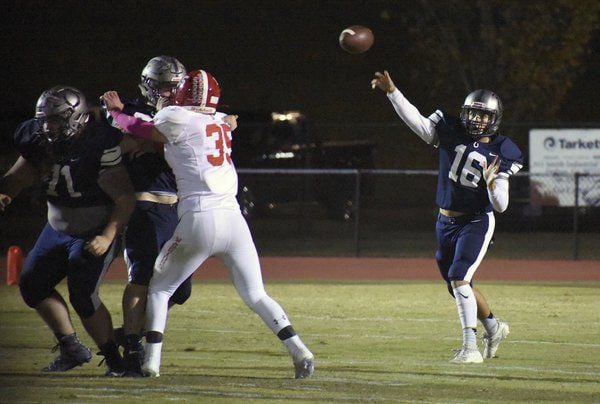 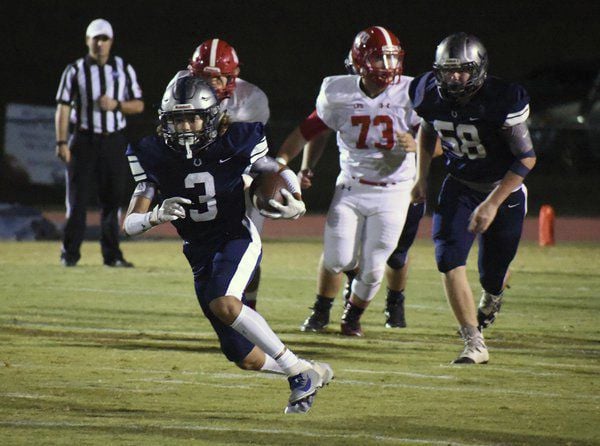 After an early back-and-forth affair, North Murray gained momentum after taking the lead in the third quarter on its way to a win over Haralson County on the road Friday night, 32-15.

The Mountaineers (7-1, 6-0 in Region 6-3A) were trailing, 15-14, when they finished a 60-yard drive with a 2-yard score on a keeper from quarterback Ladd McConkey. They then recovered the ensuing onside kick -- picked up by the kicker himself, Owen Hannah.

"We worked on that all week, and we executed it perfectly tonight," North Murray coach Preston Poag said. "It was a big play. They weren't expecting it, that's for sure, and it kept the momentum in our favor."

North Murray opened scoring on a touchdown run from Noah Lunsford, and scored next on a D'Ante Tidwell touchdown catch from McConkey.

The onside kick led to a 28-yard field goal from Hannah, and the Mountaineers took a 24-15 lead in the beginning of the fourth quarter. Their last score of the night was a 6-yard run from McConkey iced with a two-point conversion pass to Dylan Flood from McConkey.

"We just kept fighting," Poag said. "It didn't bother us that we were down, because we've been a second-half team all year. It was a good win"

North Murray has a bye next Friday before traveling to Lakeview-Fort Oglethorpe on Nov. 1. It is in the driver's seat to win its first region championship in school history.

"It's a good time to have an off week," Poag said. "We'll just keep working and get ready for the next one."

Northwest suffered its first region loss of the season on the road Friday night to Pickens, 35-10.

Despite a 10-7 lead at halftime, Coahulla Creek dropped its Homecoming game on Friday night to Lakeview-Fort Oglethorpe, 29-10.

"We've got to get better," Coahulla Creek coach Caleb Bagley said. "We will just keep fighting."

The defense also came up with two fumble recoveries and one interception in the first half.

"We kind of fell apart in the second half," Bagley said.

Murray County fell to Calhoun during its Homecoming game on Friday night, 35-0.

"We have to give a lot credit to Calhoun," Murray County coach Chad Brewer said. "We had a good game going on, but they've got a great football team."

Brewer said effort continues to be the least of his team's problems.

"I don't feel like any of our kids gave up at any point. Calhoun just out-played us on both sides of the ball," he said.

James Mooney Sr., age 85 of Chatsworth, passed away Wednesday, June 3, 2020, at his residence surrounded by his family. He was preceded in death by his parents, George and Sarah Mooney: all his siblings: stepson, Russell Brown. James is survived by his loving wife Inez Mooney: children and s…