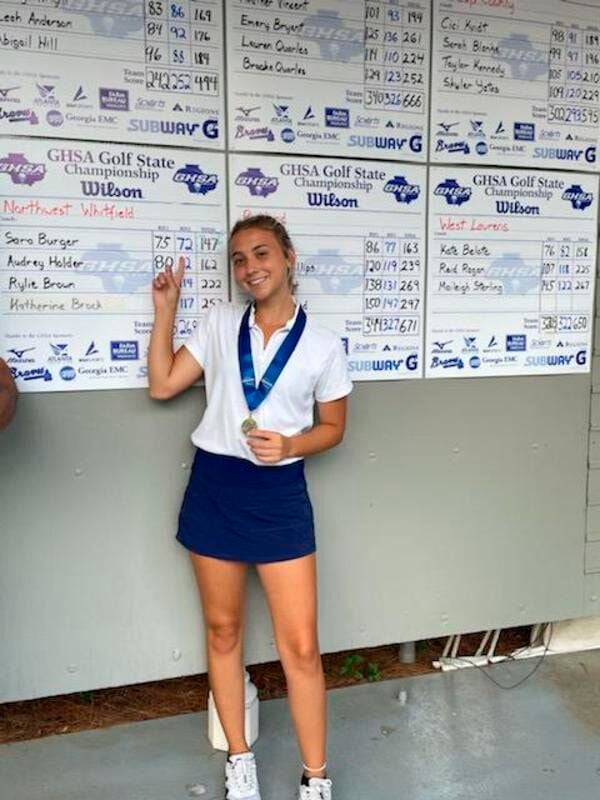 Northwest Whitfield High School's Sara Burger points to her score at the Class 4A state golf championships on Tuesday. Burger finished as the individual state champion. 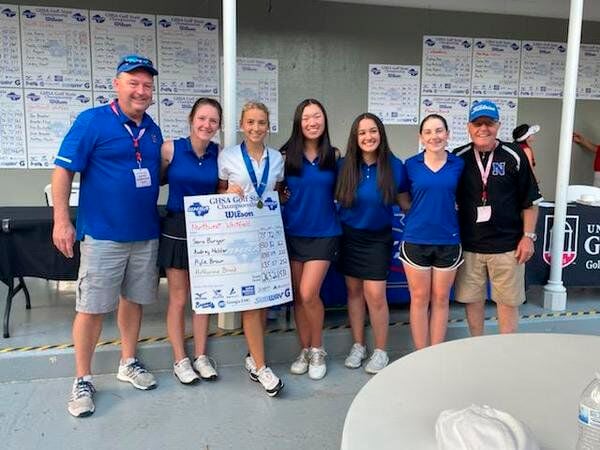 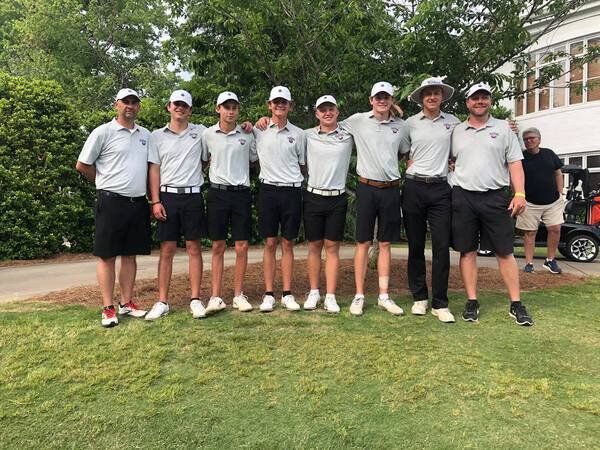 Northwest Whitfield High School's Sara Burger points to her score at the Class 4A state golf championships on Tuesday. Burger finished as the individual state champion.

Northwest Whitfield High School's Sara Burger is the 2021 Class 4A girls golf individual state champion, after leading the Lady Bruins to a third-place team finish at the state tournament Tuesday at the University of Georgia's golf course in Athens.

Burger exited Monday's first round tied for the low-medalist lead, then pulled away with a round-two 72 to finish with a two-day score of 147 to win by six strokes over North Oconee's Madi Chappell.

"Sara played really strong," Northwest Whitfield head coach Jeff Storey said. "She was tied at the end of the first day, then brought it home. To win a state championship as a junior, that's really strong."

Burger is the first Northwest Whitfield golfer to win a state championship on the boys or girls side in Storey's 25 years as coach, he said.

Burger's low-medalist performance couldn't get the Lady Bruins past North Oconee's overall dominance. North Oconee finished first by a wide margin at 494, with Marist following at 526 and Northwest at 531 in the team championship.

Northwest's Audrey Holder finished sixth in the individual standings with a two-round 162, and Rylie Brown was the Bruins' next best at 222.

Northwest Whitfield's boys team was the tenth place finisher at the Class 4A boys championship. The Bruins finished with a total of 681, while champion North Oconee had a two-round total of 585. Alex Buckalew was Northwest's low scorer with 166 in two rounds, while Braxton Floyd shot 169 and Owen and Jax Brooker both shot 173.

"Our golf program on both sides is really playing where we want right now," Storey said.

Meanwhile on Tuesday, Dalton High's boys team finished third at the Class 6A championships, which were in Carrollton. The Catamounts finished at 603 in two rounds, while host Carrollton came in second at 590. Johns Creek won the championship with a 573. Wyatt Brackett was the low-scorer for the Catamounts with a 147, which tied him for tenth in the individual standings. Clay Walker was right behind at 150. Camden Campbell shot 153, while both Ethan Day and Landon Painter finished at 155. Samuel Boyett finished at 177.

At the Class 3A state tournament in Hartwell, Coahulla Creek's boys team finished fourth. The Colts finished with a two-day score of 680, trailing state champion Westminster, which shot 598. Kipp Coker was the low-scorer for the Colts at 156, finishing in a tie for tenth in the individual standings. Skyler Winningham shot 161, Wright Nelson a 170 and John Hammontree 193.