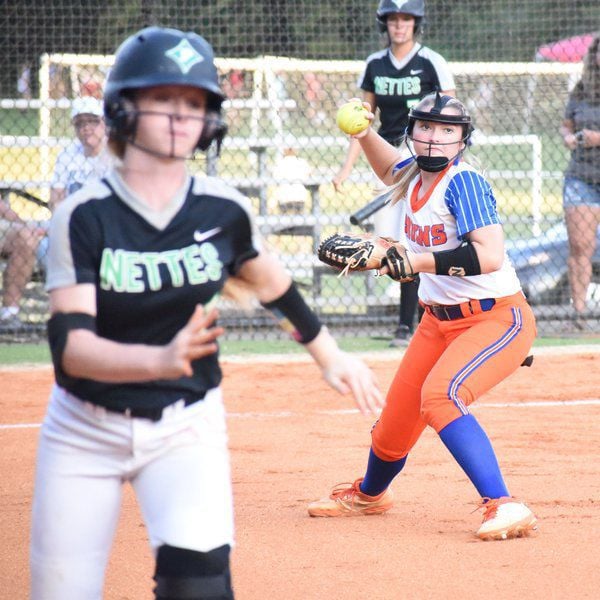 Northwest Whitfield High School's Shaylen Sutton looks to make a throw to first base for an out on Thursday in Tunnel Hill. 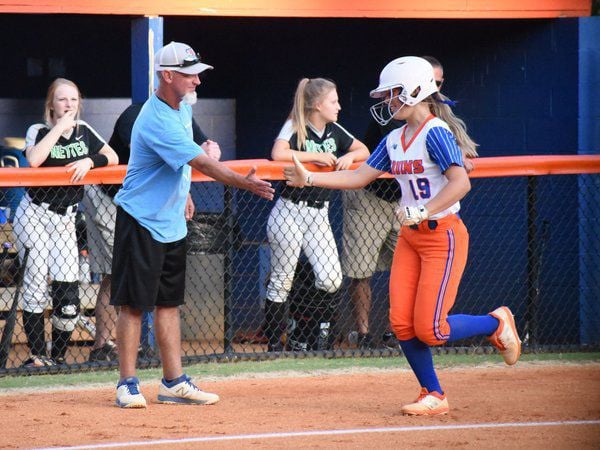 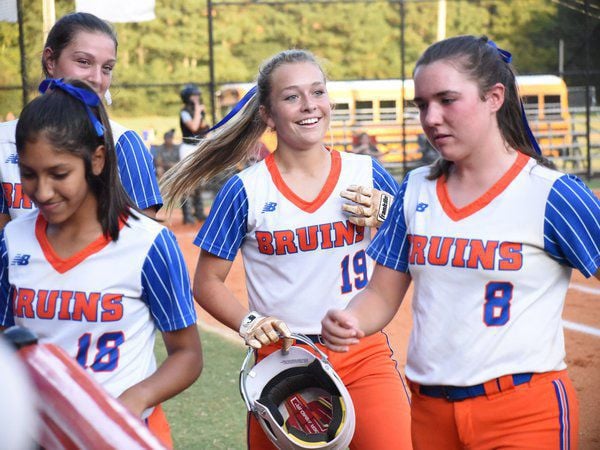 Northwest Whitfield High School's Torrey Cummings, center, smiles as she walks off the field after hitting a two-run home run on Thursday in Tunnel Hill. 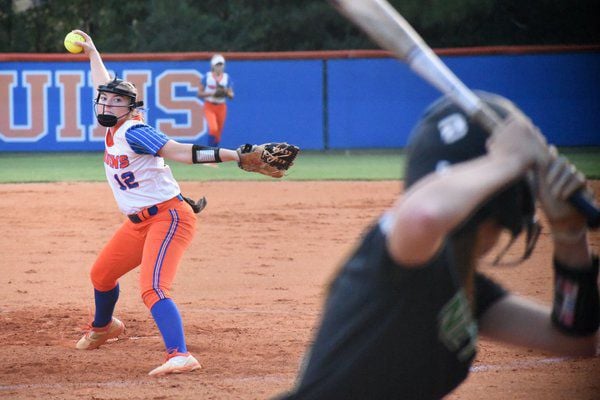 Northwest Whitfield High School's Shaylen Sutton looks to make a throw to first base for an out on Thursday in Tunnel Hill.

Northwest Whitfield High School's Torrey Cummings, center, smiles as she walks off the field after hitting a two-run home run on Thursday in Tunnel Hill.

Northwest finished its regular-season schedule with a win over Pickens at home Thursday night, 4-0.

Torrey Cummings hit a two-run home run in the bottom of the third inning, and Kate Hannah finished a perfect 3-for-3 with one RBI to lead the Lady Bruins (20-6, 8-4 in Region 6-4A).

Northwest hosts the winner of Southeast Whitfield-Ridgeland in a best two-out-of-three series with the first game beginning at 5:30 p.m. on Monday. The second game will immediately follow in the first-round region tournament series, with a deciding game to be played at 5:30 p.m. on Tuesday if necessary.

Natalie O'Neal pitched the first four innings for the Lady Indians, while Kacie Ausmus came in to finish the last two.

North Murray advances to the first round of the region tournament and will play Lakeview-Fort Oglethorpe at 11 a.m. on Saturday at the Calhoun Recreational Center.

Christian Heritage edged out a win on the road at Bowdon on Thursday night, 1-0.

Tatiana Chiesa pitched all seven innings with six strikeouts and no walks to lead the Lady Lions (10-8, 5-5 in Region 6-A). The team's only score came on a run from Tessa Hawkins after she hit a single in the top of the fourth inning and then stole second base. Ansley Akins batted her in on a fence-hitting double.

Dalton ended its season Thursday night after falling in extra innings to Sprayberry in a first-round region tournament game at River Ridge, 10-8.

Aliza Martinez was 2-for-5 with two doubles and two RBIs to lead Dalton, while Keen Johnson finished 3-for-6 with one RBI, a double and two runs scored. Emily Brunson pitched 9 2/3 innings and also finished 2-for-5 with one RBI. Natalie Moya had an RBI double.

The Lady Catamounts will lose three seniors to graduation in Johnson, Zoe Dales and Abby Stout.