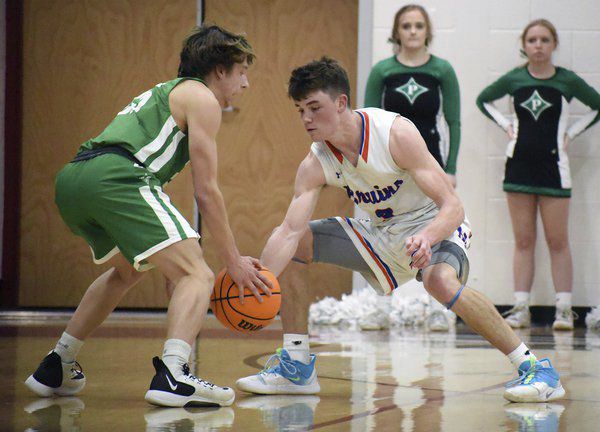 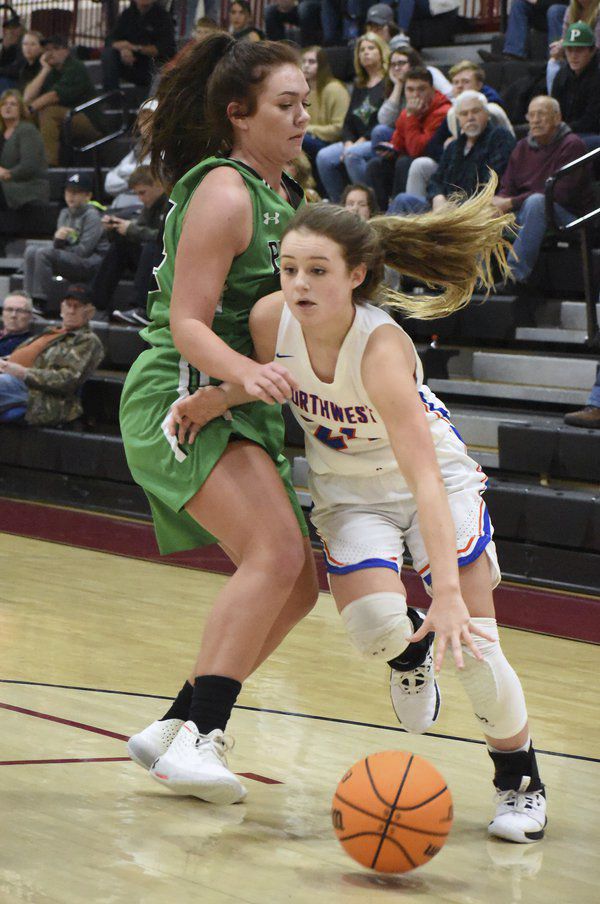 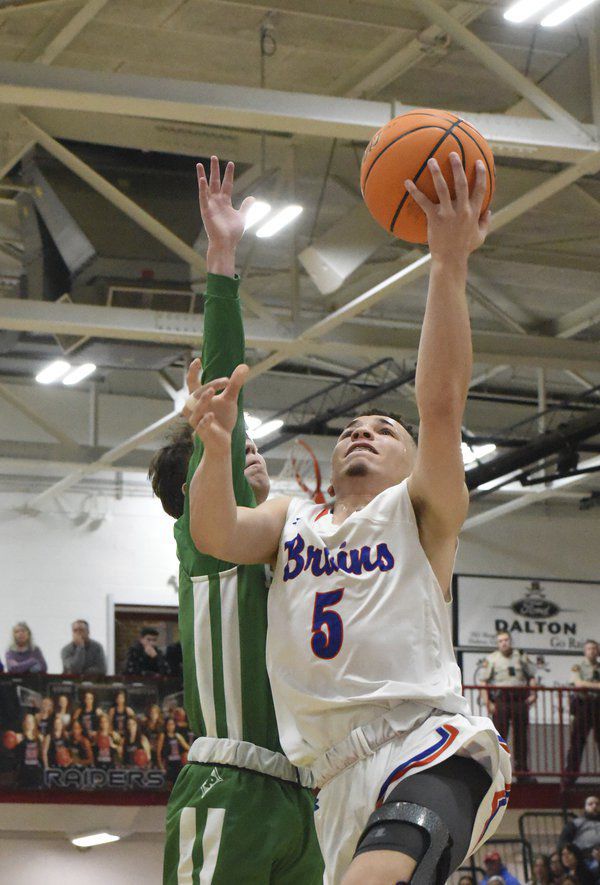 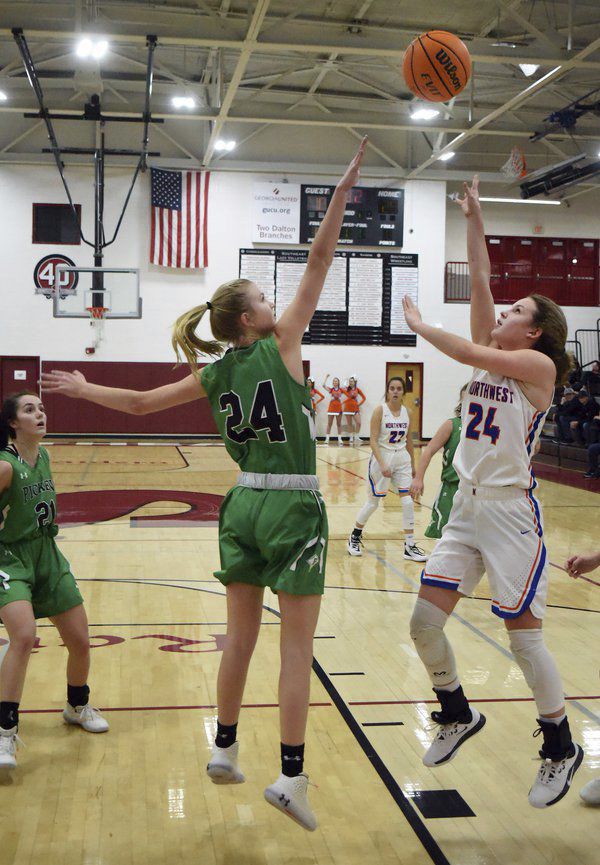 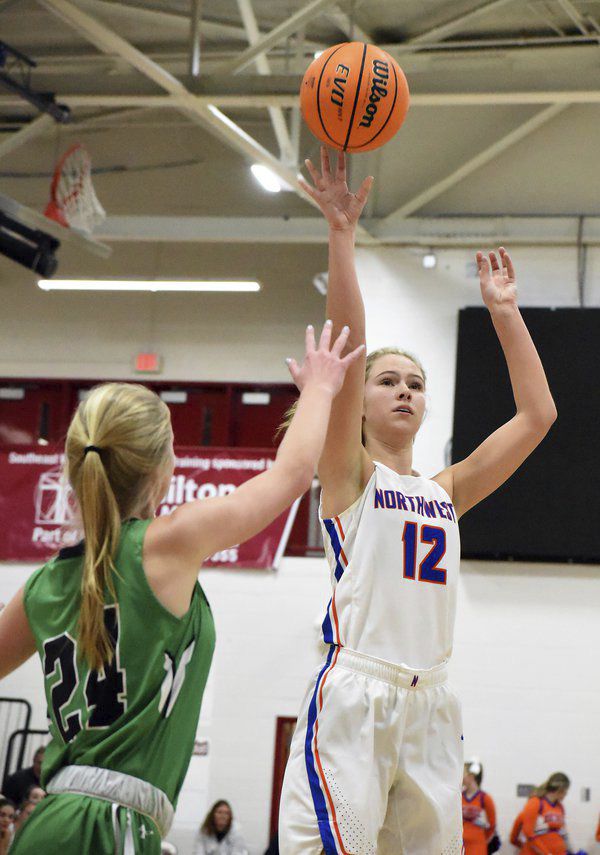 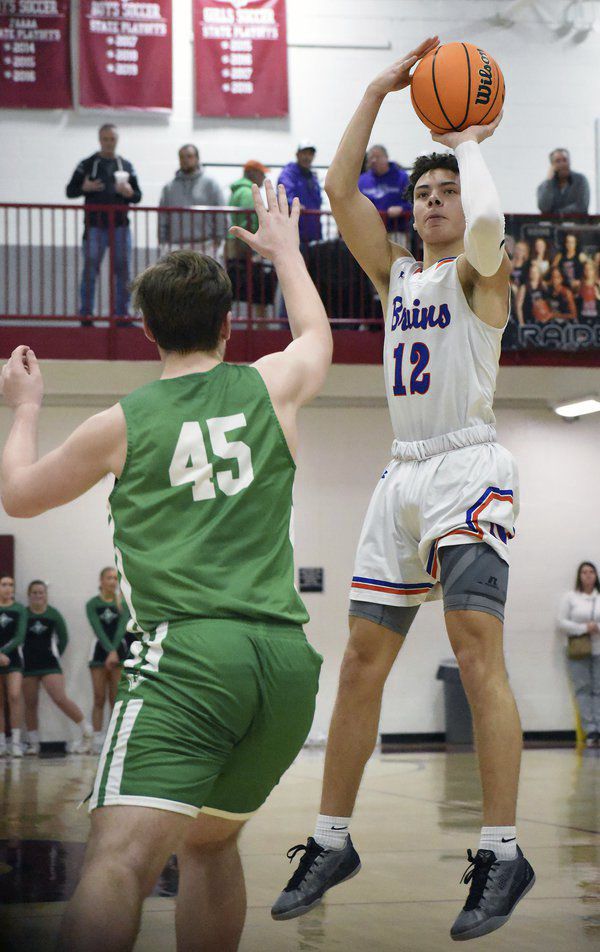 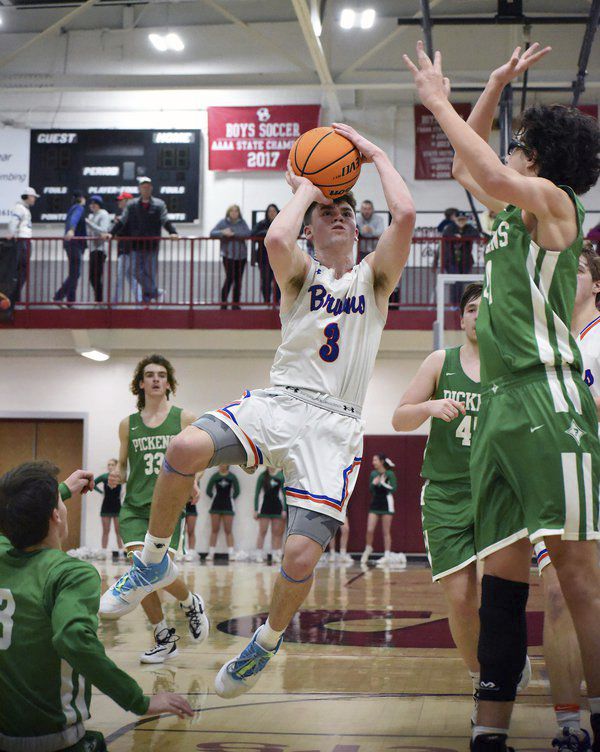 Northwest Whitfield High School's Kooper Pardee puts up a shot in heavy traffic against Pickens on Friday night in the Region 6-4A basketball tournament semifinals. 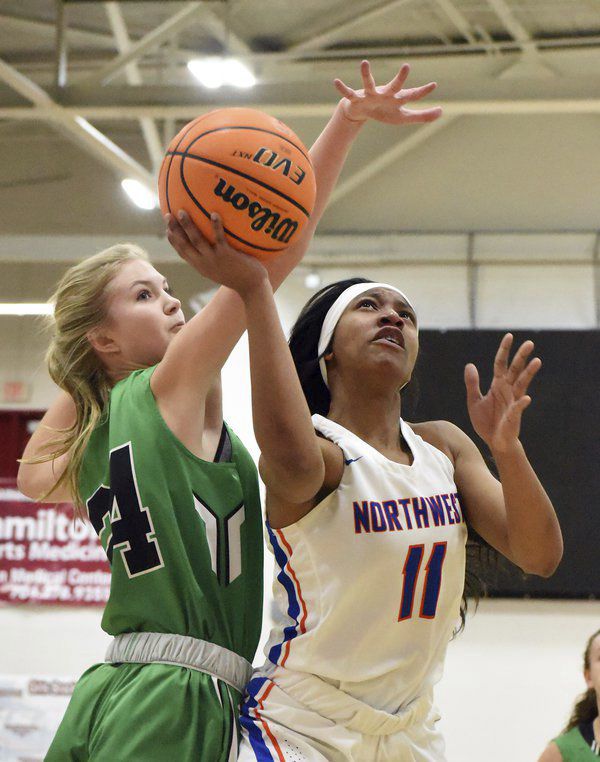 Northwest Whitfield High School's Kooper Pardee puts up a shot in heavy traffic against Pickens on Friday night in the Region 6-4A basketball tournament semifinals.

The Lady Bruins play for the Region 6-4A tournament championship tonight after defeating Pickens in the semifinals, 56-46, on Friday. Northwest takes on the Gilmer (No. 1 seed) in the championship game Monday night at 7 at Southeast Whitfield High School.

The Lady Colts fell in the semifinals of the Region 6-3A tournament to Sonoraville, 56-47. Coahulla Creek plays in the third-place game versus Calhoun Monday at 4 p.m. at North Murray High School. The Lady Colts have qualified for the state playoffs.

After an undefeated regular season run, North Murray hopes to keep its region record spotless as it faces Lakeview-Fort Oglethorpe Monday night at 8:30 in the Region 6-3A tournament championship game at North Murray.

On Friday, No. 1 seed North Murray beat No. 4 seed Calhoun, 70-67. For the Mountaineers, Ethan Lederer had 24 points (six 3-pointers), Chaisen Buckner went for 15 points (including seven in the fourth quarter) and Ladd McConkey scored 14 points.

The Bruins play for the Region 6-4A tournament championship Monday night at 8:30 as they face LaFayette at Southeast. Friday night, No. 2 seed Northwest beat No. 3 seed Pickens, 66-48. Leading Northwest in scoring was Blane Greene 24 (points) followed by Kooper Pardee (23 points).