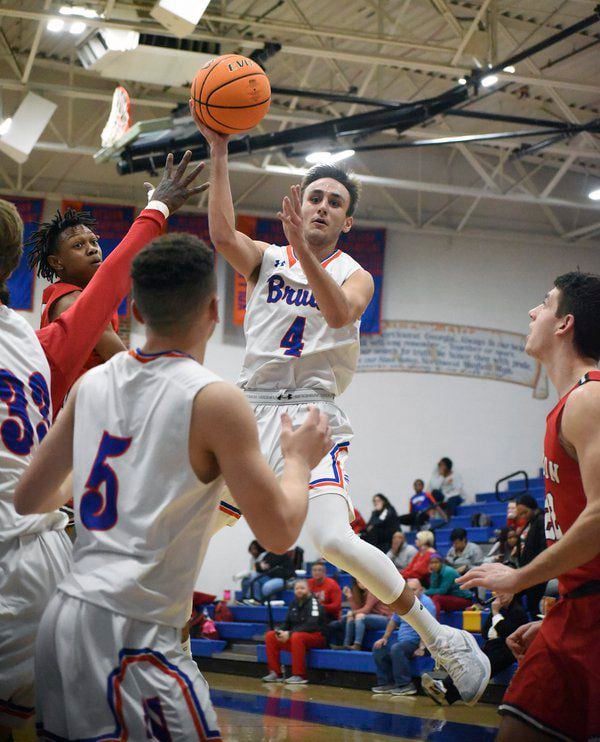 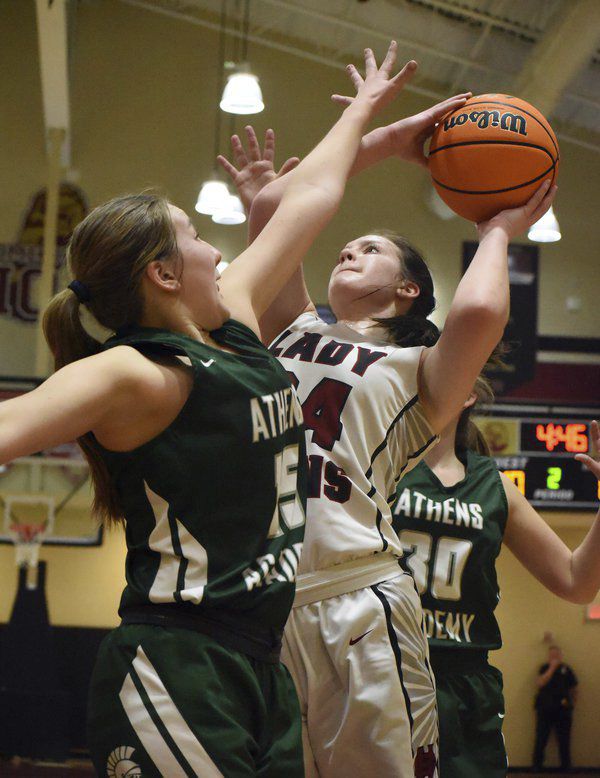 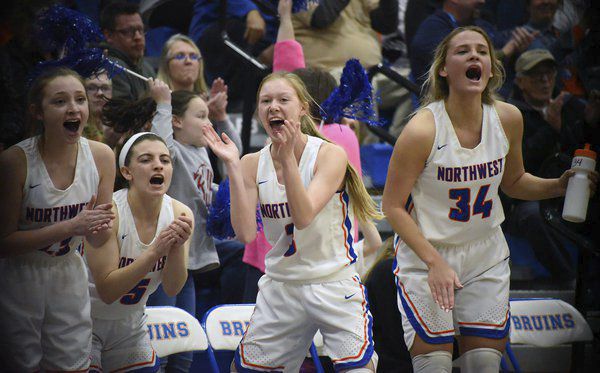 Northwest Whitfield High School players jump off the bench and celebrate during the fourth quarter of their win Friday night over Madison County.

Northwest Whitfield High School players jump off the bench and celebrate during the fourth quarter of their win Friday night over Madison County.

The Lady Lions beat Athens Academy, 36-32, at home in a low-scoring game Friday night in the opening round of the Class A Private Georgia High School Association playoffs. For Christian Heritage, Mary Herndon had 11 points and 10 rebounds while Haddie Chambless and Faith Humphrey each scored seven points.

The Lady Lions (18-6) advance to the second round to face Hebron Christian Academy on the road in Dacula either Wednesday or Thursday with a time to be determined. Hebron Christian is 28-0 this season in Region 8 and had a bye in the first round of the playoffs.

The Lady Colts lost a close game to Jefferson, 62-55, on the road in the first round of the Class 3A playoffs. For Coahulla Creek, Katelyn Richards scored 18 points while Kenley Woods had 10 points.

The team finishes the season 20-8.

Northwest Whitfield defeated Madison County, 52-46, in the opening round of the Class 4A playoffs as the Lady Bruins' Tionna Baker filled the stat sheet with 21 points, seven assists and four rebounds. Also for Northwest, Emma Allen went for 14 points and 10 rebounds, Mikayla Ehlers scored eight points and McKenzie Brueckner pulled down seven rebounds.

Northwest (21-7) hosts a second round playoff game against the winner of McDonough/Perry game either Wednesday or Thursday with a time to be determined.

The Bruins' season ended with a 61-39 loss to Madison County at home in the first round of the Class 4A playoffs. For Northwest, Kooper Pardee had 13 points and Will Buckner and Chandler Jackson each scored eight points. The Bruins finish the season at 16-12.

Coahulla Creek routed Haralson on Friday, 10-0, at home. For the Lady Colts, both Delia Navarro and Fernanda Olivas scored four goals each, with Navarro adding two assists. Also, Jackie Resendiz and Ana Silva each scored a goal. Coahulla Creek is is 2-1 (1-0 in Region 6-3A).

Coahulla Creek shut out Haralson, 9-0, at home. For the Colts, Saul Barcenas and Sebastian Garcia each scored two goals while Emmanuel Arredondo, Raul Hernandez, Ronaldo Mendiola, Cristhian Pedron and Luis Torres all had one goal each. Gustavo Arredondo had two assists.