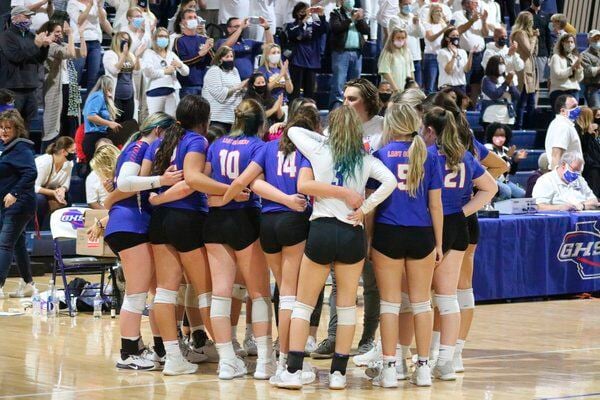 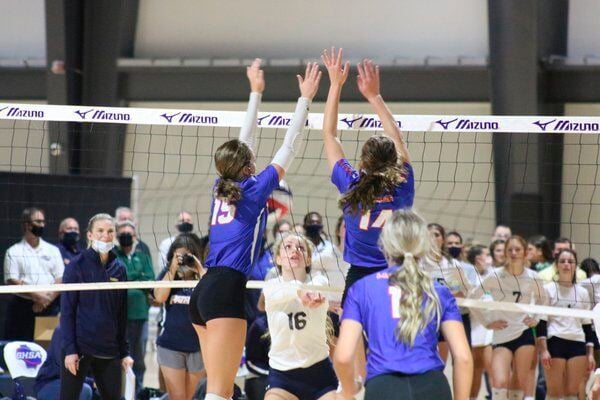 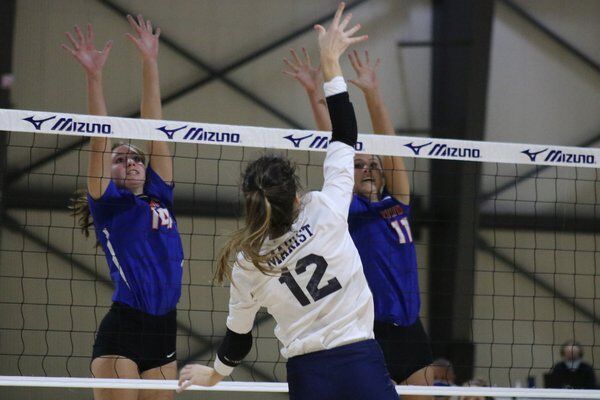 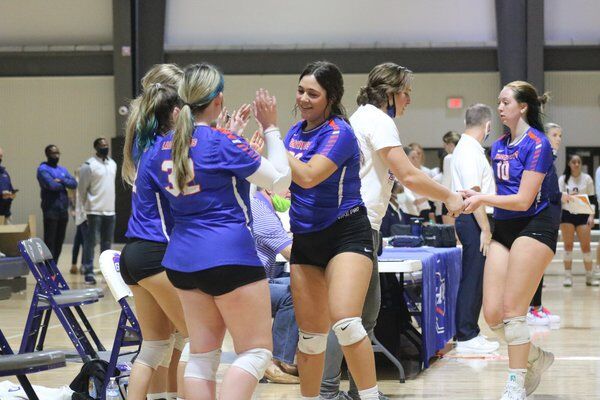 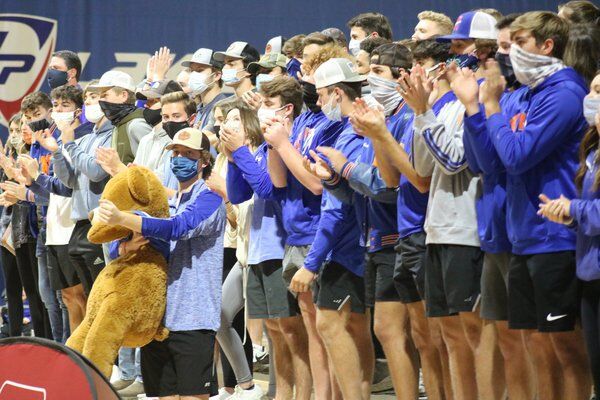 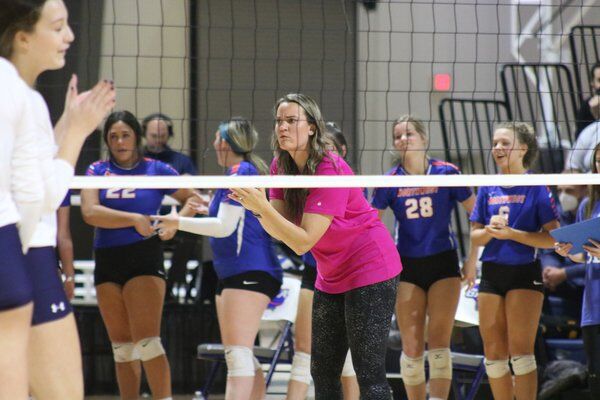 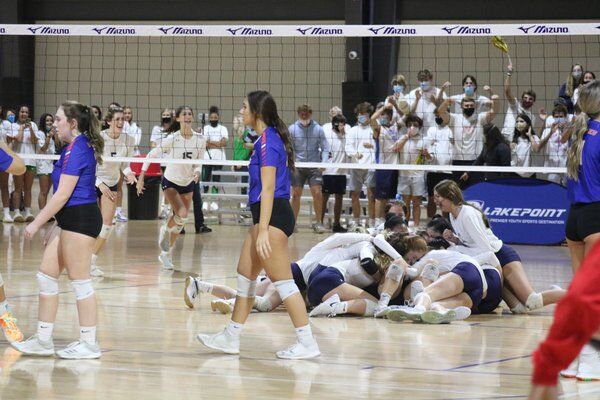 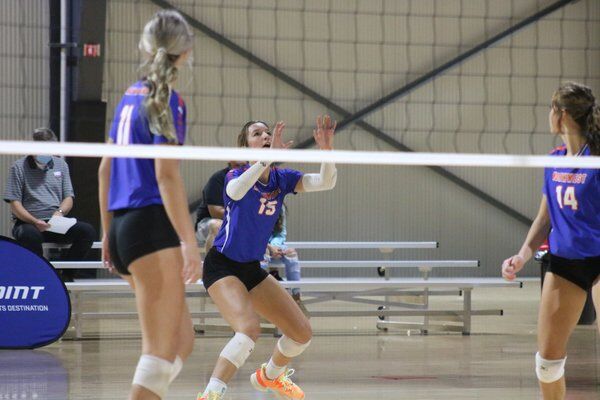 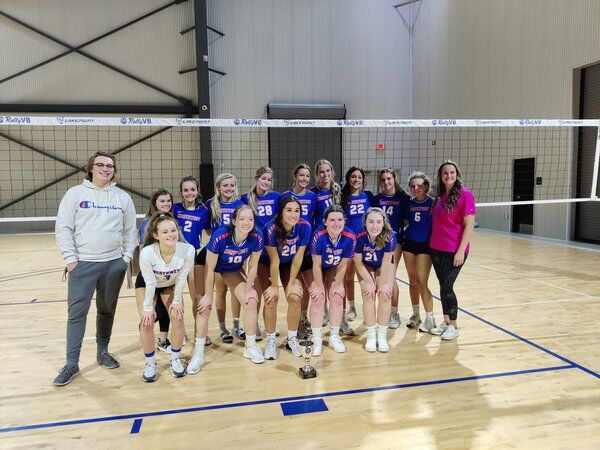 Northwest Whitfield High School's volleyball team poses with their state runner-up trophy. The Lady Bruins fell 3-0 to Marist in the Class 4A state volleyball championship match on Saturday in Cartersville.

Northwest Whitfield High School's volleyball team poses with their state runner-up trophy. The Lady Bruins fell 3-0 to Marist in the Class 4A state volleyball championship match on Saturday in Cartersville.

CARTERSVILLE — Before the Northwest Whitfield High School volleyball team stepped foot on the court for the Class 4A state volleyball finals on Saturday, it was already a season of firsts.

Northwest fell in three sets to Marist in the state finals at Cartersville’s LakePoint Sports complex on Saturday, finishing their season as the Class 4A runner-up.

“To be a small school in Northwest Georgia that hasn’t really been on the map much, just to come down here and be able to put a little respect on your name is nice,” Northwest Whitfield head coach Kelsey Ikerd said.

It was the first finals appearance for the Lady Bruins, but far from the first for Marist.

The War Eagles won their ninth state championship on Saturday.

“We have so much talent and skill, but there’s a lot of pressure,” Northwest junior Emma Allen said. “Marist is a team that’s been here plenty of times and is used to this feeling.”

That state finals experience helped Marist to big leads in all three sets. The Lady Bruins would battle back, but couldn’t overcome large deficits.

In the first set, Marist reached a 15-9 lead and 20-14, while Ikerd called timeouts at both points to try to stop the Marist streak.

The War Eagles kept soaring above the net for kills and swooping to the floor for digs that made it hard for a usually high-scoring Northwest offense to tally points. Marist took the first set 25-17.

Northwest rebounded well in the second set to start, scoring the first three points of the set and playing Marist to a 10-10 tie. The War Eagles took control at that point with four straight points.

Ikerd called another timeout, but Marist already had the separation they needed. They won the second set 25-19 to push the Lady Bruins to the brink of elimination.

Marist got another big lead in the third, and, behind an excited crowd, took the set, the match and the title with a 25-15 win.

Northwest (32-11) reached the state finals against Marist (19-8) after falling in the finals of their Area 7 tournament. The second seeded team swept Arabia Mountains and Islands to earn their way to their first Final Four, then took down Jefferson 3-1 to reach the title match.

“We all came together to even get to where we are,” Lady Bruin senior Kiersten Maynard said. “Even though we might not have played the way we would have liked, I’m pretty satisfied to get second.”

Maynard is one of four seniors on the legacy-leaving Northwest team, along with Kiara Hughes, McKinsey Bohannon and Lexie Douhne.

“I’m proud of the legacy that we’ve kind of built for the school for years to come,” Maynard said. “It’s something that we’ll always remember.”

Allen said she hopes the season of firsts can help the Bruins get that one last first next year.

“It was a new experience, and we were all excited to be here,” Allen said. “It’s definitely a little cold taste left in your mouth after today, but now it gives us something to push towards next year. Now we know our ability.”