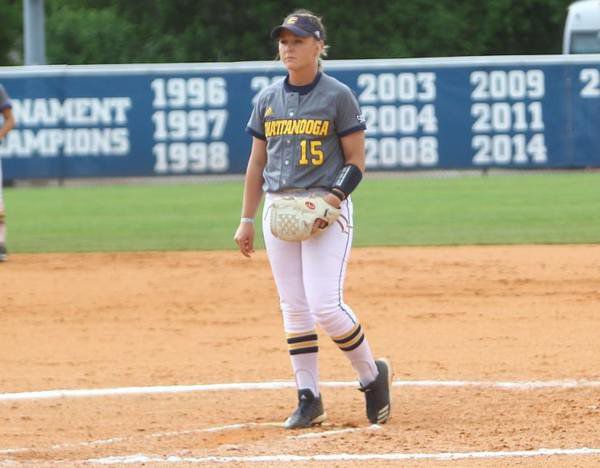 Former Dalton High School softball standout Alli Swinford takes the mound during a University of Tennessee at Chattanooga softball game. Swinford saw softball career with the Mocs abruptly end due to concerns over the spread of the new coronavirus (COVID-19). 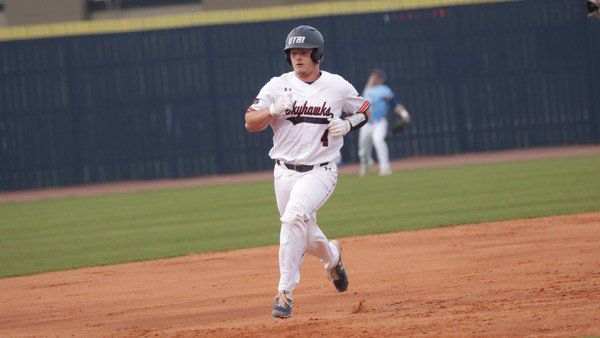 Former North Murray High School standout Blake Davis runs the bases during a University of Tennessee at Martin baseball game. Davis saw his junior season abruptly end due to concerns over the spread of the new coronavirus (COVID-19).

Former Dalton High School softball standout Alli Swinford takes the mound during a University of Tennessee at Chattanooga softball game. Swinford saw softball career with the Mocs abruptly end due to concerns over the spread of the new coronavirus (COVID-19).

Former North Murray High School standout Blake Davis runs the bases during a University of Tennessee at Martin baseball game. Davis saw his junior season abruptly end due to concerns over the spread of the new coronavirus (COVID-19).

Editor's note: In an effort to keep the community updated on news about the new coronavirus (COVID-19), articles posted to our website under "Breaking News" are available to everyone for free, whether or not you're a subscriber. We encourage you to support us by subscribing to the Daily Citizen-News or by buying a copy of the newspaper at a local store or newspaper box.

Alli Swinford's softball career began when she was 6 years old and ended with a press release last week.

The former Dalton High School standout softball pitcher was in the midst of what she knew would be her final season playing for the University of Tennessee at Chattanooga. She just didn't know how suddenly it would be over.

Sports seasons across classifications, levels and countries began to shutdown last week as the growing threat of the spreading new coronavirus (COVID-19) gripped the world. The NBA suspended its season on March 11, opening the floodgates for a swell of season suspensions and cancellations. Swinford and the UTC Mocs were in Clearwater, Florida, for an annual road trip and softball tournament when news started trickling in.

"We had just played that night, and I heard the NBA was suspended. I remember thinking there's no way it's going to reach the Southern Conference," Swinford said. "It slowly started becoming more real."

The NCAA announced the cancellation of spring sports championships the following Friday, and UTC's Southern Conference followed suit, first announcing that they would suspend play and then cancelling it altogether.

"As we wrapped practice that night, the conference started shutting down," Swinford said. "It felt like it just came out of the blue."

Swinford's story is one echoed in countless athletes that saw seasons suddenly silenced, including those of Northwest Georgia. Blake Davis, a graduate of North Murray High School and catcher for the baseball team at the University of Tennessee at Martin, has another year left to play, but feels for his teammates who might not get to return.

"It was kind of hard to wrap your head around," Davis said. "For so many guys, that may have been it for their careers."

The seemingly lost careers of some may be extended due to an NCAA announcement that athletes of spring sports could receive an extra year of eligibility. Swinford, however, was just a junior, but had already planned to leave the team after the season due to injury concerns and her upcoming graduation in December. Battling a shoulder injury, she often sat out games during the week to prepare to play weekend games. Swinford is set to undergo surgery on that shoulder that would make continue playing impossible.

"There was a thought of trying to push through injuries and come back, but it's time for me to move on," Swinford said.

Injuries played a role in Davis' reaction to the news, too. He'd been dealing with a pulled hamstring since the start of the season, and has a torn ligament in his thumb.

"It was kind of mixed emotions when I first heard," Davis said. "I've been dealing with a few nagging injuries, so I was glad to be able to take time to get healthy."

Swinford said she looks back on her decorated career with fondness already, just a week after it was cut short. She was named the Daily Citizen-News All-Area Softball Player of the Year after both her junior and senior seasons while leading the Catamounts' first Elite Eight appearance in the state tournament. At UTC, she and the Mocs won the Southern Conference championship last season, along with teammate and former Southeast Whitfield High School Raider Sidney Swantic.

"I've played this sport for basically my entire life. It taught me a lot about who I am as a person," Swinford said. "The last couple of months with my team and last few years at UTC have been some of the greatest times of my life. We were a team that loved each other and played for each other every game. I'll miss that."

Davis will return to the diamond next season, but he's already missing baseball.

"We've been out for maybe a week now, and I've already been itching to get back out there." I've been sitting around watching old baseball games. There's just nothing like it."

The early cancellation of the season creates an unusual situation for baseball players, Davis said. Free time is not a normal occurrence during the spring season.

"It was a really hard feeling that I haven't had to deal with before," Davis said. "A lot of us are working just to pass the time. Now we're able to be normal college students. A lot of the guys were able to experience a spring break for the first time."