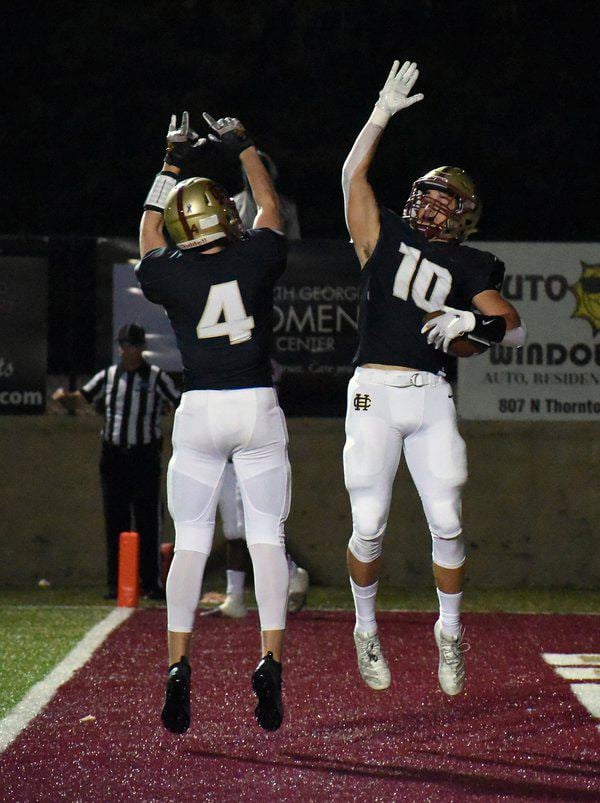 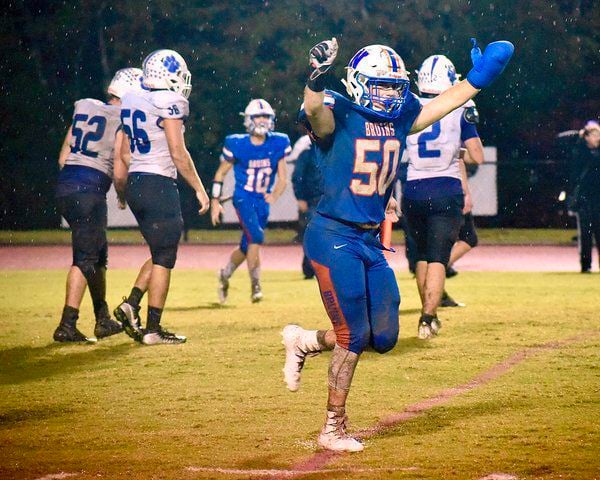 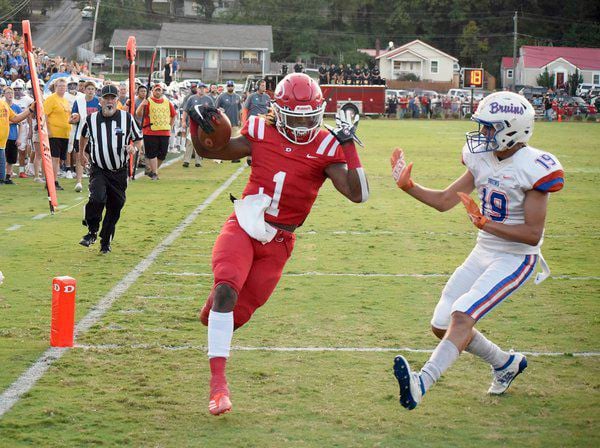 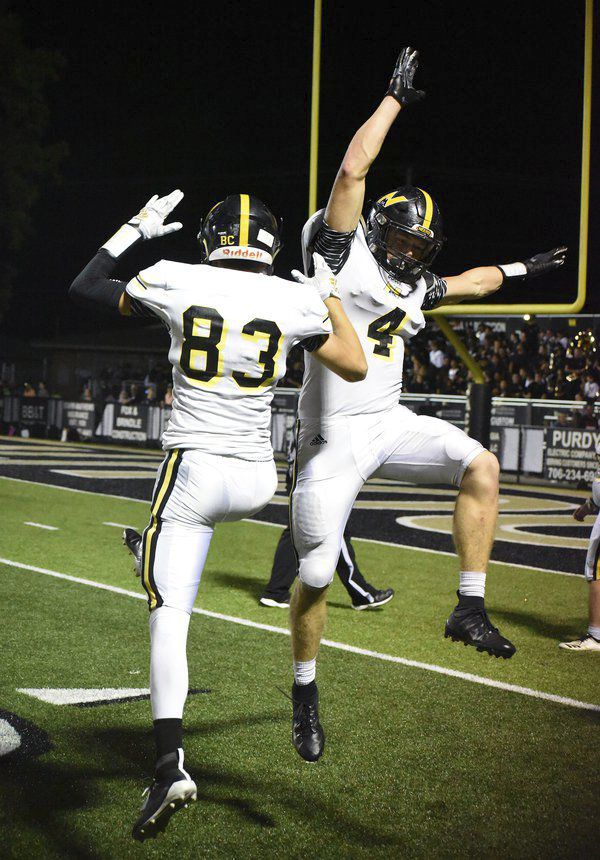 The regular season is in the past. Now, the only thing to do is win or go home.

For four of the area's football teams — Christian Heritage, Dalton, Northwest Whitfield and North Murray — their hopes of winning it all are now just a handful of games in front of them.

Three of those schools begin with games tonight, as the Lions received a first-round bye.

Here's how they match up with the opposition.

Dalton has had a bit of a bumpy path to its appearance in the postseason.

The Catamounts failed to make the playoffs last year on a rare occasion in the program, and ever since then coach Matt Land has been on a mission.

"There's two types of people in this world," he said. "A game player and a ticket buyer, and you don't want to be a ticket buyer."

A year later, Land and his team are in a different position.

"It never gets old," he said. "You fell the euphoria of making the playoffs, and it doesn't matter if you're a No. 1 seed or a No. 4 seed. It's something that each one of these kids celebrate, and now you set a new goal."

The Catamounts are set to travel to Dacula — who is ranked No. 1 in the classification by multiple outlets. Dalton has struggled with multiple injuries throughout the season, including that of quarterback Landon Allen, who has since returned from missing multiple games with a lower back injury. The team has undoubtedly been led by senior running back Jahmyr Gibbs who finished the regular season with 40 total touchdowns and 2,347 yards on the ground.

His only non-rushing touchdown this season came on a 97-yard kickoff return.

Land said his last message to his players before they take the field tonight will be to make sure they keep their hopes in the right place.

"We just have to continue to accept what we can and can't do with what we have," he said. "What we can do, we will try to be great at and what we can't do we'll just move on. At this point, it's too late to get good at it.

"I'm going to tell them that we are the best fourth-place team in the state. You're a couple of plays and a couple of points away from having a different seed. Now the question is, who do we want to play like? Do we want to play like the team we believe we are, or the one based on the seed we are? I just want them to believe, because that's what it's going to come down to."

After dropping its chance at winning a region title for the first time in almost 20 years last week, Northwest Whitfield coach Josh Robinson said he's most proud of his team for proving their worth.

The Bruins began this season with a great deal of youth, and set out to do a lot of improving throughout the season.

They have been led by one player likely no younger than starting quarterback and freshman Owen Brooker.

"We've made it to the playoffs now five seasons in a row and the last six out of seven, so it's pretty awesome," Robinson said. "We were going through some struggles at the beginning of the season, and it was nice to be at least mostly healthy at the end of the year.

"I really think we did improve, and especially on offense. Some spots we've improved more than others, but there really has become some great accountability amongst the team."

Northwest dropped last week's matchup with Heritage, 30-22, and after a few ties at the top of the region leaderboard, the loss dropped it the No. 4 seed.

"It really was a great game," Robinson said. "It was certainly disappointing, but I'm very, very proud of our kids for pushing through."

Robinson said Oconee County is a very physical team, so the Bruins better be ready for a fight.

With their improvement, Northwest has seen scores from multiple players during the season including running backs Gavin Ellis and Bryce Mantooth, as well as receivers Preston and Callen Nealey, among others.

"(Oconee) is where they are supposed to be — just big," he said. "At the same time, we feel like if we go and we perform well then we have a chance. This time of year that's all you want."

North Murray has had practically the same story following its players for years.

This year's senior class, a group of around 20 players, has always been told that they were supposed to bring the school its first region championship in the history of the football program.

They've been told that maybe they can go all the way.

So now they have the first hurdle in front of them.

The Mountaineers have been mostly dominant this season, including a win likely no bigger than that of its victory over Calhoun, which broke a region-game winning streak of 139 games for the Yellow Jackets.

Before this season, no other team besides Calhoun had won the region for the past 18 years.

With each week zooming by, Poag said there's only one thing he thought might have gone differently.

"There really have been no surprises, but my mindset was that I would have pictured us being 10-0," he said. "Besides that, it's been almost perfect. We've played well, we've practiced well and we've had great leadership.

"It's always been a senior-led team and you need that stuff to be successful."

The Mountaineers' only loss this season came in Week 2 after it dropped its first game of the season to Rabun County, 38-17. Since then, they've had success on both offense and defense, capitalizing on turnovers and open fields.

Senior quarterback Ladd McConkey has taken on a huge chunk of the scoring this season for North Murray, as recently as last week finishing with five of his team's six touchdowns over Sonoraville. Running backs Noah Lunsford and D'Ante Tidwell have also seen scores, while popular targets for McConkey through the air have included Chaisen Buckner, Landon Burrell and Hayden Hulett.

Besides Poag knowing his senior class has been told their expectations long before they were in high school, the most exciting part for him, he said, will be for them to finish their careers with his leadership — which they have had for the past four years.

"When you have the same coaches in high school, that's a big deal," he said. "I think they just sort of expect to hear that stuff now, and I think that's why they don't get rattled."

To outsiders, Christian Heritage coach Jay Poag said it might look like the Lions are lucky to have received a bye in the first round of the postseason.

But to him, it's a reflection of how hard his players have worked.

The only game the Lions have dropped this season was to Darlington, 29-22, who also earned a bye this week at the No. 7 seed in the classification's Power Ratings. With each one of the six region winners in Class A-Private getting a bye, Darlington and Christian Heritage filled the other two spots.

"It's something to be proud of," Poag said. "But on the flip side, there's a part of you who wants to keep playing and keep the momentum going."

Next Friday night, Christian Heritage hosts the winner of this week's winner between No. 9 Wesleyan and No. 24 First Presbyterian Day School.

"We get to play at our place for a chance at a spot in the Elite Eight, so it's a good place to be," Poag said. "We are where we expected to be. We had some really exciting games last year, but we think that this is our year."