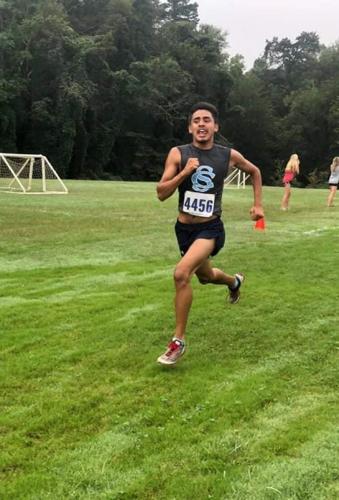 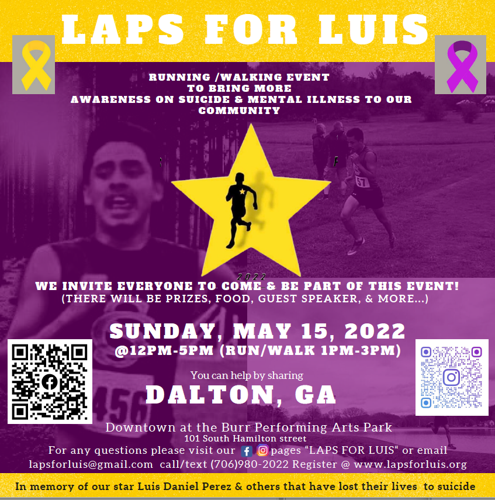 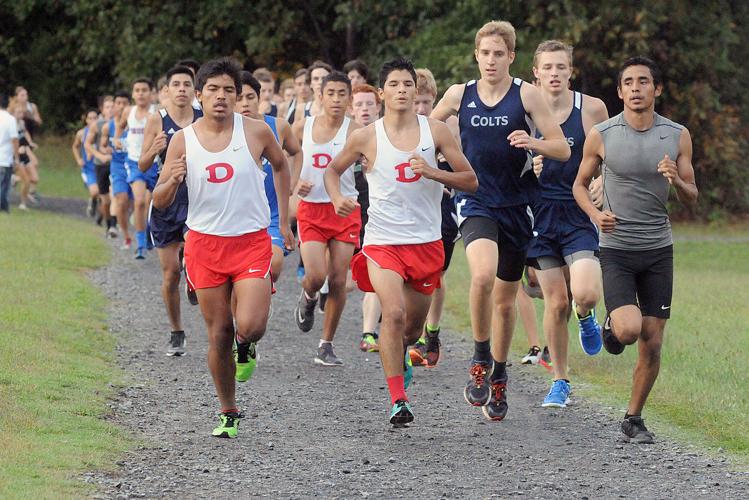 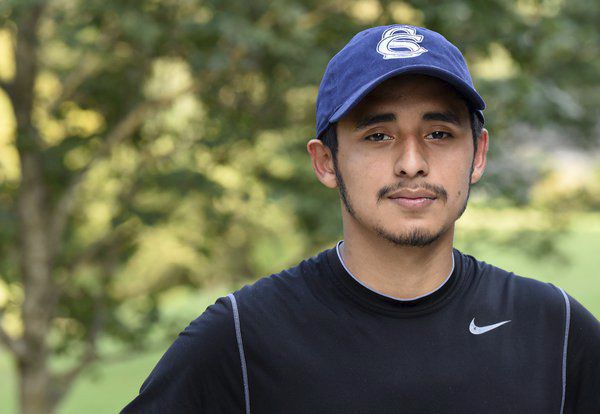 Luis Daniel Perez loved to run, so it was only natural for his family and friends to choose a running or walking event to honor their late loved one.

“Running to him was such a huge deal. It was such a big part of his life,” said younger sister Betsy Perez. “He was so focused and determined as an athlete. Running was almost like an outlet to him.”

The family and friends of the late Perez want to help others find that outlet and find the help they need.

“Laps for Luis” is Sunday at Burr Performing Arts Park in downtown Dalton. In honor of Perez, the family hopes to raise awareness of mental illness and provide resources for those going through those struggles.

Perez was a promising young runner on the track and cross country teams at Southeast Whitfield High School before drug and alcohol addictions led to him dropping out of school. Perez later earned his GED and attended Cleveland State Community College, where he earned a degree while competing on the cross country team.

Perez was charged with vehicular homicide and driving under the influence when a January 2020 crash in Chattanooga resulted in the death of a woman. Perez ended his life on Dec. 25, 2021.

Perez’s family wants to share his story so that others can find a path out of the mental struggles that Perez went through before ending his life.

“His passing opened our eyes to how this topic isn’t spoken about enough,” Betsy said. “We hope with this event just to boost that topic.”

The event begins at 1 p.m. Participants can run or walk on a two-block course traveling on Hamilton Street, Crawford Street, Pentz Street and Gordon Street in downtown Dalton. Those streets will be blocked in the area from 1 p.m. to 3 p.m., and participants are encouraged to walk or run as many laps as they can in that time.

There will also be food vendors, multiple guest speakers and music. Licensed counselors and suicide prevention specialists will be present to speak to anyone in search of resources.

Potential participants can register at lapsforluis.org. Registration is $30 and includes a t-shirt.

“We want to connect people that need it to sources of help,” said Sonia Perez, Luis’ older sister.

Proceeds from registration costs go directly to a fund event planners have set up to help people with the costs of attending mental health counseling sessions.

“Anyone that wants to take part in therapy can come and fill out an application,” Sonia said. “We want it to be accessible to everyone.”

Event organizers plan to pay for four therapy sessions for as many people as proceeds will allow. The Perez family hopes to continue the event next year if it is successful.

“That’s the goal right now is to do it every year,” Sonia said. With the community’s help and support that’s what we want to do.”

Also going towards that fund to pay for therapy costs are proceeds from a book that will be sold at the event that reflects on Luis’ life.

Franco Martinez, who ran a Bible study for Sonia’s family but didn’t really know Luis in life, was inspired to help the family plan the event — and to share Perez’s story — at a wake for Perez. Martinez saw several people, with varying connections to Perez, rise and tell their stories of how Perez impacted their life.

With the funeral the next day, Martinez approached the Perez family with the idea.

“I got the inspiration that, if a lot of people wanted to tell his story, we should allow them to tell the story so people could read it,” Martinez said.

Martinez announced the plans for the collection of stories at the funeral, and the family soon began receiving one- or two-page accounts of memories of Perez.

The letters have been collected and will be in the book, which will be on sale at the event. Martinez said he hopes the book will serve both as a remembrance of Perez for his family and as a beacon of hope for anyone with mental illness.

The idea for Laps for Luis was supplied by a childhood friend of Perez, Raul Flores.

Flores heard of Perez’s passing, and it hit hard for him.

“I have had thoughts of suicide myself, and a couple years back I actually attempted suicide. Thank God I’m still here,” Flores said. “I was just thinking about what I could do for Luis. The name instantly popped into my head, Laps for Luis.”

Flores hadn’t met Perez’s family, but he felt he needed to approach them with the idea at the funeral.

“I had never met him, and he walked up to me and my family,” Sonia said.

A few days later, the Perez family reached out to Flores, and the seeds for the event began to be planted. Flores said he didn’t know it at the time, but working on planning the event became a godsend.

As Flores began speaking with suicide prevention specialists to train and prepare for the event, he found himself realizing he was in need of the advice the professionals were giving him.

At a meeting with the rest of the Laps for Luis organizers recently, he spoke up.

He had been dealing with recent thoughts of suicide.

“It made me want to ask for help,” Flores said. “I feel like God put that thought in me to not only help others but to get the help I need.”

“It saved my life, and I think it’s going to save a lot of other lives, too.”

Mr. Rex Allen Quarles, age 70, of Ringgold, Georgia passed away on Monday, May 16, 2022. He was born on June 23, 1951. He was preceded in death by his parents, Silas Quarles and Rose "Hawkins" Quarles; daughter, Natasha Quarles. He is survived by his wife of 40 years, Marcy Ann Quarles of Ri…

Sara Morgan, age 87, of Dalton, passed away Tuesday May 17, 2022. She is preceded in death by her parents James Lawrence and Alice Broome; brothers Perry Broome and J.L. Broome, Jr. She is survived by her husband Silas Morgan of Dalton; sons and daughters-in-law, David and Angie Morgan, Dann…