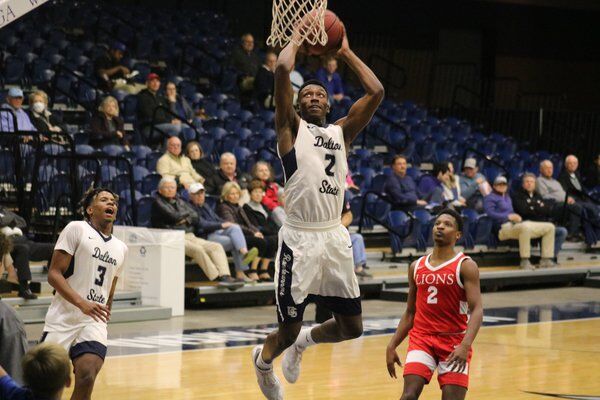 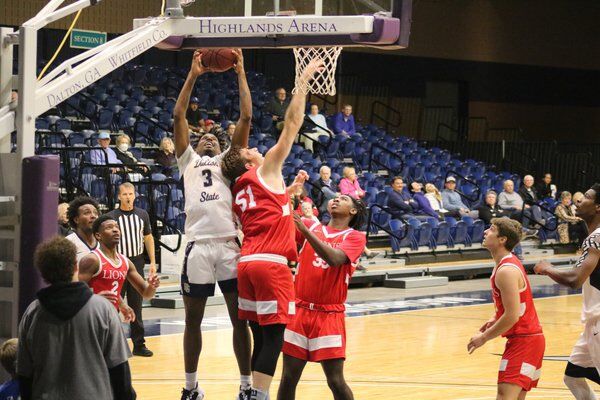 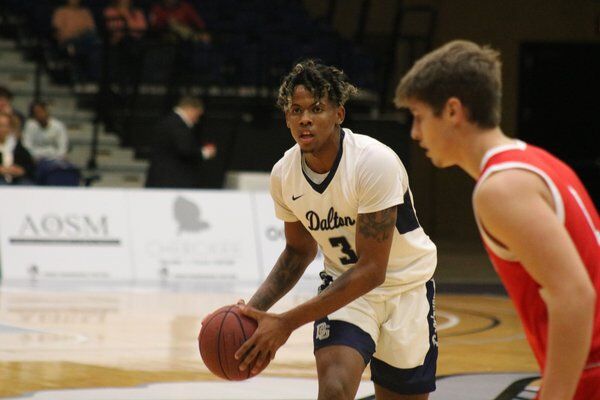 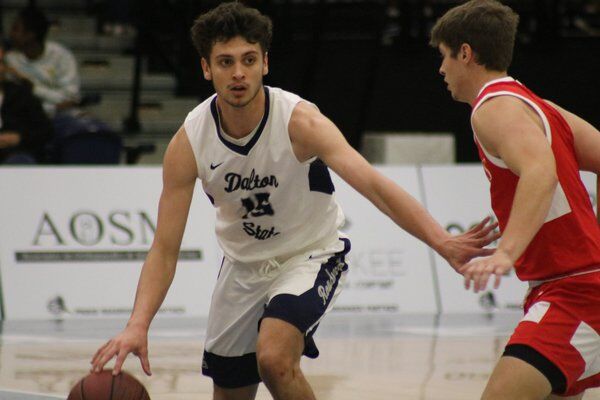 Dalton State College's Jalen Barker looks to get around a defender in a game against Bryan College Tuesday night. 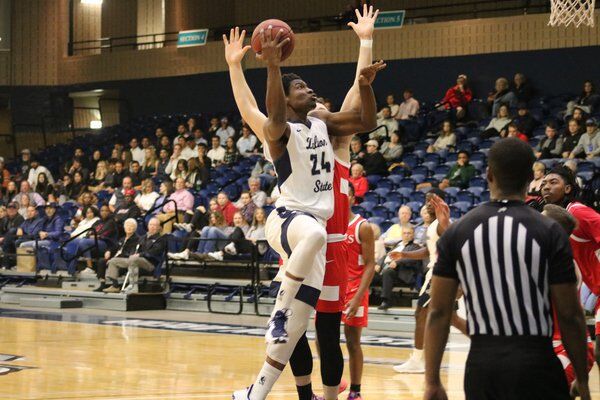 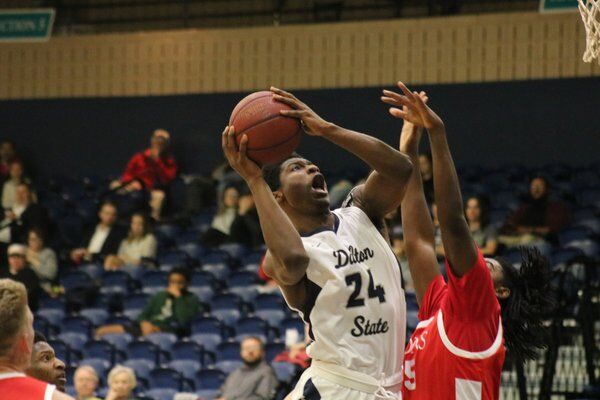 Dalton State College's Mohammed Abubakar goes up for a shot in a game against Bryan College Tuesday night. 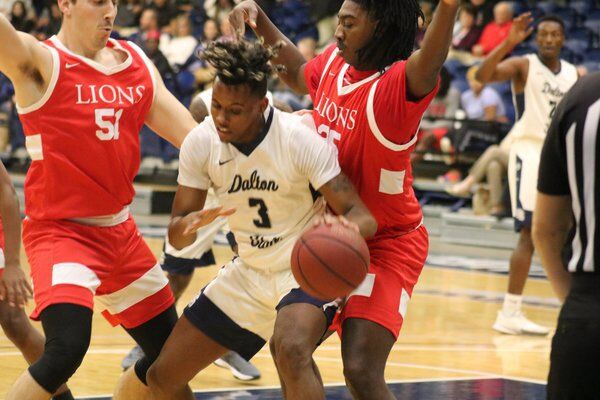 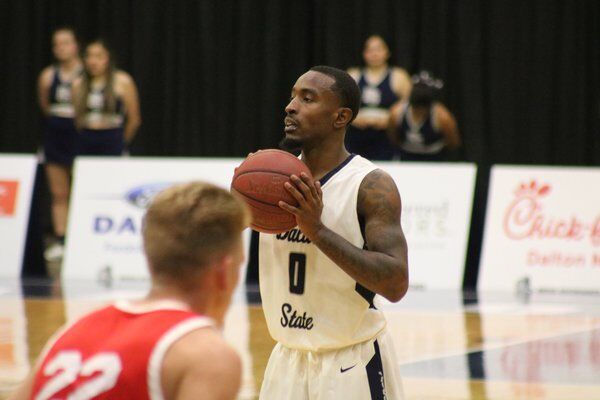 Dalton State College's Jalen Barker looks to get around a defender in a game against Bryan College Tuesday night.

Dalton State College's Mohammed Abubakar goes up for a shot in a game against Bryan College Tuesday night.

A 12-2 run in the second half helped visiting Bryan College knock off Dalton State 69-63 on Tuesday.

With nine minutes to play, Dalton State's Mohammed Abubakar made a shot to give the Roadrunners a 52-46 lead in a game in which neither team held a lead of greater than eight points.

After that shot, the Roadrunners (2-2) only added one basket for nearly six minutes of game time.

Antares Gwyn and Rodley Adjei made late 3-pointers with under a minute left, but too little time remained and Bryan made too many free throws as the Roadrunners were forced to foul to extend the contest.

That six-point lead at 52-46 was Dalton State's largest of the game. After Adjei pulled up for a deep, buzzer-beating 3-pointer just before halftime to cut Bryan's halftime advantage to 31-28, the two teams refused to let the other get any separation until the late Bryan run.

Ian Johnson scored seven of Bryan's 12 points in the crucial stretch and tallied 13 for the visiting Lions. Noah Mulaski led Bryan with 16, while Gene Holmes added 14.

Gwyn was the leader for Dalton State in points with 15, while he and Franklin Almonte both tallied eight rebounds to share the Roadrunner lead. Almonte, a freshman and Dalton High graduate, also scored 13. He's scored more than 10 in each of his first four collegiate contests.

Bryan made 16 of their 21 free throws, while Dalton State was just 3-for-7. Intentional fouls committed by the Roadrunners late contributed to the foul-shooting disparity.

The Roadrunners have now lost two straight after beginning the season at 2-0. They'll have another chance to get back into the win column Thursday at home, when Dalton State welcomes Oakwood University.