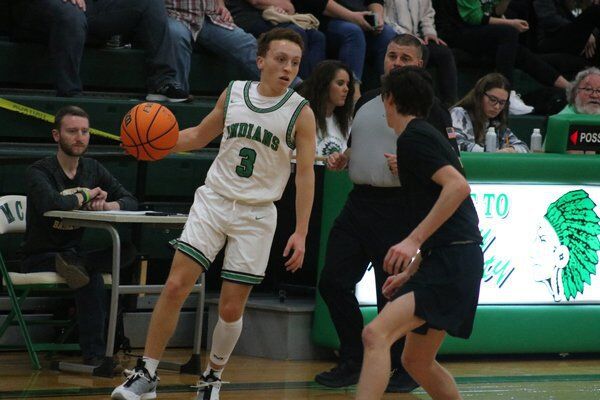 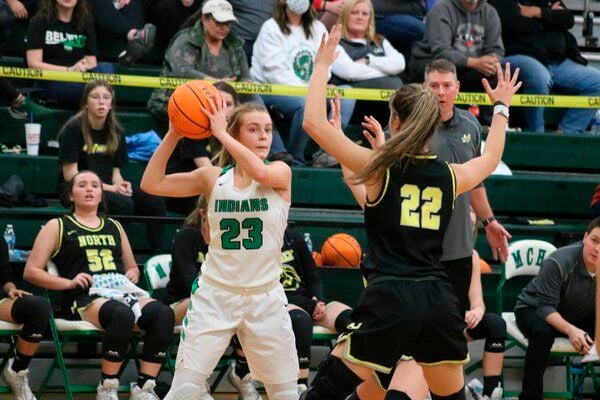 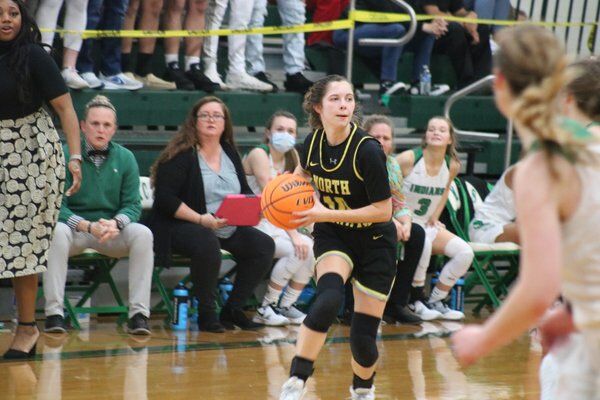 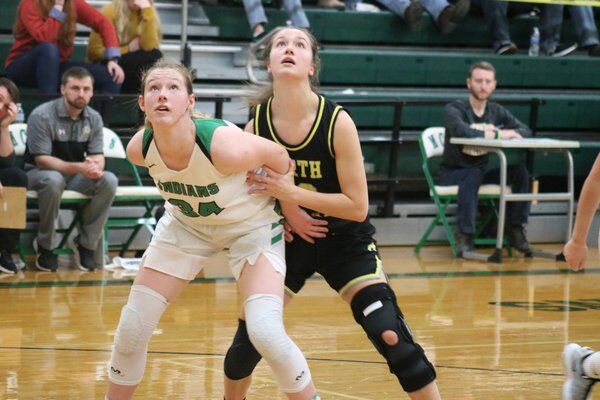 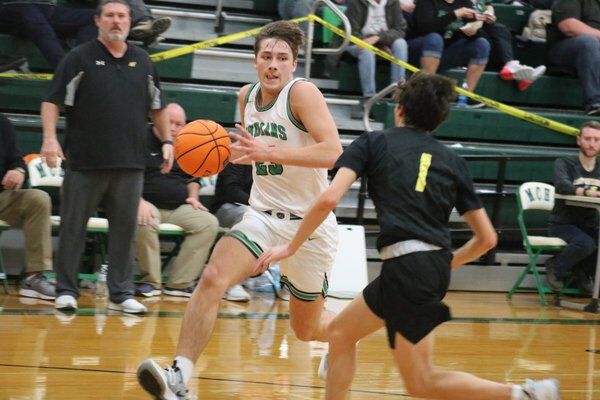 The first was an eight-point first quarter lead, which North Murray trimmed to one by half. The Indians also used a 9-0 run in the third to take an advantage.

In the fourth, Murray County led 42-37 before a flurry of points from Ty Kendrick pushed the Mountaineers up 45-42.

Jackson made a 3-pointer and Brannon Nuckolls, with a cast on his shooting hand that stopped only at his knuckles, coaxed a putback in that gave the Indians back the lead.

North Murray's Judson Petty scored the tying bucket with 1:11 left, and game-winning attempts from the two teams were off.

In that extra frame, North Murray held the ball for over half of the four-minute period on just the first possession, thanks to a few offensive rebounds. North Murray took the one-point advantage after that trip, but a Carson Weaver 3-pointer and Haden Newport free throw necessitated a tying basket from North Murray's Noah West with just 10.1 seconds left.

That's when Jackson ended the game. Newport dribbled up the court and drove left, looking for a shot, but instead found Jackson wide open on the right wing. The ball went through the net with about one second on the clock, and time expired as the Indians mobbed Jackson in celebration.

Newport scored 14 points and had 14 rebounds, and Weaver scored 16.

The girls game didn't require as many late-game heroics for the Lady Indians to get a win.

North Murray struck first in that extra frame, with a Lily Rymer 3-pointer, but that would be all the points the Lady Mountaineers would get.

In other action Friday night:

In their first game since Dec. 22 because of a COVID-19 quarantine for some players, Dalton was led in scoring by Grace Ridley's 20 points. Gracie Shaw contributed 13 points.

Emma Allen was the leader in a balanced Lady Bruin scoring effort with 13 points.

The Lady Colts were edged 57-55 by Sonoraville Friday, despite outscoring the Lady Phoenix 19-11 in the fourth.