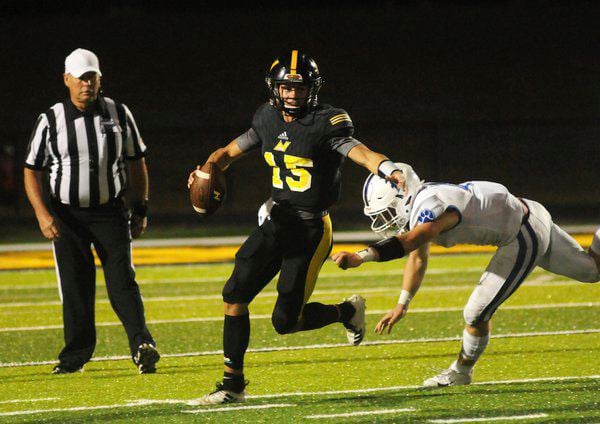 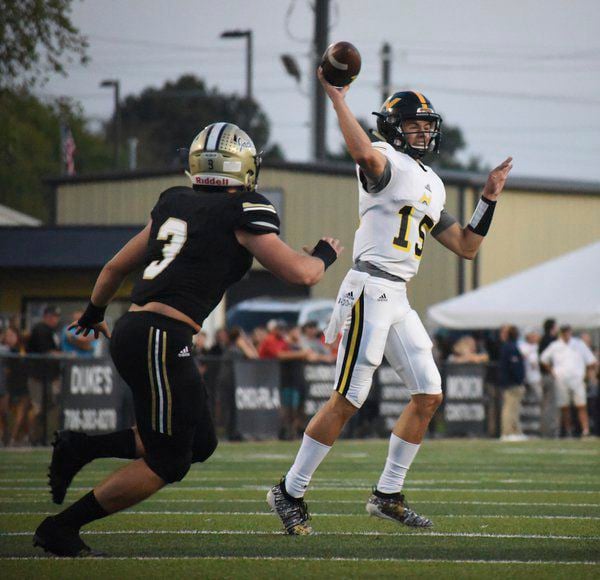 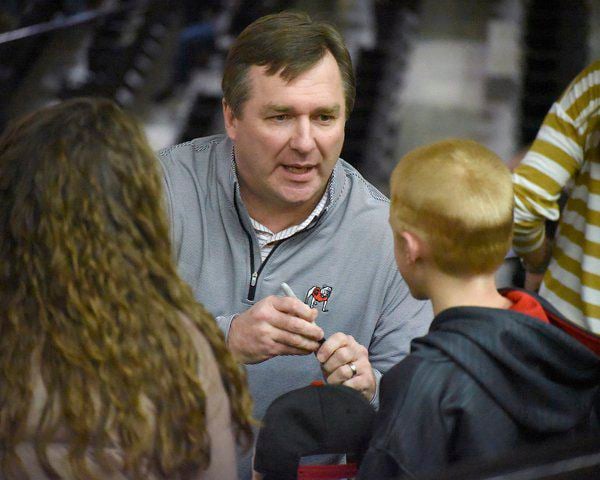 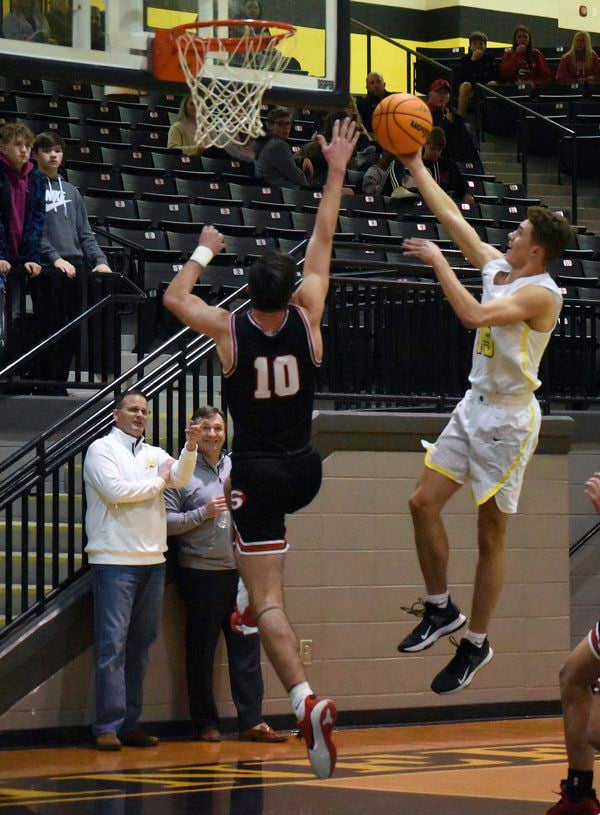 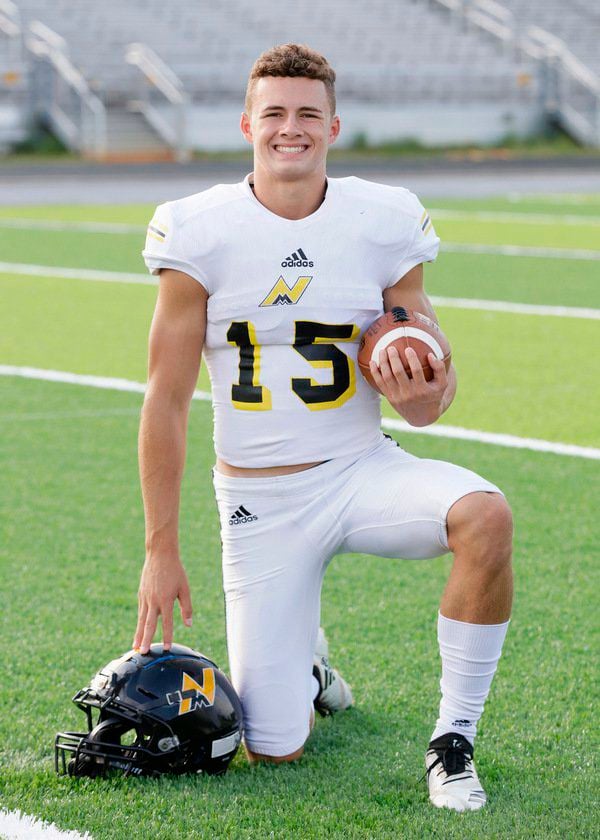 It's been a whirlwind football recruiting week for North Murray High School senior athlete Ladd McConkey -- and it's only Thursday.

His week so far:

• On Monday, McConkey received a scholarship offer from University of Georgia head coach Kirby Smart, who also had an in-home visit with the family and watched McConkey's basketball game that night at North Murray.

• Today, he's expecting a visit from the University of Missouri.

Interest in McConkey from the large Power 5 schools was tepid over the spring and fall. Back in the spring, William & Mary (a Division I school in the Football Championship Subdivision in Williamsburg, Virigina) offered McConkey his first football scholarship. and several smaller schools expressed interest in the versatile player. But in the past few weeks, interest in McConkey has taken off.

"It's definitely been awesome," McConkey said. "It's been an awesome experience. I'm still just kind of overwhelmed, still trying to take everything in, honestly."

Throughout his football career at North Murray, McConkey played all over the field: quarterback, wide receiver, defensive back, kick returner and even punter. During the 2019 season, McConkey moved to quarterback -- a position he hadn't played regularly in high school -- and helped lead the team to its first region championship and first appearance in the Elite Eight.

"Through this whole recruiting process, that's what I feel I would be best at at the next level," McConkey said.

"I didn't know how they were planning to go about everything," McConkey said. "They ended up coming to my game and presented me with an offer. It really has been crazy. It all came on pretty quick. I was shocked, I was overwhelmed. It really was amazing. It was a feeling not a lot of people get to feel. I am really blessed. It is an awesome opportunity and I couldn't be more thankful."

How did McConkey celebrate the news?

"Two of my best friends, actually right when I called them after coach Smart left, I told them they had offered me and they brought ice cream over to my house and surprised me with it," McConkey said. "All of my friends are big Georgia Bulldog fans so they're all super excited about it. The love I've already felt from the Georgia Bulldog fans, it really is special."

Smart caused quite the scene at North Murray's basketball game Monday night. Sitting with the McConkey family and their friends, plenty of fans sought out Smart for an autograph or a selfie. At halftime, Smart made his way to an open area and spent a solid 15 minutes posing for pictures and chatting with fans.

"They're both really great guys, and they don't act any different just because they're football coaches at Georgia," McConkey said of Smart and Hartley. "They act just like us. They were awesome, they really are."

Although McConkey hasn't received an offer from Tennessee, his interest in the school is high. McConkey and his family are lifelong Tennessee fans, and he's been to a number of games in Knoxville.

"Whenever I feel like I know in my heart that I'm committed to the right place," McConkey said. "I don't really have a time frame right now, just whenever I feel is right is when I'll make my decision."

Wherever he goes, academics are a high priority for McConkey as is "being around people that want to succeed in everything they do."

How important is early playing time?

"Obviously, it's everybody's goal to come in and play early," McConkey said. "You get four games now before they can redshirt you, so I definitely want to get in there and try to prove myself. If it does work out, I'll obviously love the opportunity to play early, but if the redshirt, if it did come about, I would understand that and realize that I do need to gain some weight and stuff like that."

Although McConkey has been a bit overwhelmed by the sudden surge in interest from larger schools, he's enjoying the process. He's leaned on older brother Hinton, who played quarterback at North Murray and went through the recruiting process in 2014-2015. The older McConkey attended Presbyterian College on a football scholarship then transferred to the University of West Georgia. McConkey said his older brother has been a huge help as a sounding board throughout the recruiting process.

"It can get a little stressful trying to make decisions," McConkey said. "It really is a big decision that's going to affect the rest of my life. I'm thankful that I have all of these opportunities because I know there are many people that wish they could be in my shoes. At times it can be stressful, but I definitely am blessed that I have all of these opportunities."