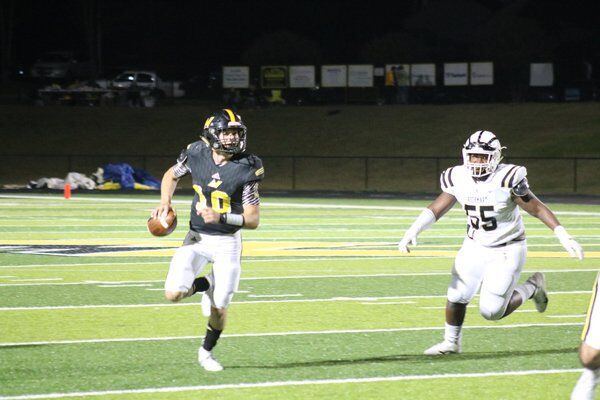 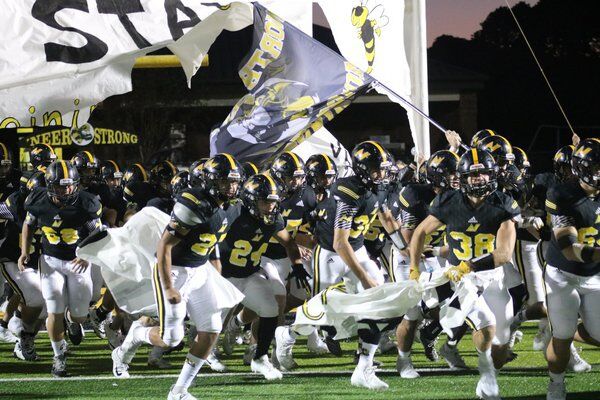 North Murray High School's football team runs onto the field prior to their Friday night game against Rockmart. 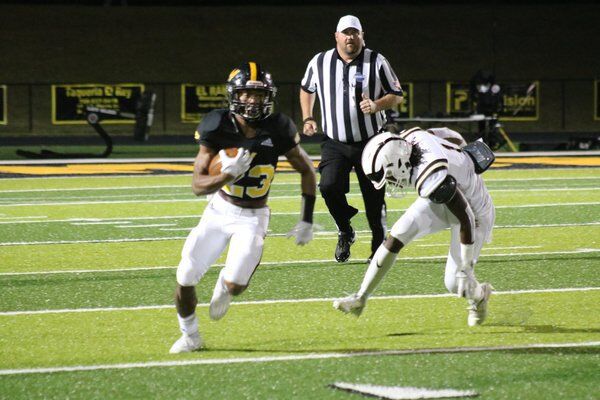 North Murray High School's football team runs onto the field prior to their Friday night game against Rockmart.

The Mountaineers (2-2) put together a furious rally after facing a large mountain to overcome, but came up short in a home Region 6-3A game against Rockmart (4-1) Friday night, falling 49-42.

"We came back and scared them," said North Murray head coach Preston Poag. "We kept fighting, kept clawing and almost pulled it off."

That biggest deficit came with a little over seven minutes in the third quarter, when the Mountaineers trailed 42-14. The teams had exchanged scores in the first quarter to leave the score at 14-14, but a couple of second-quarter touchdowns and two early scores in the third from Rockmart built the big gap. A 98-yard touchdown run by Rockmart's Jojo Haynes punctuated the Rockmart run.

"We just made too many mistakes against too good of a team," Poag said.

Quarterback Seth Griffin hit Cade Petty in stride for a 62-yarder down to the Rockmart 2, then Noah Lunsford plunged in for the score on the next play.

Petty and Griffin were instrumental in the comeback attempt, as was the Mountaineer defense.

After a quick stop, another long Griffin pass, this time to Michael McDade, set up a D'Ante Tidwell rushing touchdown, making the score 42-28.

Then it was Petty's turn again. He made defenders miss, then tightroped the sideline for a 54-yard score to cut the Rockmart advantage to a touchdown with 8:37 still left in the game.

The Rockmart offense, which had been shut down for the previous three drives, sparked back to life.

A 14-play drive, led by quarterback Javin Whatley, shaved six minutes off the clock and increased the Rockmart lead.

Whatley hurt the Mountaineer defense all night with his legs and arm. He ran for 117 yards and two touchdowns and passed for 130 yards and another.

North Murray did add a late touchdown -- Griffin to Petty for 14 yards -- but an onside kick with under a minute left was snatched up by Rockmart.

Griffin threw for 205 yards, a touchdown and two interceptions.

Tidwell ran for 34 yards and a touchdown and added a 70-yard kickoff return for a touchdown in the first half. He also intercepted a Whatley pass and set up North Murray in scoring range in that first half.

"Tonight helps us," Poag said. "It shows we can play with anybody in the state."

The loss drops the Mountaineers to 2-1 in Region 3-6A play and snaps a streak of nine straight region victories. North Murray has a quick turnaround after Friday's game, as they'll play at Coahulla Creek on Tuesday at 6 p.m. to make up a game postponed due to the new coronavirus (COVID-19) from earlier in the season. The Mountaineers then play Southeast Whitfield the following Saturday at 7 p.m.