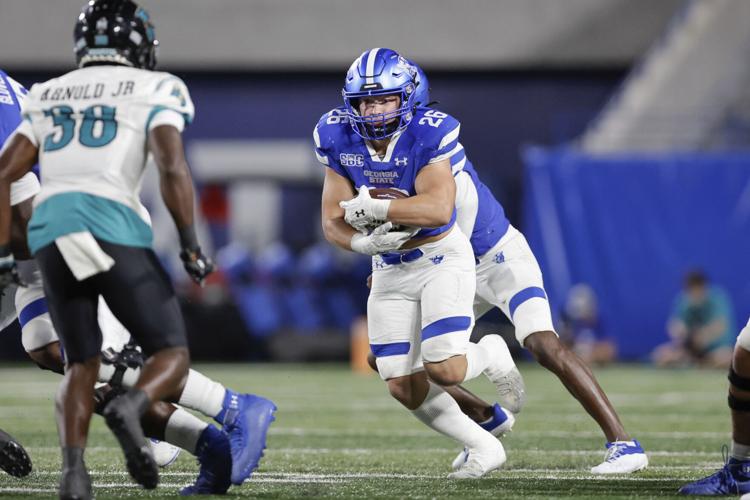 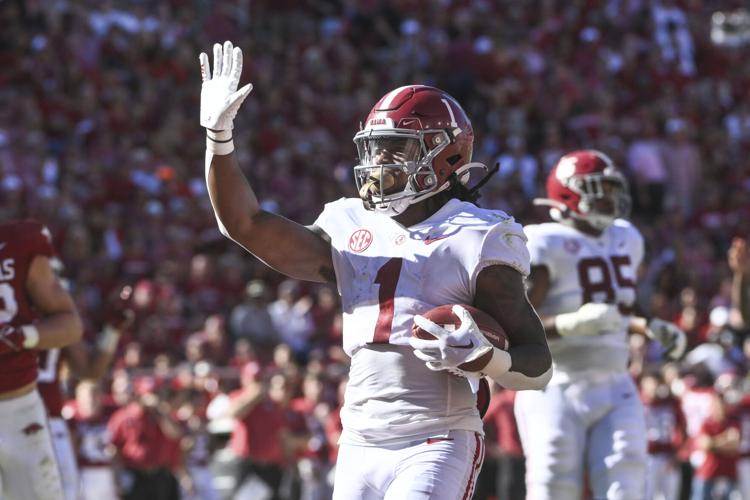 With a 124-yard, one-touchdown performance in Georgia State’s 31-14 win over Army on Saturday, the senior running back broke the school’s record for career rushing touchdowns.

Gregg broke off a 56-yard touchdown run in the fourth quarter. That was his 20th rushing touchdown in a Panther uniform, getting him past former Panther Tra Barnett’s 19.

Gregg, a 2018 Murray County graduate, came into the year with 16 rushing touchdowns. Gregg tied Barnett with his 19th career rushing score on Sept. 22 against Coastal Carolina, and his gallop on Saturday made him the lone leader.

Gregg, who walked on to the Panther program and spent two years contributing mostly on special teams while earning a scholarship, is also chasing Barnett for the school’s record in career rushing yards.

Thanks in part to two long touchdown runs in the fourth quarter of Alabama’s 49-26 win over Arkansas on Saturday, Dalton High School graduate Jahmyr Gibbs piled up 206 rushing yards.

That collegiate career-high for the former Catamount was good enough to earn him the Southeastern Conference’s Offensive Player of the Week award.

Gibbs rushed for 206 yards and two touchdowns on 18 attempts against Arkansas. He broke loose for touchdowns of 72 yards and 76 yards in the fourth quarter to help Alabama maintain a lead against the Razorbacks. Gibbs also caught two passes for 20 yards.

The 18 carries for Gibbs, who spent his first two college seasons at Georgia Tech before transferring to Alabama prior to this season, are the most by far he’s had in his five games in a Crimson Tide uniform. His previous high was nine, set in a 20-19 win over Texas last month.

“I didn’t know what my role was going to be, but I’m just trying to get into the best position for my team to win,” Gibbs told reporters after the game.

After five games, Gibbs leads Alabama in rushing yards with 383 and receptions with 19.