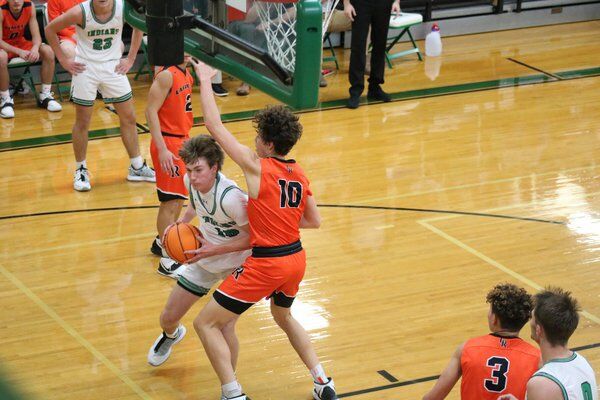 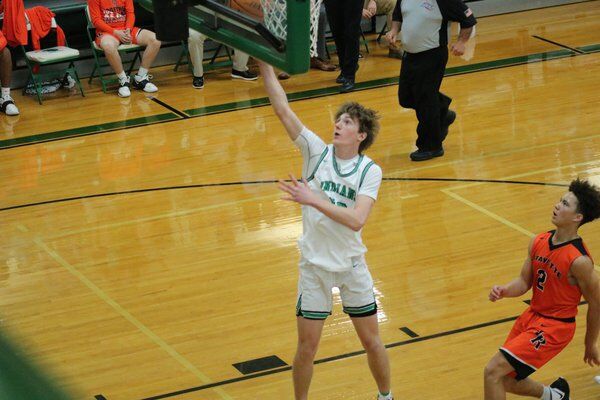 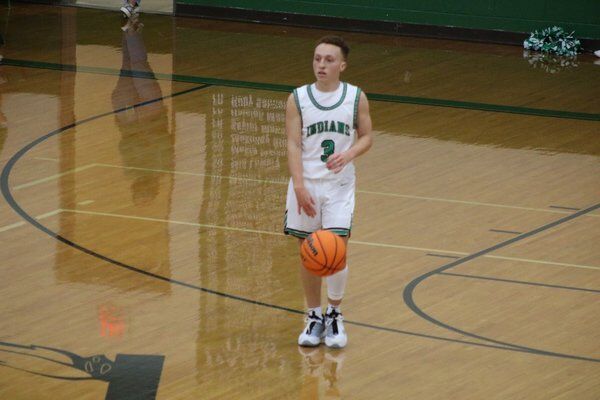 Murray County High School's Ethan Jackson dribbles up the floor during a 69-43 loss to LaFayette Thursday.

Murray County High School's Ethan Jackson dribbles up the floor during a 69-43 loss to LaFayette Thursday.

LaFayette (3-0, 2-0 Region 6-3A) outscored Murray County (4-2, 1-1 Region 6-3A) 26-9 in the third, turning a close game at half into a rout. The Ramblers rattled home shot after shot — including a deep Aidan Hadaway 3-pointer as time on the third quarter expired — and shut down the Murray County offensive attack to take control.

"They made a lot of shots," Murray County head coach Greg Linder said. "We felt like we got out there on them pretty well. That third quarter, we just couldn't buy a basket. It got a little frustrating for our guys, but we never quit battling."

It didn't help that starting senior point guard Ethan Jackson went out early in that third quarter after picking up his fourth foul. After that, the Murray offense struggled to get good looks at the basket as the lead swelled.

The teams tallied a matching nine fourth-quarter points with reserves playing out the final few minutes.

"When they shoot like that, they'll be tough to handle for anybody," Linder said.

LaFayette reached the Elite 8 in Class 4A last season, then brought back a majority of its core players with the school dropping down to 3A this season.

"We knew coming in what they did last season, and they brought a lot of players back," Linder said. "We think we're just as good of a team, they just had a great night tonight."

LaFayette's two skilled frontcourt players, Hadaway and DeCameron Porter, presented problems both on the interior and from deep for the Indians.

"They're so tall, they can shoot over you," Linder said. "They present a lot of problems that way."

The game wasn't always headed in LaFayette's favor. Murray County scored the first six points of the game and trailed LaFayette just 17-16 after the first quarter.

The Ramblers began their hot shooting streak in the second, but timely buckets from Murray County's Haden Newport and Brannon Nuckolls managed to keep the deficit in single digits at 34-26 at halftime.

Murray County plays at Ringgold on Tuesday at 7:30 p.m.

Lois Vaughn, age 85, of Dalton, passed away Monday, January 18, 2021 at Hamilton Medical Center. She is preceded in death by her parents; John and Estelle Franklin, sisters; Polly Pritchard, Bernice Stewart, Betty Ann Gowin and brother, Bud Franklin. She was a member of Dalton Church of God.…