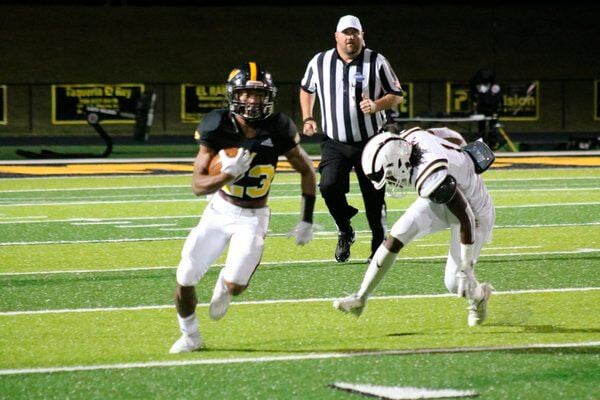 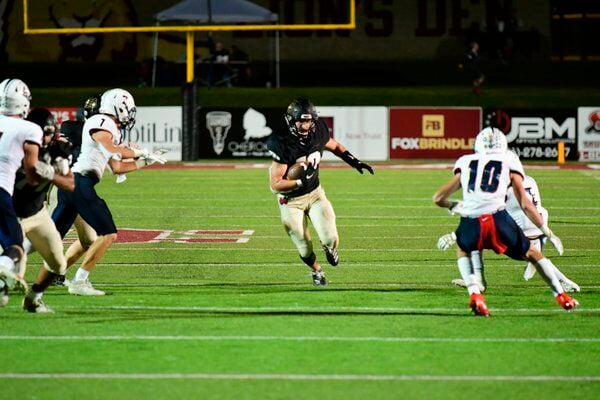 Christian Heritage School's Evan Lester runs through a hole in a September game against Heritage.

Christian Heritage School's Evan Lester runs through a hole in a September game against Heritage.

Senior football standouts in Whitfield and Murray counties will wait a few weeks longer before deciding where they'll play in college.

The early signing period for college football begins today, but athletes from the seven football-playing high schools in Whitfield and Murray counties are waiting until the regular signing period, which begins Feb. 5, to send in their national letters of intent.

The early signing period for NCAA Division I football, which runs until Friday, was first implemented in 2017. Recruits can also sign with their prospective schools to enroll for the 2021-22 season beginning in February.

That's the case for this area's football elite, like Christian Heritage's Evan Lester and North Murray's D'Ante Tidwell, among others.

Lester holds offers from Division I FCS and FBS schools, including Georgia Southern, Georgia State and South Florida. He was a two-way standout at wide receiver and safety for the Lions, which finished 10-2 and fell in the Class A Private second round this season. He expects to play safety in college. Lester is a two-star recruit, according to 247sports.com, a popular recruiting service.

Tidwell, a versatile running back, receiver and cornerback at North Murray, has offers from Army, Charleston Souther, Gardner-Webb, Navy and Shorter.

Due to the COVID-19 outbreak, the inability to visit campuses for in-person, official visits has played a role Tidwell's his decision to wait. The NCAA doesn't allow in-person recruiting or official campus visits.

"I'm waiting to make my decision because it's just hard not being able to go on visits and see where you will be living for four or more years," Tidwell said. "It's hard trying to decide from pictures and videos. I'm trying to build relationships."