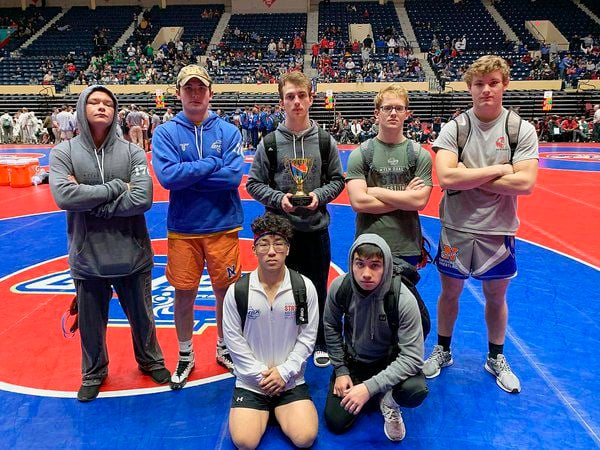 The Northwest Whitfield High School wrestling team finished fourth in Class 4A at the State Duals in Macon earlier this month.

The Bruins opened the tournament against Baldwin County High School with a 60-24 win. In the quarterfinals, Northwest lost to the fifth seed, Blessed Trinity Catholic High School, with a score of 44-30. In the wrestleback rounds, Northwest faced Eastside High School and defeated them 43-22. Northwest then met Cartersville in the consolation quarters and moved on to the semis with a 50-27 win.

In the consolation semis, Northwest defeated the third seed, Central Carrollton, with a win of 39-36. In the consolation finals, Northwest, once again, met Blessed Trinity Catholic High School, where they lost 46-21. The Bruins ended the dual wrestling season with a 33-9 dual record.

Edna Ruth (Myers) Land, age 89, of Tunnel Hill, GA, passed away of natural causes on Thursday, March 26, 2020, at Aurora Manor Special Care Center, Aurora, Ohio. She will be loved and missed by all who knew her. She loved to dance and be around family and friends. She was preceded in death b…