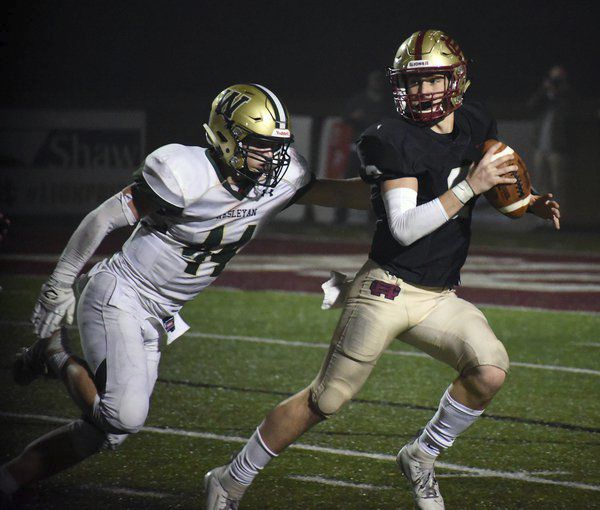 Wesleyan's Cardo Gottlich gets his hands on Christian Heritage's Christian Thomas to make a sack on Friday night in Dalton. 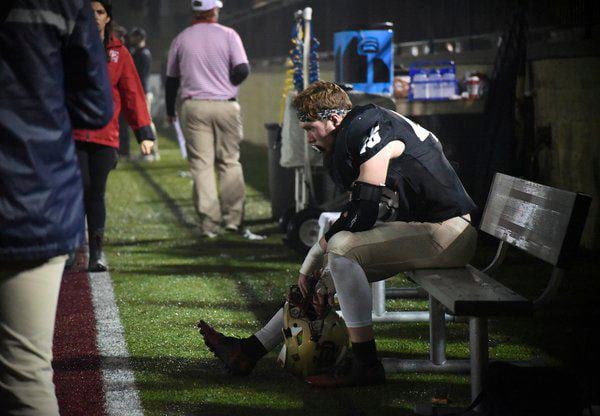 Christian Heritage School's Zane Gowin sits alone on the sideline as time ticks away in the fourth quarter against Wesleyan on Friday night in Dalton. 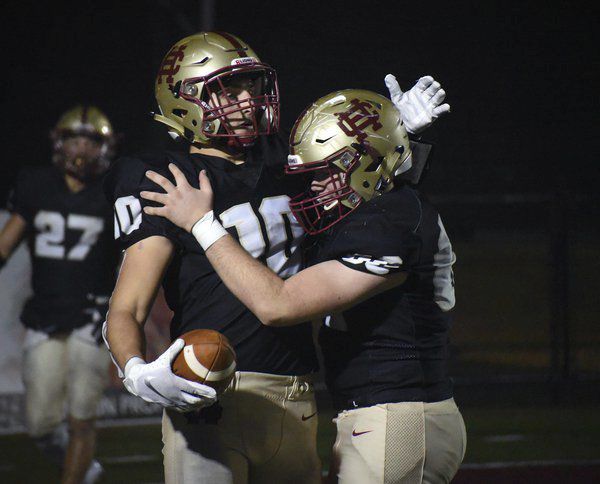 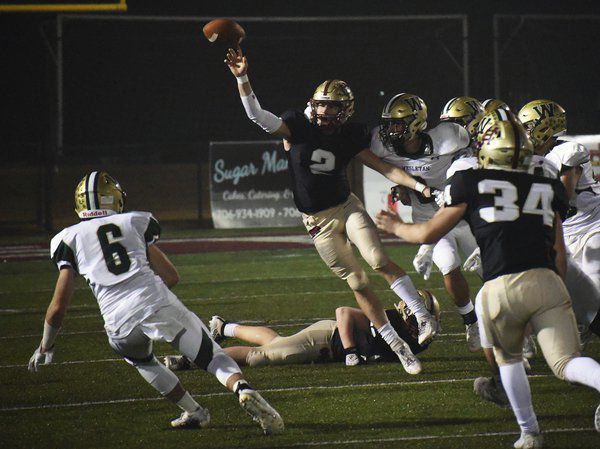 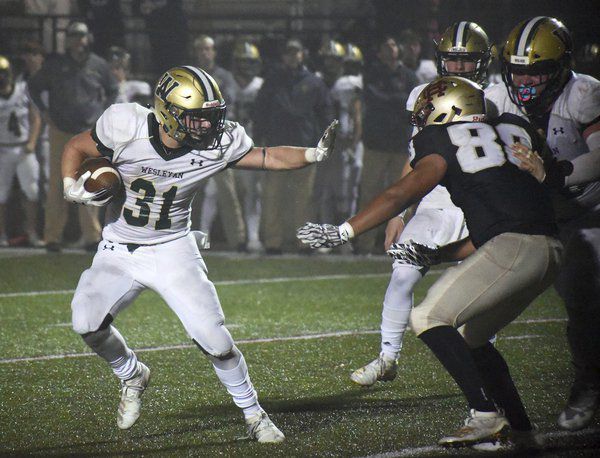 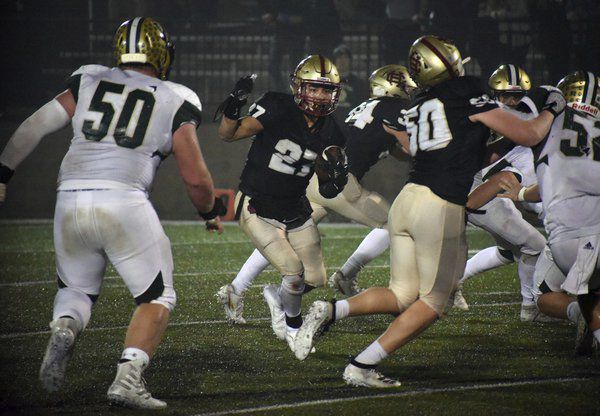 Wesleyan's Cardo Gottlich gets his hands on Christian Heritage's Christian Thomas to make a sack on Friday night in Dalton.

Christian Heritage School's Zane Gowin sits alone on the sideline as time ticks away in the fourth quarter against Wesleyan on Friday night in Dalton.

Wesleyan School quarterback JC French got hit. Multiple times in the first half he was limping, slow to get up and favoring his right leg on Friday night.

That didn't stop the sophomore, however, as he capitalized on just about every snap leading his team to a win over Christian Heritage in front of a Dalton home crowd in the second round of the Class A-Private playoffs, 34-13.

"He got hit in his thigh, and it tightened up sort of like a cramp," Wesleyan coach Franklin Pridgen said. "It's nothing more serious than that, and he just shook it off."

French finished with three touchdowns, two rushing and one passing. The Wolves scored twice with less than a minute remaining in the first half to gain momentum they would never lose as they advance to the Elite Eight.

"We knew we would have to score points tonight and had a lot of respect for the Lion offense," Pridgen said. "I'm just so thrilled with how our guys handled everything."

Christian Heritage ends its season with a multitude of firsts under its belt, most notably hosting a second-round playoff game for the first time in the Georgia High School Association since joining the organization at the beginning of the 2012-2013 school year.

The Lions began Friday night's loss with a long, steady drive only to be stuffed on 4th-and-goal from the 2-yard line and burning up most of the time in the first quarter.

"Not only did we not get it, but we left them on the 2-yard line and you have to feel good about that," Christian Heritage coach Jay Poag said. "As good as we've played defense all year, they went 98 yards on us. At that point it was 'Uh oh.'"

The first period ended scoreless, but Wesleyan struck first when French capped off that 98-yard drive with a 6-yard touchdown run.

After a Christian Heritage punt, Wesleyan was threatening again when Gage Leonard intercepted French on 3rd-and-9 from the Lions' 16-yard line. Leonard finished with a 1-yard scoring run once the Lions drove down the field again -- this time with points to show for it.

That's as close as Christian Heritage would get when quarterback Christian Thomas bobbled the snap on the extra-point kick, found Ethan Smith on the scramble and after Smith made the catch, he fell short of the goal line.

The Wolves held a 7-6 lead it never relinquished.

French worked his magic with just two minutes remaining before the break, finding Cooper Blauser and Andrew Van Wie on wide-open passes. The Wolves added a score on French's 4-yard touchdown run, then with less than a minute in the half.

Thomas was picked off by Wesleyan's Trent Bartlett to set up another score for the Wolves with seven seconds remaining in the second quarter. This time, Blauser caught the score from French from 11 yards out.

"He's awesome," French said with a smile. "It was a great catch and he made me look decent.

Poag said the Lions simply had a hard time with a talented group of Wesleyan receivers at the hands of French.

"I thought they made some phenomenal catches all night long," Poag said. "It wasn't just one of them, either. They made just some super, super catches."

The Wolves had the lead at the half, 21-6, and then punted for the first time on the night on their first drive of the third quarter. The lead gave them wiggle room to run as Griffin Caldwell took the load and ended up scoring on a 3-yard run with less than 30 seconds remaining in the period. The Wolves added another six points on two field goals from Javy Martinez -- who was also perfect on extra-point kicks -- in the final period.

Christian Heritage's only other score was a 7-yard pass to Evan Lester from Thomas late in the game.

Poag said the locker room after the game was down, yet positive.

"It wasn't a good night for us for lots of reasons," he said. "It was a tough locker room because it was not what we were expecting. A lot of good things were said in here, though. We have a lot of kids coming back. I have no doubt we say goodbye to a great group of seniors but we have a great group who is coming up and ready to get right back to work."

Pridgen, on the other hand, was just trying to soak it all in.

Wesleyan will host Savannah Christian next after it defeated Savannah Country Day on Friday, 35-14.

"We are enjoying right now, and we will worry about tomorrow, tomorrow," Pridgen said.