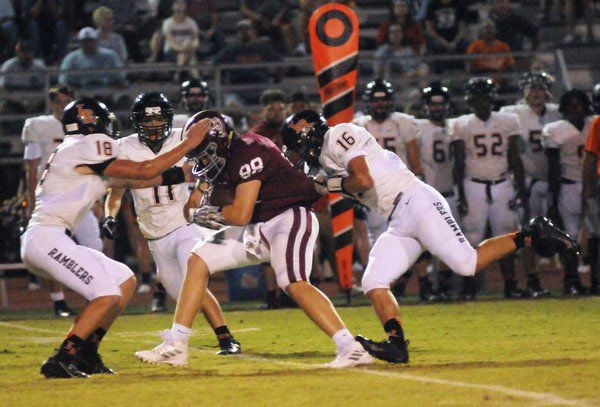 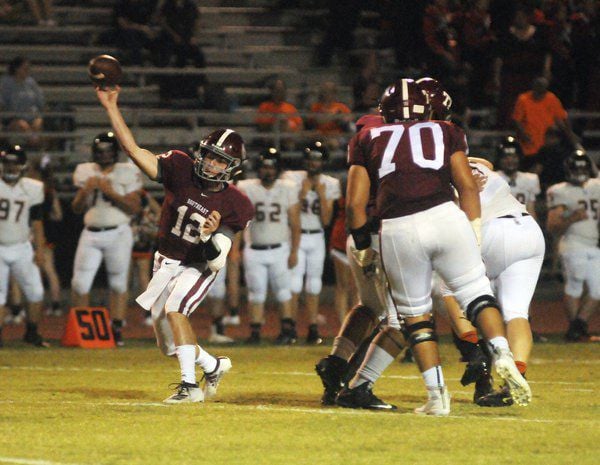 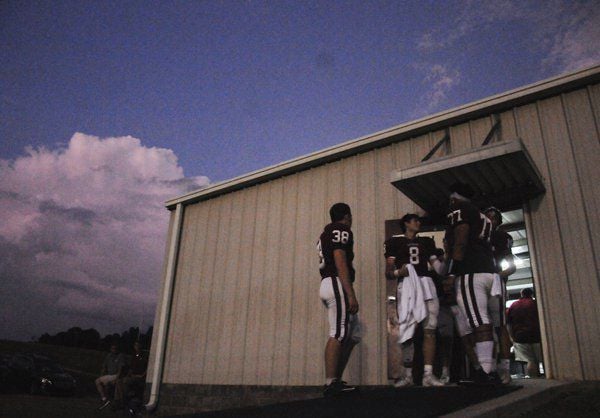 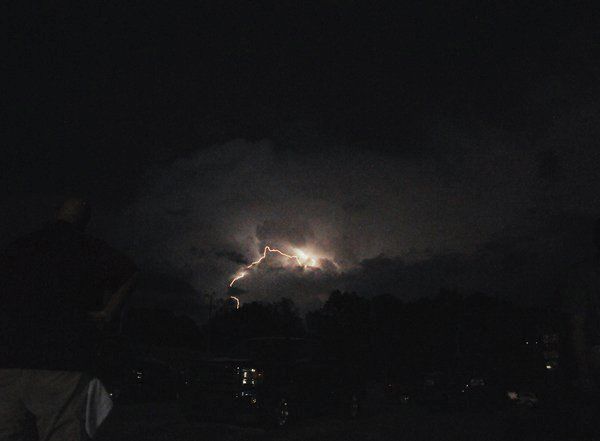 A strike of lightning lights up the sky near the Southeast Whitfield High School football field on Friday night during a delay in the Raiders' game against LaFayette. 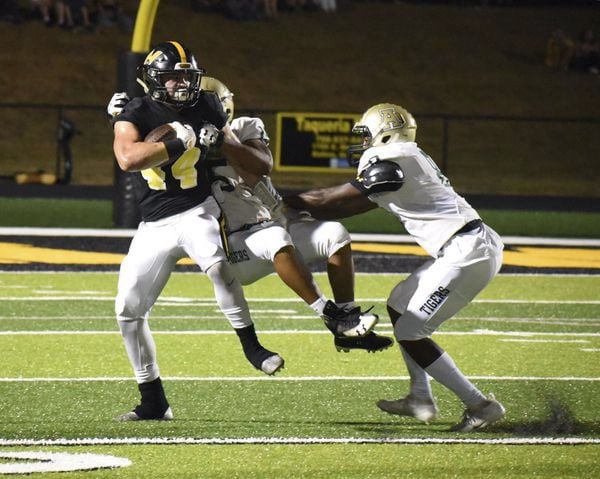 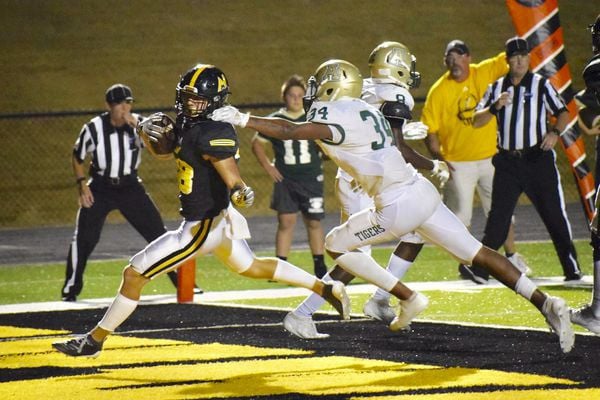 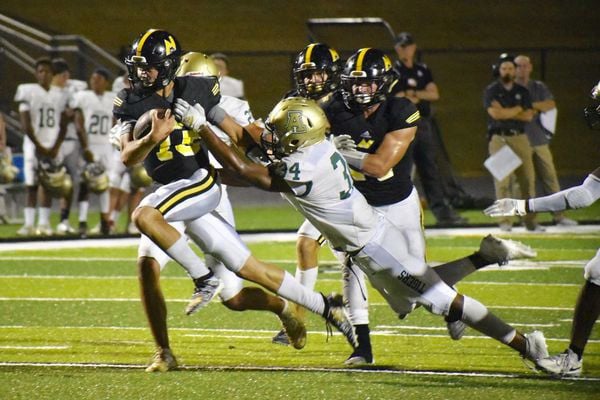 North Murray High School's Ladd McConkey breaks a tackle on his way to a touchdown Friday night against Adairsville.

A strike of lightning lights up the sky near the Southeast Whitfield High School football field on Friday night during a delay in the Raiders' game against LaFayette.

North Murray High School's Ladd McConkey breaks a tackle on his way to a touchdown Friday night against Adairsville.

Southeast (0-5, 0-1 in Region 6-4A) was trailing 33-6 when the game was called final at approximately 11 p.m. Friday. There was 8:39 remaining in the third quarter when the game was in its second lightning delay of the night.

North Murray's game against Adairsville is counted a win for the Mountaineers, 28-0, as it was called final less than 10 minutes after Southeast's game ended. North Murray (4-1, 3-0 in Region 6-3A) was in its third lightning delay of the night, and there was 5:46 remaining in the second quarter when it ended.

After going in and out of the locker room seemingly all night, North Murray coach Preston Poag said both coaches agreed it might be a long time until the teams were able to take the field once more and decided to call the game.

Poag said he had never experienced a game like that, and noted he thought the weather would clear up but it never did.

When the game originally started, Adairsville lost 7 yards on its first play from scrimmage and then the first lightning delay hit in Chatsworth. After more than an hour, play resumed, and the Mountaineers forced a 3-and-out. Quarterback Ladd McConkey rushed for a 30-yard touchdown on North Murray's first play from scrimmage to give his team a 7-0 lead with 9:49 left in opening quarter.

North Murray then forced another 3-and-out. When back on offense, Dylan Flood rushed for 58 yards on the first play of the drive, and Noah Lunsford extended the lead for North Murray with a 9-yard touchdown run, 14-0. As time expired in the first quarter, McConkey found Hayden Hulett in the corner of the end zone for a 15-yard score.

Then the second delay hit.

Another 40 minutes later, North Murray resumed play and Lunsford scored again for the Mountaineers on an 8-yard run for the final score of the night.

The game entered its third lightning delay and would not resume.

After defeating Calhoun last week, who had previously not lost a region game in nearly 18 years, Poag said he was a little concerned about his team having a letdown Friday but quickly changed his mind.

"We practiced really well this week," he said. The biggest take away is that we played really well in all phases. We were physical on defense and they couldn't stop us on offense. I knew pretty early that we were focused.

"We responded really well after a huge victory -- the biggest win in school history."

Southeast's only score in the loss came on a 8-yard touchdown pass to Bryson Lofton from Adam Sowder.

Still winless this season, Raiders coach Sean Gray was straight to the point after the game ended early.

"We have to find a way to get better," he said.

Southeast travels next Friday for a game at Pickens, while North Murray continues its quest for its first region title in school history at Murray County.