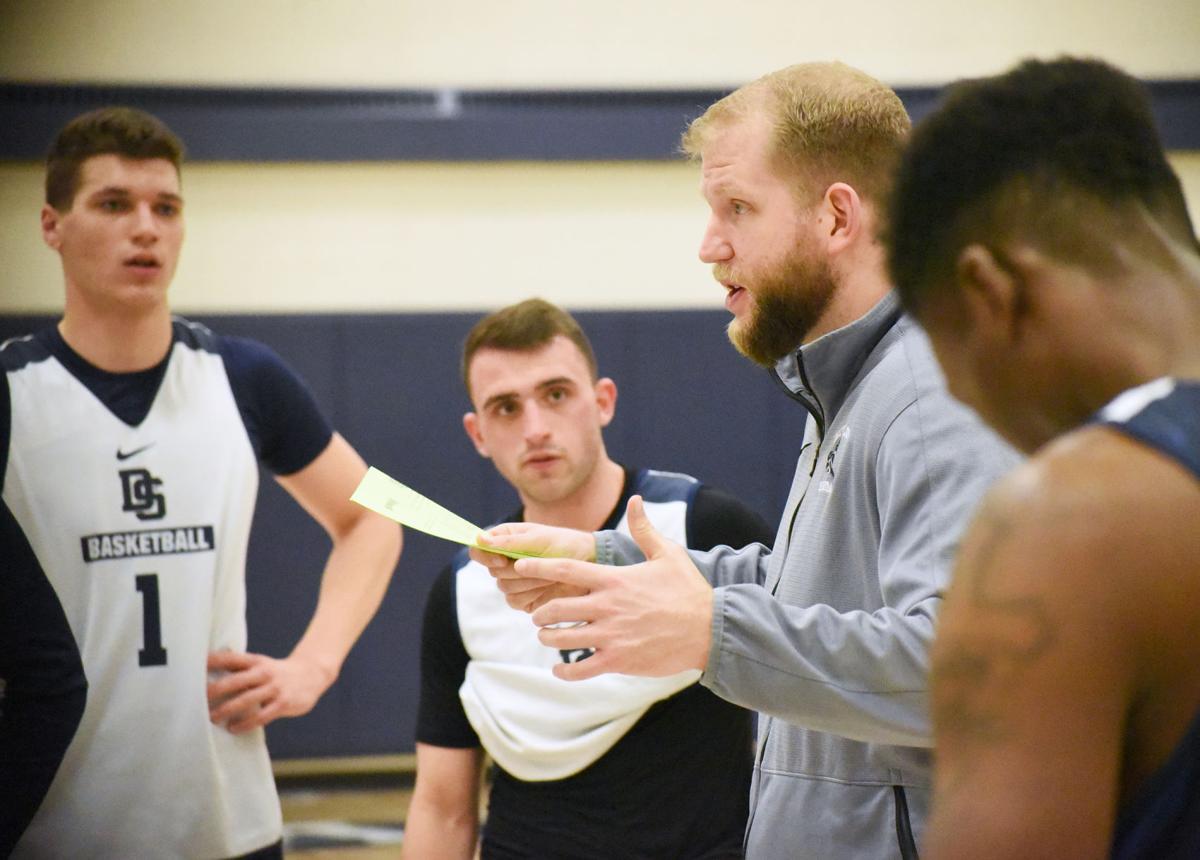 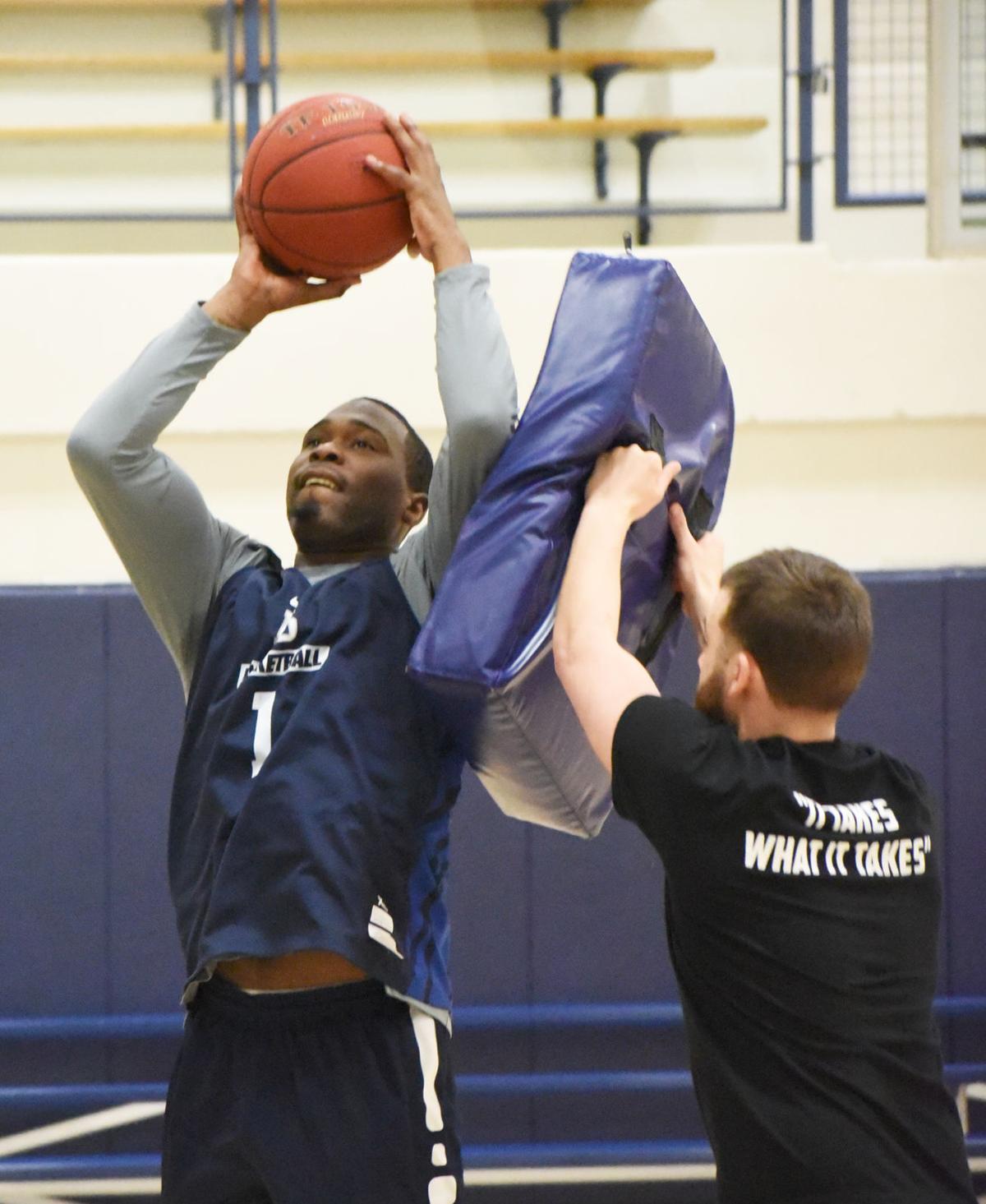 On the front of the gray shirt, in Roadrunner blue, reads "One More." On the back, "shot," "rebound," "steal," "charge" and other words all lead to one word — win.

"It's been one of our slogans all year long," Ireland said after the practice, the final before the team traveled to Montgomery, Alabama, to play in the Southern States Athletic Conference Tournament. "We try not to focus on what we've done and what's in the past. We try to let that go and focus on what we need to do in the future. All of that calculates to one more win."

Dalton State will need one more win three times in three days to win the conference tournament, which began Wednesday and ends Saturday. The Roadrunners earned the No. 2 seed in the tournament and a first-round bye thanks to a 27-3 regular season and a 15-3 conference mark. The 27 victories set a school record for most wins as an NAIA program. Dalton State faces No.7-seeded William Carey at 2:15 p.m. CST Thursday to tip off their journey in the tourney.

Dalton State missed out on a chance at the top seed in this year’s conference tournament, and a guaranteed automatic spot in the NAIA tournament, thanks to a regular-season loss to first-seeded Faulkner last Thursday. The Roadrunners will have to win the tournament or finish second to Faulkner in the finals to receive an automatic bid, but nationwide fourth-ranked Dalton State could still seize an at-large selection to the 32-team tournament if that doesn’t happen. The NAIA tournament is March 18-24 in Kansas City, Missouri.

"I know we all feel like we gave up that one game to win the conference," Roadrunner senior guard Kevon Tucker said of that Faulkner setback. "We're coming in very hungry, and we really want that championship."

Despite that setback, Tucker's fellow senior, Roadrunner leading scorer Randy Bell, said a prolific regular season has built confidence in a Dalton State team ready to pay it off in the postseason. Bell averaged 17.2 points per game in helping the Roadrunners win 17 straight games at one point and finish with a 15-3 conference mark.

"It builds confidence, but we know we have to come and play every night," Bell said. "We'll be focused and ready for that."

Tucker finished right on the heels of Bell with 16.2 points per game. The senior duo has been the driving force behind the success of a Roadrunner team with records already in tow and sights set on more.

"We lead by example and by talking," Bell said. "We know that if it doesn't start with us, it might not start. We've got to be the first ones to do it. This is our last year, and we've got to show people what to do and how to do it. "

"Coach gave us the chance to make it our team," Tucker said. "Whatever we make of the rest of the season, that's what's going to come of it."

The Roadrunners come into the tournament healthy, minus a few bumps and bruises, according to Ireland.

"We all have good spirit," Bell said. "We're just like one big family. When one goes down, we pick each other up, and that's how it's been right from the start."

That family spirit has defined the season, according to Ireland.

"One of the best things about this team is that they really love playing together,” Ireland said. “The feeling as we head out for Montgomery is to cherish the time that we have left. We obviously have goals. We'd like to go win the conference. But it all starts with just cherishing our time and taking it one step at a time.”

To reach that goal and extend the season, the Roadrunners will have to power through a tough field. Three SSAC teams — Dalton State, Faulkner (No. 8) and Loyola (21) — are ranked in the NAIA top 25, with two more listed in the others receiving votes category.

"It's probably the deepest the league has ever been,” Ireland said. “From one to 10, anybody can beat anybody. It'll be a lot of fun to go out and compete against a really deep field."

For Ireland, this season is already a special one. He took over as interim coach in August 2018 after the retirement of Dalton State’s national championship coach, Tony Ingle.

After seeing so much success in his first year as official head coach, Ireland hopes to add some more success — and time — before the season ends.

"Any time you have accomplishments like what we've had, obviously it's always special,” Ireland said. “It's special not just because of the record, but because of the group you share it with. The journey of being with them every day, in a Wendy's on the road, in the locker room, on a bus, in a hotel room or in McKenzie, Tennessee (where SSAC opponent Bethel University is located), that's special. It's just such a special group of guys.”

“That's where the ‘one more’ slogan comes in,” he said. “You just want to keep extending that one more game.”